Nepal claims road to Kailash-Mansarovar passes through Lipulekh, a territory claimed by both South Asian neighbours. 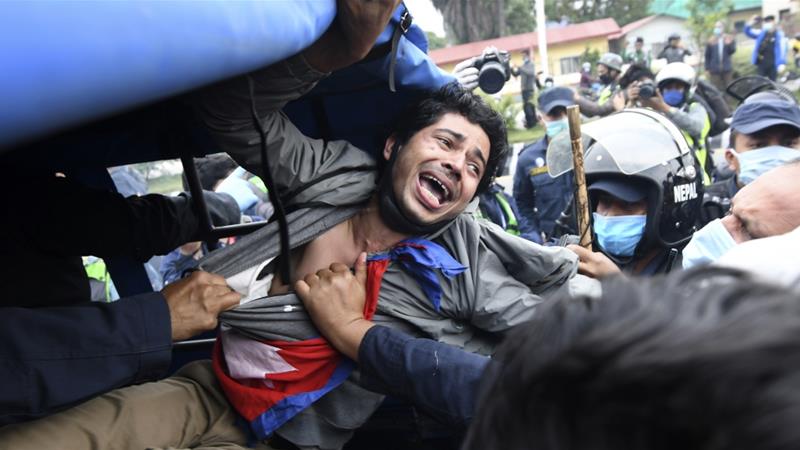 Nepal has protested against India’s inauguration of a Himalayan link road built in a disputed territory which falls at a strategic three-way junction with Tibet and China.

India’s Minister of Defence Rajnath Singh on Friday inaugurated the 80-kilometre (50-mile) Lipulekh road, which will serve as the shortest route between capital New Delhi and Kailash-Mansarovar, a revered Hindu pilgrimage site in the Tibetan plateau.

The link road via Lipulekh Himalayan Pass is also considered one of the shortest and most feasible trade routes between India and China.

Nepal views the alleged incursions as a stark example of bullying by its much larger neighbour.

Nepal’s foreign ministry condemned India’s “unilateral act” that “runs against the understanding reached between the two countries … that a solution to boundary issues would be sought through negotiations.”

“The Government of Nepal has learnt with regret about the ‘inauguration’ yesterday by India of ‘Link Road’ connecting to Lipulekh (Nepal), which passes through Nepali territory,” Nepal’s Ministry of Foreign Affairs said in a statement on Saturday.

It asked New Delhi “to refrain from carrying out any activity” on the road that has triggered a fresh dispute over the strategically important territory. 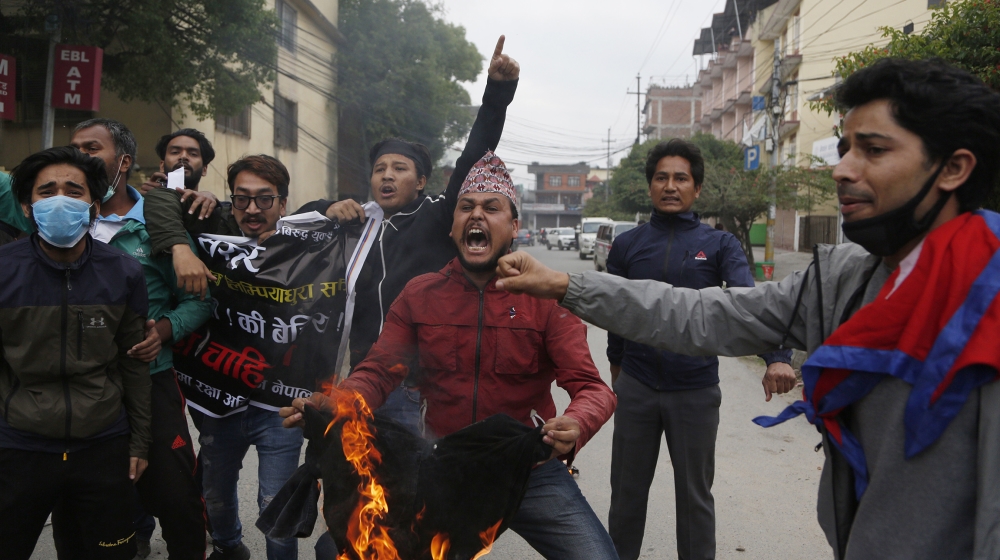 “India is committed to resolving outstanding boundary issues through diplomatic dialogue and in the spirit of our close and friendly bilateral relations with Nepal,” Indian foreign affairs spokesman Anurag Srivastava said in a statement.

Lack of maps published by Nepal

The Lipulekh Pass is claimed by Nepal based on an 1816 treaty it entered with the British colonial rulers to define its western border with India.

Kathmandu also claims the highly strategic areas of Limpiyadhura and Kalapani, although Indian troops have been deployed there since New Delhi fought a war with China in 1962.

Lokraj Baral, former Nepali diplomat, explained that according to the Treaty of Sugauli, Kali river was agreed as the demarcation line for the boundary between India and Nepal.

But there are two Kali rivers, which created the scope for different interpretations by the two neighbours.

Part of the boundary issue, the former Nepali diplomat said, is due to a lack of maps published by Nepal.

“Nepal did not have the capacity to produce maps, so it depended on maps published by the British India. The first boundary claim by Nepal was made in 1962,” he said, adding that Nepal needs to publish new maps.

“Foreign Minister Pradeep Gyawali conveyed the government of Nepal’s position on boundary issues to Ambassador of India to Nepal Vinay Mohan Kwatra at a meeting held at the Foreign Ministry today and handed over a diplomatic note in this regard,” a note issued by the ministry said.

Last year, New Delhi published a new map that showed Kalapani within its borders, a move protested by Kathmandu.

The Himalayan region, which borders the Indian state of Uttarakhand, is also included in Nepal’s official map.

In 2015, Kathmandu had also objected to an agreement between India and China to include the Lipulekh Pass as a bilateral trade route without Nepal’s consent.

The Kathmandu Post newspaper reported that the Nepalese government had been seeking dates for talks to resolve boundary issues since November, when India included Kalapani in its new map, but New Delhi has not yet responded to the request.

On its part, New Delhi has said it was open to talks once the coronavirus lockdown is eased. But Kathmandu wants the talks to be held as soon as possible.

“We are ready for talks at any level with India – at the prime minister level or the foreign secretary level,” Gyawali was quoted as saying by the Post.

“Boundary issue is not new, it’s a difficult issue and it should be settled diplomatically through high-level talks,” Baral, the former Nepali diplomat, said.

“An expert group should be formed which will visit the disputed area and agree on a demarcation line between the two neighbours.”

But Baral added that there was a “trust deficit” between the governments of the two countries.

On Saturday, police arrested dozens for demonstrating close to India’s embassy in Kathmandu, bringing back the memory of anti-India protests in the wake of the 2015 border blockade imposed by India.

The hashtag #backoffindia was trending on Twitter in Nepal during the weekend.

The same hashtag had gained widespread traction in 2015, when landlocked Nepal accused India of imposing a border blockade as the Himalayan nation recovered from two devastating earthquakes.

EU has itself to blame! Bloc ‘bigger helper’ of growing euroscepticism in Bulgaria