Russian President Vladimir Putin kept Turkish President Recep Tayyip Erdogan waiting outside the meeting room ahead of negotiations for a ceasefire in Syria. In the video, President Erdogan sat down before eventually being ushered into the room where he shakes President Putin’s hand. Putin said after six hours of talks, the two leaders agreed on a deal.

The deal did not address some key Turkish demands including withdrawal of Syrian government forces from its observation posts.

Mr Erdogan announced an accord which cements territorial gains by Russian-backed Syrian forces over Turkish-backed rebels.

Returning from Russia, Erdogan said his deal with Putin will lay the ground for stability in Idlib and protect civilians who could otherwise become refugees in Turkey, after months of fighting that has displaced nearly a million people.

He said: “The ceasefire brings about important gains.” 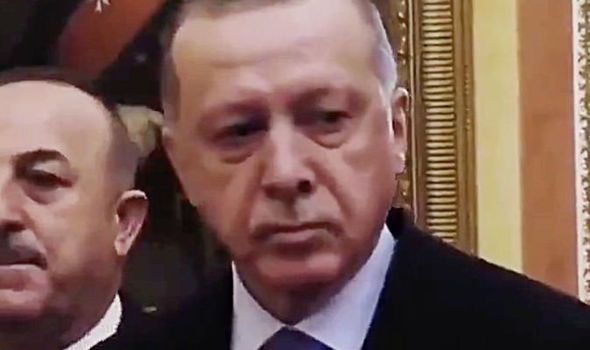 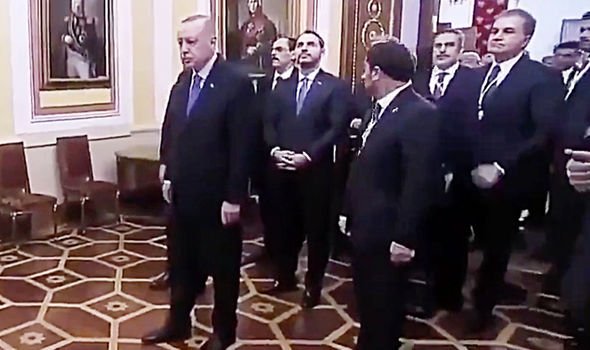 The agreement, if it holds, does stem the advances of forces loyal to President Bashar al-Assad, easing Ankara’s greatest fear – an influx of Syrians fleeing bombardment in Idlib and clamoring to cross its border and join 3.6 million Syrian refugees already in Turkey.

But by freezing the front lines, and agreeing joint Russian-Turkish patrols on a major east-west highway running through Idlib, the deal consolidates Assad’s recent battlefield victories and allows Russia to deploy deeper into Idlib than before.

Ozgur Unluhisarcikli of the German Marshall Fund said: “The Syrian army was stopped, but not repelled. That is perhaps Turkey’s biggest loss.”

Assad’s progress in weeks of fierce combat includes taking full control of the other main highway running through Idlib, the north-south road linking the capital Damascus to Aleppo and other important Syrian cities. 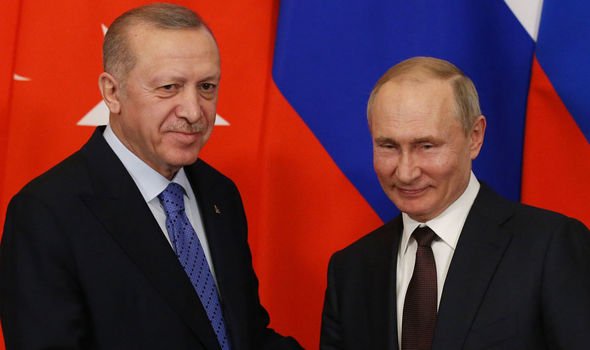 In Moscow, Thursday’s deal was widely seen as a triumph for Putin and Assad at Erdogan’s expense.

The region around Idlib and parts of neighboring provinces formed one of four rebel-held areas which Russia, Iran and Turkey designated “de-escalation zones” three years ago in an effort to stem the bloodshed. 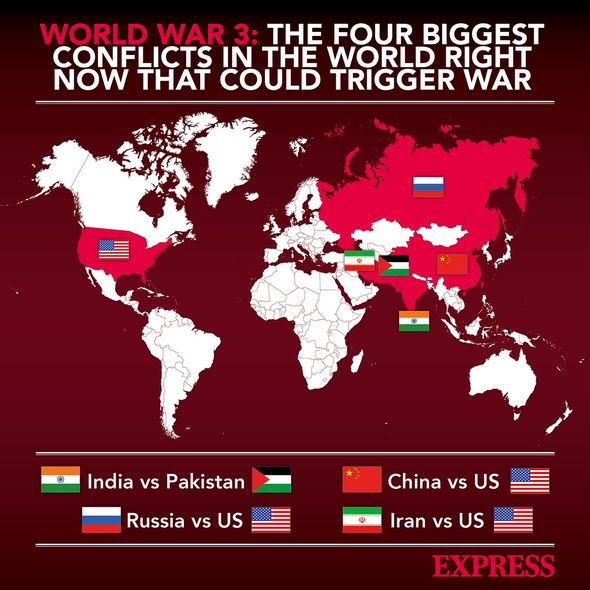 The agreements were short-lived, however. Since then, Syrian forces and their Russian and Iranian allies have retaken the other three “de-escalation zones” from the rebels and Assad has vowed to regain all of Idlib too.

The latest accord risks being as short-lived as other ceasefire deals in Syria, analysts in Turkey and Russia said.

Mr Unluhisarcikli added: “The agreement between Turkey and Russia is not a final one, it’s a temporary ceasefire.

“Clashes may start again in the coming days.”