Forecasters say Sally will bring dangerous weather conditions and the risk of flooding to an already battered coastline. 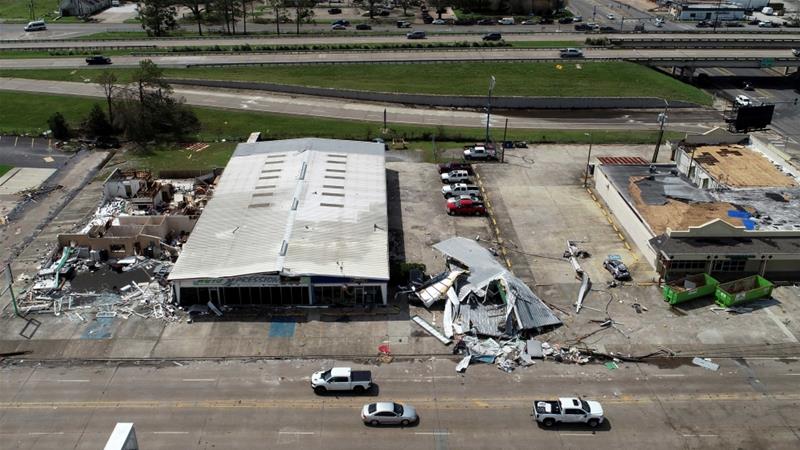 Storm-weary United States Gulf Coast residents prepared for a new weather onslaught on Monday as Tropical Storm Sally slowly churned towards them, with forecasters predicting it would make landfall as a hurricane.

“The bottom line continues to be that Sally is expected to be a dangerous slow-moving hurricane near the coast of southeastern Louisiana, Mississippi and Alabama during the next 2-3 days,” the National Hurricane Center said early on Monday.

Sally is perhaps the least welcome guest among lots of company: For only the second time in recorded history, there are five tropical cyclones churning in the Atlantic basin, meteorologist Philip Klotzbach said: Paulette, Rene, Teddy and now Vicky also are spinning over ocean waters.

Jeffrey Gagnard of Chalmette, Louisiana, spent Sunday in Mississippi helping his parents prepare their home for Sally – and making sure they safely evacuated ahead of the storm.

“I mean, after [Hurricane] Katrina, anything around here and anything on the water, you’re going to take serious,” he said, as he loaded the back of his four-wheel drive with cases of bottled water in a grocery store car park in Waveland, Mississippi. “You can’t take anything lightly.” 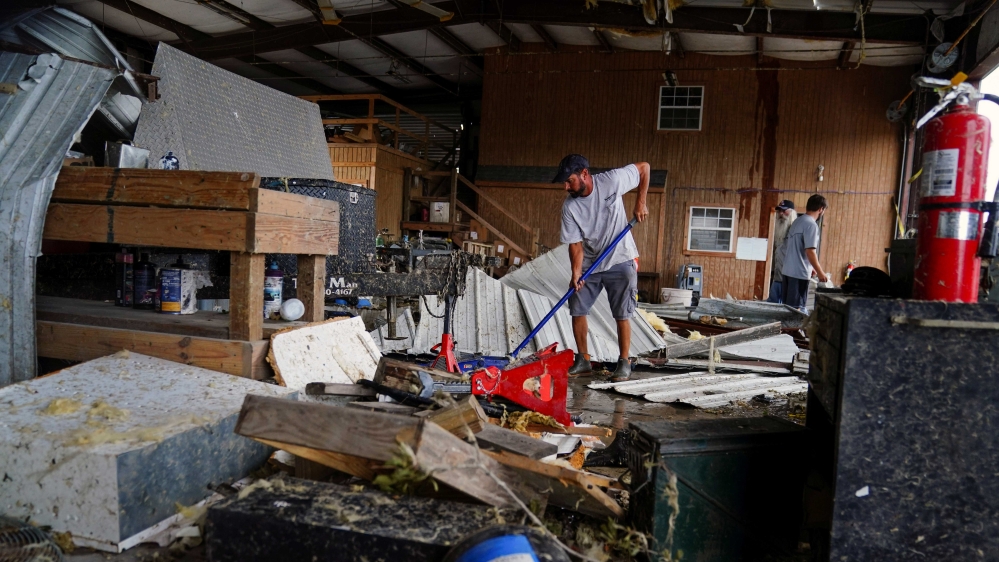 Gagnard said he planned to head to neighbouring Louisiana to prepare his own home for strong winds and heavy rain Sally was expected to bring to the New Orleans area.

Forecasters from the National Hurricane Center in Miami said Sally is expected to become a hurricane on Monday and reach shore by early Tuesday, bringing dangerous weather conditions, including risk of flooding, to a region stretching from the western Florida Panhandle to southeast Louisiana.

“I know for a lot of people this storm seemed to come out of nowhere,” said Louisiana Governor John Bel Edwards. “We need everybody to pay attention to this storm. Let’s take this one seriously.”

Edwards urged people to prepare for the storm immediately. He also said there are still many from southwest Louisiana who evacuated from Hurricane Laura into New Orleans – exactly the area that could be hit by Sally, which is a slow-moving storm.

In Mandeville, a city about 56 kilometres (35 miles) north of New Orleans, resident Chris Yandle has purchased a week’s worth of groceries and moved all his patio furniture into his family’s house and shed in preparation for the storm.

“I’m mostly trying to stay calm – especially with a family of four and a dog to worry about,” Yandle said. “I’ve lived through many hurricanes growing up in Louisiana, but I haven’t felt this anxious about a hurricane in my life.”

“It needs to be understood by all of our friends in the coastal region and in south Mississippi that if you live in low-lying areas, the time to get out is early tomorrow morning,” Governor Tate Reeves said late on Sunday.

In Waveland, Mississippi, Joey Chauvin used rope to tie down a tall wooden post topped with a statue of a pelican serving as a marker at the driveway leading to his weekend camp. He said a matching pelican marker on the opposite side of the driveway was washed away by Tropical Storm Cristobal earlier this summer. That storm pushed more than one metre (three feet) of water into the area. 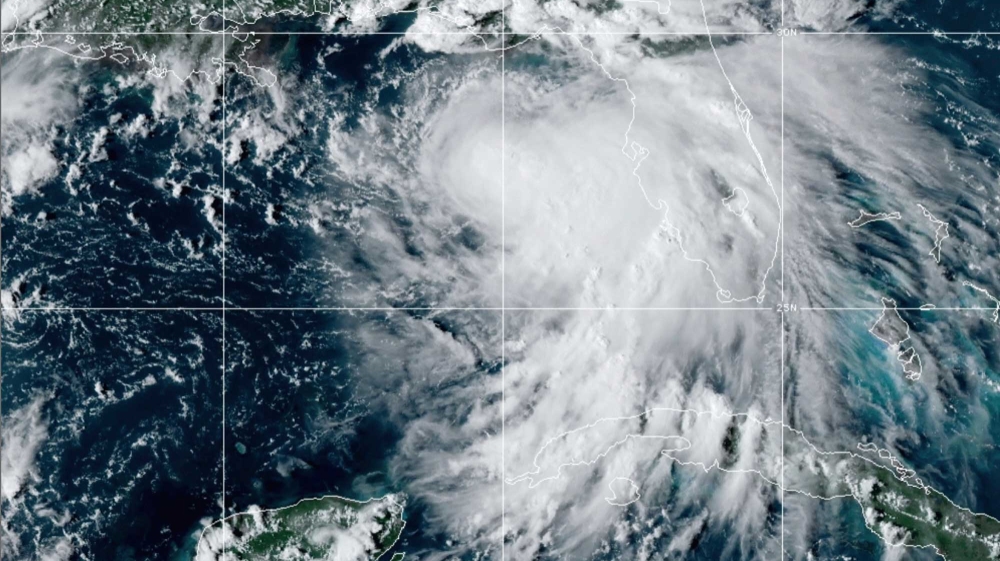 “If this one hits the coast as a Cat 2, I’m thinking we’re gonna have at least six to seven feet of water where we’re standing at,” Chauvin said. “So, yeah, we’re definitely not going to stay.”

The system was moving west-northwest at 13 kilometres per hour (eight miles per hour) on Monday morning. It was centered 185km (115 miles) east-southeast of the mouth of the Mississippi River, and 265km (165 miles) southeast of Biloxi, Mississippi. On Sunday, Florida’s Gulf Coast was battered with windy, wet weather.

Sally could produce rain totals of up to 610mm (24 inches) by the middle of the week, forecasters said. Its maximum sustained winds on Monday morning were near 100km/h (65mph).

“That system is forecast to bring not only damaging winds but a dangerous storm surge,” said Daniel Brown of the Hurricane Center. “Because it’s slowing down it could produce a tremendous amount of rainfall over the coming days.”

All northern Gulf Coast states are urging residents to prepare.

“It is likely that this storm system will be impacting Alabama’s Gulf Coast. While it is currently not being predicted as a direct hit to our coastal areas, we know well that we should not take the threat lightly,” said Alabama Governor Kay Ivey. She urged residents to prepare and stay informed of the storm’s path in the coming days.

One dead after Surrey house fire

Joe Biden: I wasn't surprised Trump got the coronavirus