Footage has emerged of Ukrainian citizens formerly under Russian occupation crying with joy as soldiers from the Kraken battalion enter their city after forcing Putin’s forces to flee. One woman asks to kiss the soldier holding the camera, while another demands that she hug him for his efforts. Residents from all over the strategic city of Kupyansk, located in the east of Ukraine in the Kharkiv Oblast, seemed exhausted and relieved to see Ukrainian forces arriving after living under occupation for almost eight months.

Kupyansk, which is an important railroad junction for the oblast, was occupied by Russian forces as early as February 27, just three days after the invasion.

One of the first citizens in the footage says to the soldier, “Young man, are you Ukrainians?” After an affirmative answer, she says: “Let me kiss you!”

Another woman later in the video begins to run towards the soldier as tears stream down her eyes.

Embracing the Kraken soldier, she says: “Let me hug you. We were waiting for you so much.” The soldier says: “All will be fine. Don’t worry.” 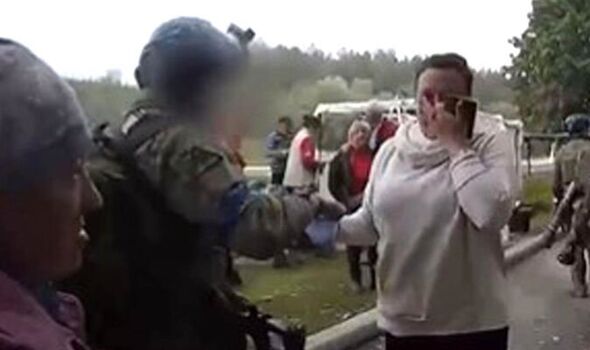 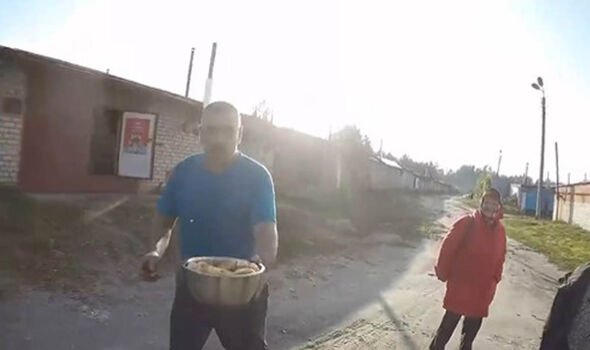 Several residents offer the soldiers pastries as they try to thank them for pushing out the Russians, who had reportedly set up a torture chamber in the local police station for those who disagreed with Putin’s regime.

A number of young boys also run up to the soldiers to shake their hands or give them a hug, while others try on the Kraken uniforms.

One woman, stifling sobs, says: “You just don’t leave us, please.” The soldier responds: “No one will leave you.”

Throughout the video, people also come up to the soldiers to say “Slava Ukraini”, a national slogan that translates as “Glory to Ukraine”. 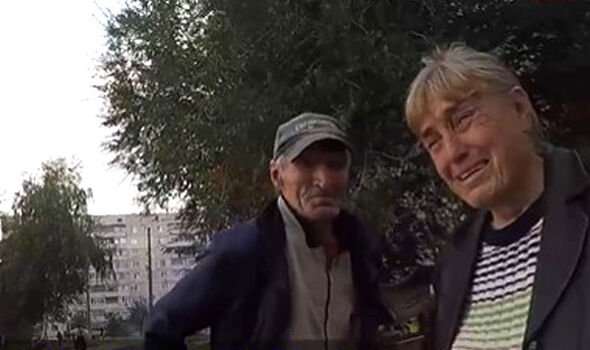 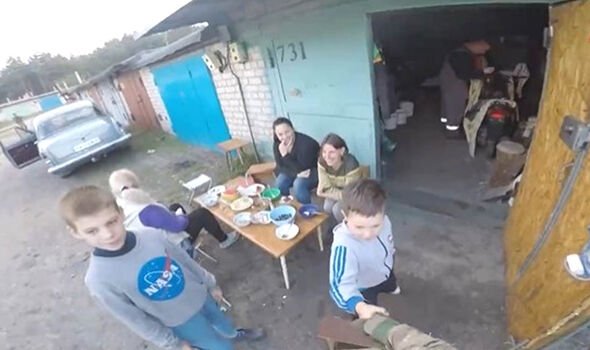 When Russia reached the city of Kupyansk, which is less than 50 kilometres from the Russian border, they swiftly took it over.

Roughly thirty thousand citizens watched their city as its essential Ukrainian identity was ripped away.

Russian forces occupied all administrative buildings, painted the fences with the tricolor, and set up a torture chamber.

It was not until the end of September that the Armed Forces of Ukraine entered Kupyansk, liberating the city before pushing on deeper into Russian territory. 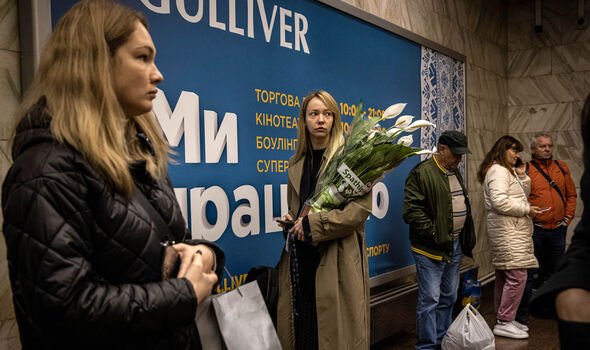 In the latest developments to the war in general, however, massive explosions shook the Ukrainian capital and other cities during the morning rush hour on Monday in apparent Russian revenge strikes after President Vladimir Putin declared an explosion on the bridge to Crimea to be a terrorist attack.

The attacks were the most intense to hit the Ukrainian capital since the early days of the war and sent residents fleeing for bomb shelters and thick smoke billowing skywards.

Explosions were also reported in Lviv, Ternopil and Zhytomyr in Ukraine’s west, and in Dnipro in central Ukraine.

At one of Kyiv’s busiest road junctions, a massive crater had been blown in the intersection. Cars were blown out, buildings were damaged and emergency workers were on the scene.

Two cars and a van near the crater were completely wrecked, blacked and pitted from shrapnel.

In Libya, water cuts add to misery of conflict and coronavirus