Marketed as “world-beating”, the plane costs a whopping £74 million to manufacture. The jets have been deployed to Ukraine and have flown many sorties during the current war. They boast all the qualities associated with the best modern fighters in the world, such as super-manoeuvrability and supersonic speed.

Yet despite these advantages, a humble Ukrainian pensioner was allegedly able to shoot down one of the jets with his hunting rifle – leaving the Russian President incandescent with rage.

In a video clip posted by Ukraine’s State Border Guard Service, Valeriy Fedorovych explains how he climbed onto the roof of his house to take a pot shot at one of the fighter jets bombing his city.

He explained: “On the second lap, how did it go?

Images from the video show an SU-35 jet hurtling towards the ground, as onlookers cheer its destruction. 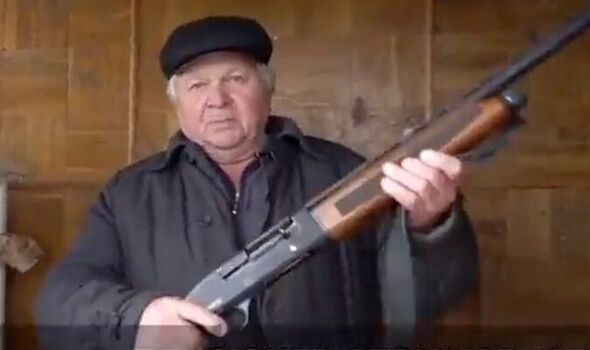 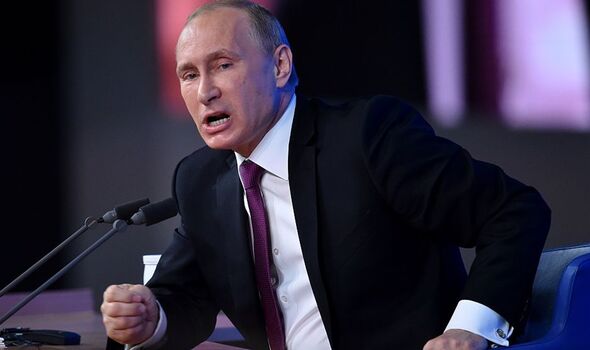 Mr Fedorovych is also filmed with his rifle slung over his shoulder and walking around the bombed out ruins of his neighbourhood.

He shows off remains of the destroyed Russian jet, that he keeps in his garage.

The incident is alleged to have taken place in August. Later the pensioner was awarded a medal for his actions.

The State Border Service of Ukraine called Mr Fedorovych a “hero” and said they wanted to reward him for his “assistance in the protection of the state border.”

A photo shows the pensioner proudly exhibiting his medal to journalists. 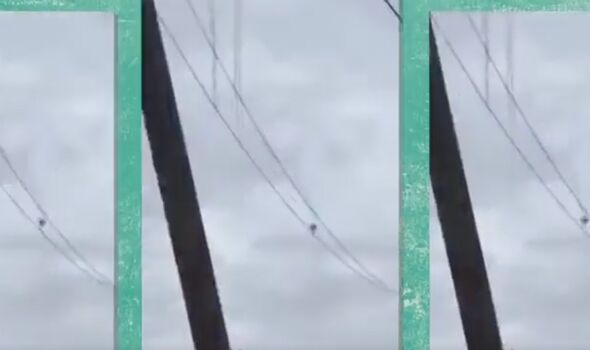 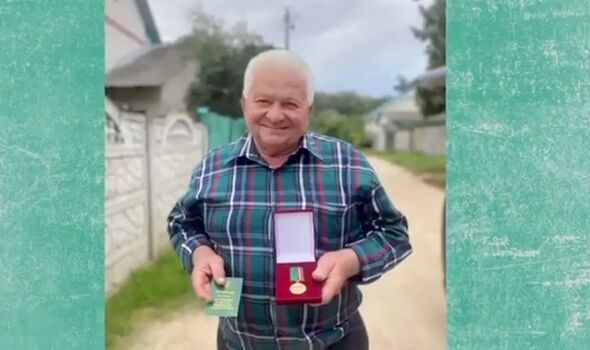 Some critics claim the SU-35 is the most overhyped 4++ generation fighter aircraft.

Abhirup Sengupta, an aviations expert, said: “‘It’s marketed as ‘world-beating’ – something it doesn’t come close to.

“Despite being marketed as 4++ gen, Su-35 has the least capable avionics suite among its competitors.”

This is not the first time a Ukrainian pensioner has decided to take on the Russian army single-handedly.

In February another pensioner took out a fuel truck as a Russian military column drove past his house in Bucha. 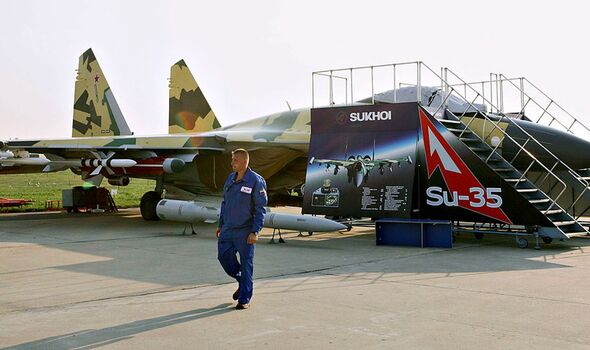 Valentyn Didkovskiy, who trained in the Soviet Army in 1979, reportedly picked-up a grenade launcher that he had been given by some friends.

He then aimed it at a fuel truck, which burst into flames as it was struck by the grenade.

Mr Didkovskyi later filmed the aftermath of the attack he initiated, which showed burnt out armoured personnel carriers and the tanker.

As he films, he says: “That’s what happened near my f*ing house.