President Zelensky’s defence have been accused of attacking homes and warehouses in areas of Southern Ukraine currently under the control of Russian occupiers. The Ukrainian military launched an attack on a storage facility holding Kremlin weapons using powerful US missile systems provided by the Biden administration. Vladimir Putin’s acting administration in the Russian-occupied city of Nova Kakhovka have branded the attack a brutal offence on “peaceful cities” using “American weapons.” Moscow’s officials claim up to 80 people have been injured in a series of explosions intended to destroy Russian military supplies.

Speaking on the BBC’s Ukrainecast, Victoria Derbyshire said: “Ukraine’s military says it has destroyed a Russian ammunition depot in the southern city of Nova Kakhovka, killing dozens of soldiers. 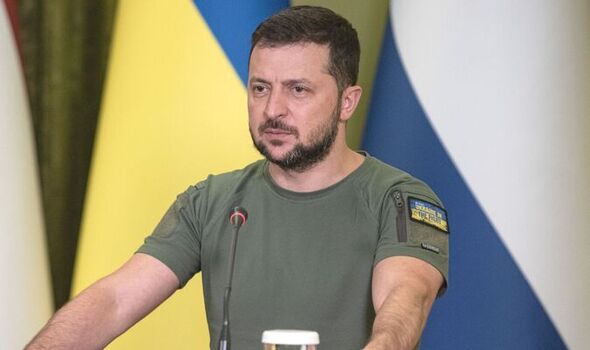 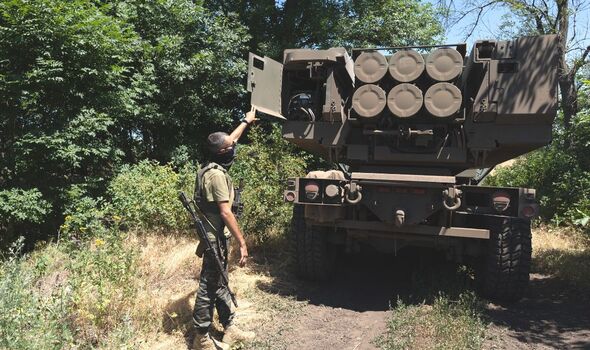 “Other Russian officials say homes and warehouses were also hit, leaving seven people dead and up to 80 people injured.”

Mr Garnder added: “It hasn’t been possible to actually verify the exact extent of damage or casualties.” 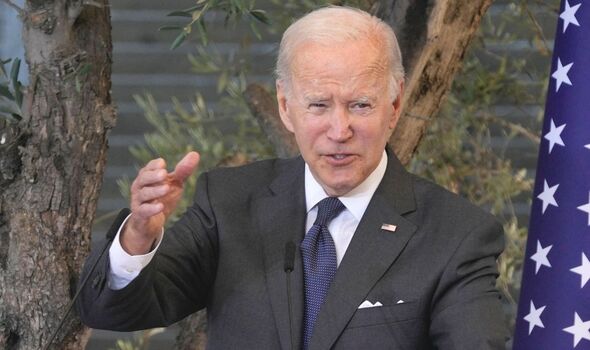 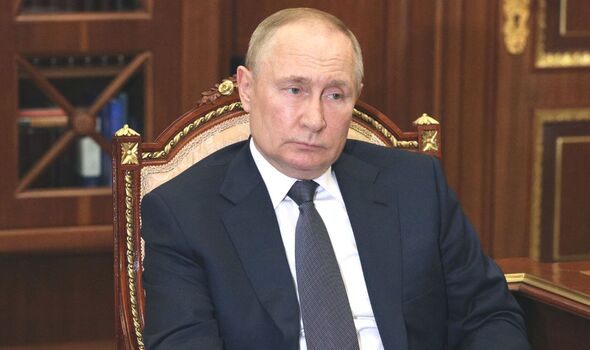 The Defence of Ukraine Twitter account confirmed: “Ukrainian forces have destroyed a Russian ammunition depot in the occupied town of Nova Kakhovka.”

The statement was accompanied by a video of a huge fiery explosion bursting into the night sky, as sparks and shrapnel flew outwards, covering the surrounding landscape.

The missile launch was confirmed to have taken place on Monday evening, prompting the Russian-installed officials to respond condemning the attack on Tuesday morning.

Following confirmation of the attack, the Defence of Ukraine posted a graphic to their official social media which read: “They inspire us, they terrify the enemy, they are HIMARS.” 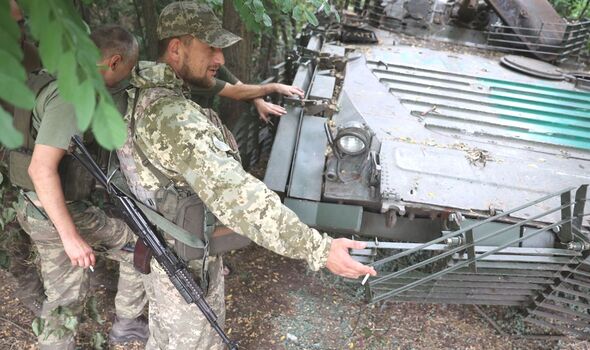 A statement from the US Bureau of Political-Military Affairs outlined American military provision to the Ukrainian defence, which included the supply of eight HIMARS systems and the necessary ammunition.

Additionally, the United Kingdom’s Ministry for Defence suggested Moscow was already grappling to retain control over the Russian-occupied regions as frustration was growing against Kremlin-appointed officials.

The Ministry of Defence said: “Anti-Russian sentiment in occupied Ukraine is leading to Russian and pro-Russian officials being targeted.

The targeting of officials is likely to escalate, exacerbating the already significant challenges facing the Russian occupiers and potentially increasing the pressure in already reduced military and security formations.”