BBC meteorologist Simon King shared a picture on Twitter of a weather chart which has a line running down the eastern side of the UK. He said the sign is “something you don’t often see” and shows there will be “persistent showers” on Friday.

Mr King said: “Something you don’t often see on a synoptic chart… a convergence line.

“This is Friday’s chart and is basically indicative of a line of persistent showers down the eastern side of the UK.”

It comes as the country has been enjoying sunny weather during the coronavirus lockdown.

But the UK is bracing for plummeting temperatures this week. 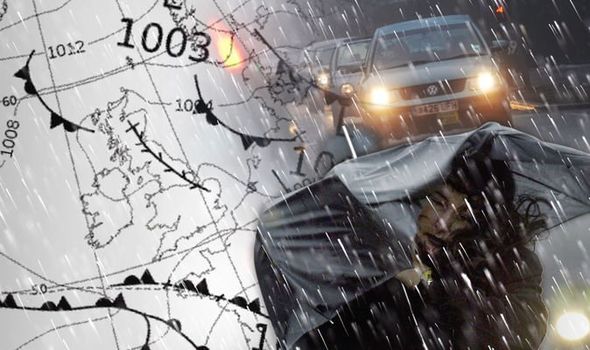 BBC meteorologist Tomasz Schafernaker warned that “rain is on the way”.

He said: “It’s been so dry for so very long that it’s high time we got some rain and rain is on the way.

“A fair amount for southern parts of the UK and I’m sure our gardens will love it as well as our parks and let’s face it most of us are stuck at home.” 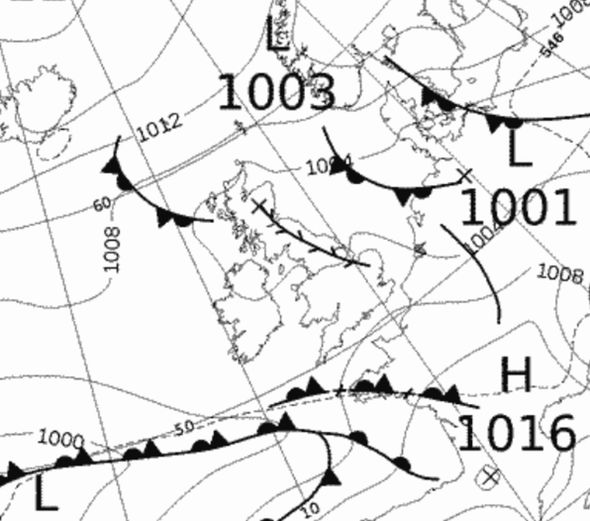 Mr Schafernaker said Tuesday could be a “washout” for southern parts of Britain.

He said: “Through the course of the night we expect the clouds to thicken across the south.

“It will start raining almost anywhere from Cornwall to the tip of Kent, into the Midlands quite possible in the early hours of Tuesday morning. 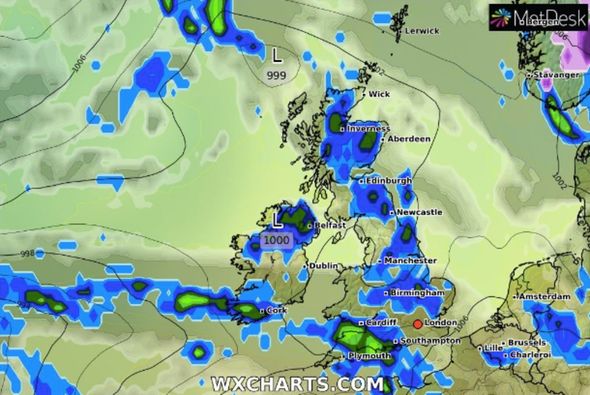 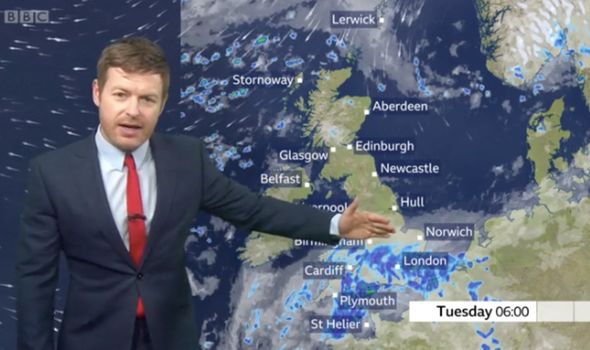 “Not particularly cold here because we will have the cloud and a bit of a breeze and the rain so 10C, whereas in Scotland where we will have had the clear skies overnight a touch of frost.”

He continued: “The thing about this rain in the south is that it will be very slow moving so hanging around in any one place for considerable amounts of time which means it could be a washout in some parts of southern Britain.

“And chilly too those temperatures will be suppressed perhaps 9C, 10C in some spots.

“But different across the lakes, Northern Ireland and Scotland, you can see here that all through the day, bar the odd shower here and there, actually it’s going to be mostly clear.

“And then towards the end of Tuesday that rain should clear away out into the North Sea.”

A bigger area of low pressure will move in through Tuesday night into Wednesday.

“So for example in Birmingham we might get a couple of hours worth of rain.

“And then behind it, we’ve got showers coming in as well.

“But this rain will spread a little bit further north on Wednesday so for example, Glasgow will get some rain too.”

Looking ahead to further in the week, Mr Schafernaker said conditions will “remain unsettled”.