UK weather: Dry and bright conditions with some rain

According to the weather forecast, while Sunday will be another day of sunny spells and showers, the days ahead will become warmer. BBC forecaster Ben Rich said: “There shouldn’t be too many showers on Sunday.

“The heaviest ones are to be found across Scotland, central and eastern parts of England.

“But by the afternoon, not as many showers for Northern Ireland, Wales or the south-west. Temperatures to vary to around 16-22C.

“As we go through Sunday into Monday, we will see further showers filtering down through the north west and the winds strangling across parts of Scotland and Northern Ireland.

“There will be some brisk winds and outbreaks of rain with that area of low pressure chiefly across northern parts of Scotland. 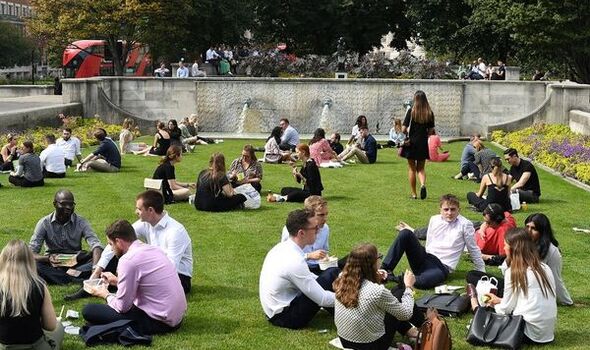 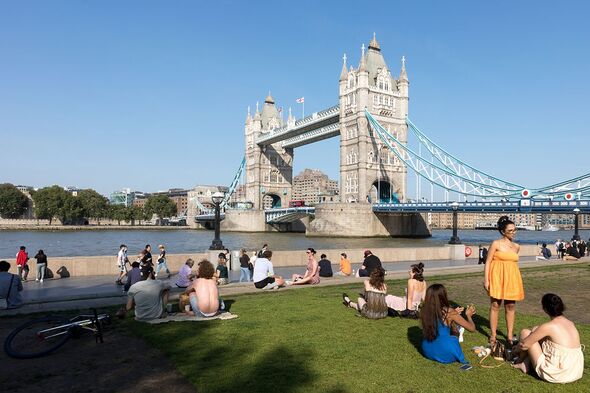 “We will see plenty of showers across western Scotland, some in northern Ireland, north-west England.

“There will be some sunny spells towards the south-east, where there will not be too many showers, with temperatures up to 23C.

“As we move towards Tuesday, the showers will become fewer so while there will be some, many places will be dry.”

Monday looks set to be another day of sunshine and scattered, mainly light, showers, and an area of cloudier weather with some outbreaks of rain will spread eastwards through Scotland during the morning.

Many places, particularly in central and southern parts of England and Wales, will miss the showers and will have a dry day.

Ian Simpson, meteorologist with Netweather.tv said: “High pressure will then build from the south-west, particularly extending across the south, but through Tuesday and Wednesday we will see a moist west to north-westerly flow on the northern flank of the high pressure, bringing generally cloudy weather.

“There will be some light rain or drizzle at times, chiefly in western and northern areas. Temperatures are expected to rise a little despite the generally cloudy weather, and may reach 22 to 24C quite widely in southern parts of Britain.

“By Thursday and Friday, the high pressure will build more extensively and this means an increasing chance of some sunshine coming through. 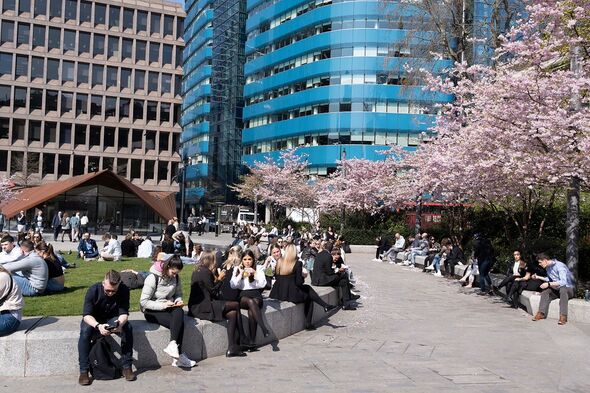 “Where the sun gets out, it has potential to become very warm or hot towards the end of next week, with temperatures climbing into the high 20s Celsius.

“Current indications are that the high pressure could be with us for a while, often centred over the south of Britain.

“Scotland, especially the north and west of Scotland, will be more prone to cloudier weather, but for the rest of the UK, there is a significant chance of a spell of dry and increasingly sunny weather.”