More than 80 regions and local authorities are blanketed under an amber extreme heat warning which is set to last until Sunday, August 14. Temperatures are set to spike at 36C in central inland areas by Saturday, August 13 – just a mere four degrees below the unprecedented heat witnessed last month. For scores of families in the middle of the summer holidays, this news will be welcomed. The Met Office has already warned that coastal areas may become swamped with people, along with rural beauty spots.

With this comes an increased risk of water safety incidents occurring, or even fires starting in tinder-dry conditions.

But for others who struggle in the heat, they will be wanting to know when the mercury will begin to drop off.

And the Met Office has confidently said Monday will see the start of the end of this current heatwave, with thunderstorms predicted.

Looking at Saturday to Monday, its UK outlook says: “Mostly dry, sunny and hot this weekend. 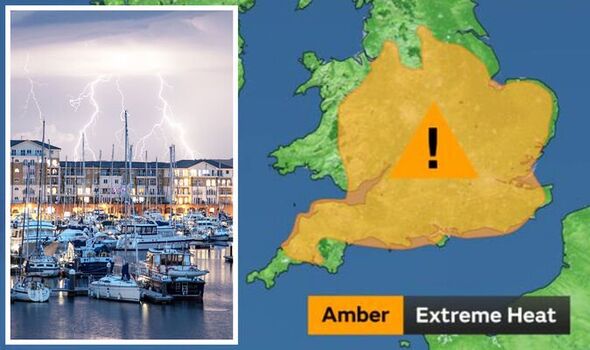 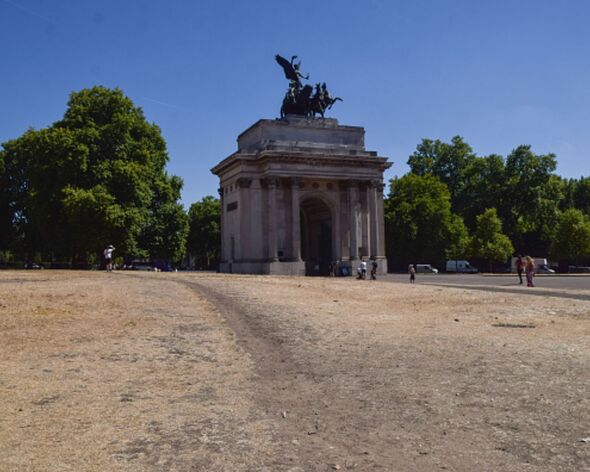 “Cooler with some haar (cold sea fog) in the northeast. Monday is likely less hot with some showers or thunderstorms.”

Despite the forecaster not specifically naming any areas which may see thunder and lightning, rain is forecast across places such as Jaywick and Harlow in Essex and Crawley in West Sussex.

In Hoddesdon, Hertfordshire, the rain is expected to last until next Wednesday – but again no immediate storm forecasts can be seen.

In Kettering, Northamptonshire, rain is also predicted for Monday and Tuesday – with temperatures still remaining very warm at 26C – opening up the possibility of thunderstorms. 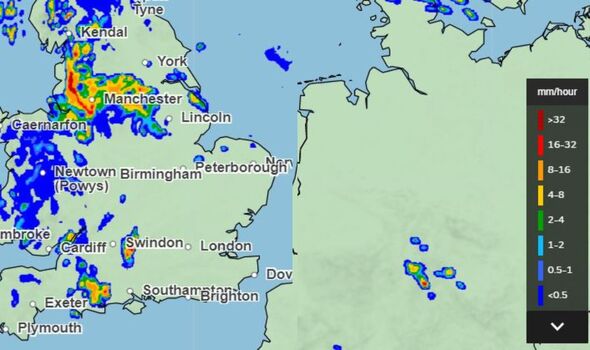 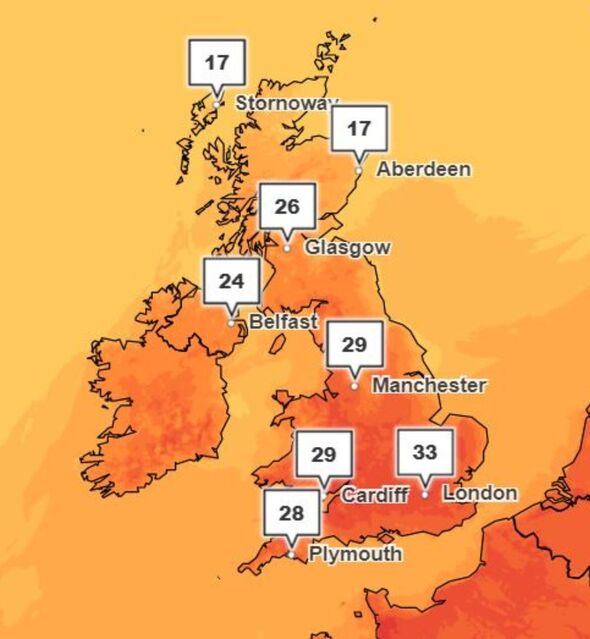 The central southern coast seems to miss out on the rain, with Portsmouth having nothing but cloudy weather on its radar as it stands.

In more depth, its long-range forecast up until August 24 adds: “This period will see the breakdown of the hot, sunny and dry weather of recent days, with conditions becoming more unsettled across the UK.

“Showers will spread from the west and south next week, sometimes heavy and thundery, though drier periods with sunny spells are still likely between them.

“At the same time, temperatures will gradually decrease to closer to normal for August.

“Later in the period, the more changeable weather will prevail with a risk of heavy showers or thunderstorms continuing, but clear and dry spells in between too.”

But, it’s certainly possible that the heat may return for September.

“Returning to warm or very warm towards the end of the period for much of England and Wales, perhaps becoming locally hot in parts of the south and southeast,” it explained.

Mum killed by great white shark was restaurant owner on holiday with daughter, 5