The Met Office says there will be an increased chance of thunderstorms tonight as “unusually” cold air for May moves south across the country. This will cause a mixture of sunny spells and scattered showers which may be heavy with hail.

Some snow showers are also likely on hills across northern Scotland.

According to the Met Office, it will be dry for most areas with long clear spells and a few patches of mist and fog will form.

There will then be scattered showers across Scotland as cloud builds into southwest England. 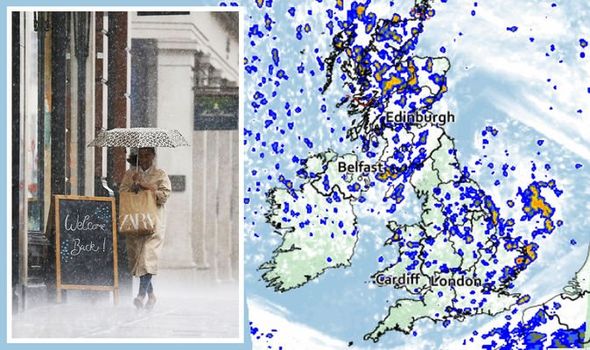 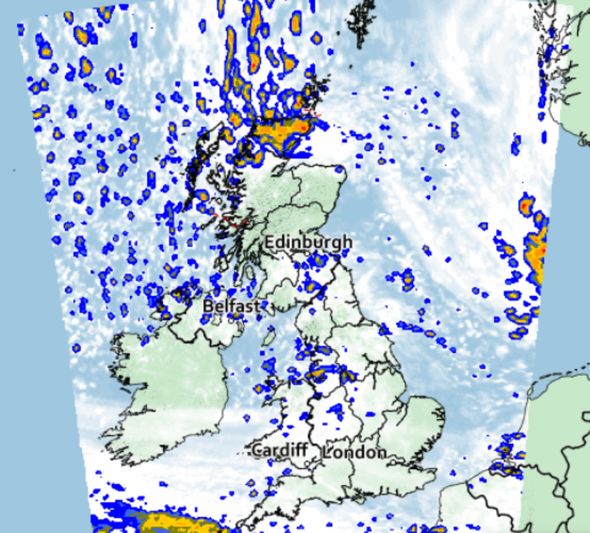 The latest cloud cover and rain charts released by the Met Office show large parts of the UK including Wales, central Scotland and the Midlands will be covered by thick cloud.

At 1am on Thursday, the chart suggests rain will be confined to northern parts of Scotland and northwest England.

Going into tomorrow, it will be overcast with scattered showers across northern Britain and some of these will be wintry with hail.

There will be thick cloud cover and heavy rain across the far south of England but this will turn increasingly showery. 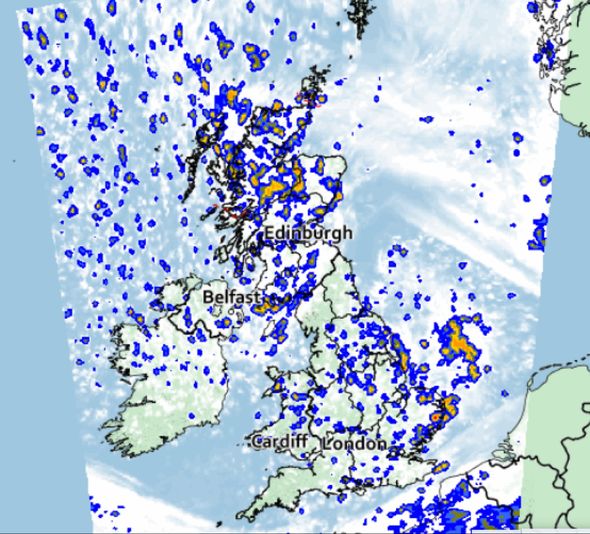 The best of the dry and sunny conditions will be for Wales and central England, forecasters say.

Meanwhile, NetWeather’s thunderstorms outlook, valid from 6am on Wednesday to 6am on Thursday also suggests there is at least a 10 percent risk of thunderstorms across southern England, Wales and Northern Ireland.

Nick Finnis, a senior forecaster at Netweather, added: “This will support the increasingly widespread development of heavy showers and scattered weak thunderstorms through the day across many parts, as modest surface heating under cold air aloft increases instability. 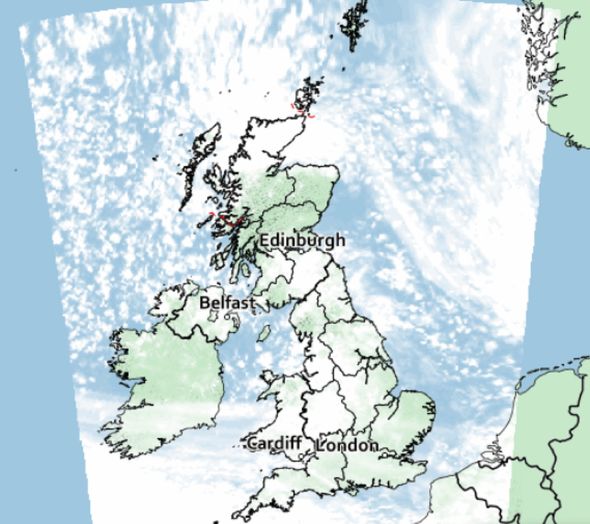 “Heaviest showers or thunderstorms may be accompanied by small hail and gusty winds.

“Across the north, snow is likely over hills, though snow level rising through the day.”

Going into tonight, temperatures will range between 0C (32F) in central Scotland to as high as 6C (42.8F) across southern England.

Meanwhile, temperatures will range between 7C (51.8F) in Grampian to 14C (57.2F) across southwest England, below-average temperatures of 16C (60.8F) for this time of year. 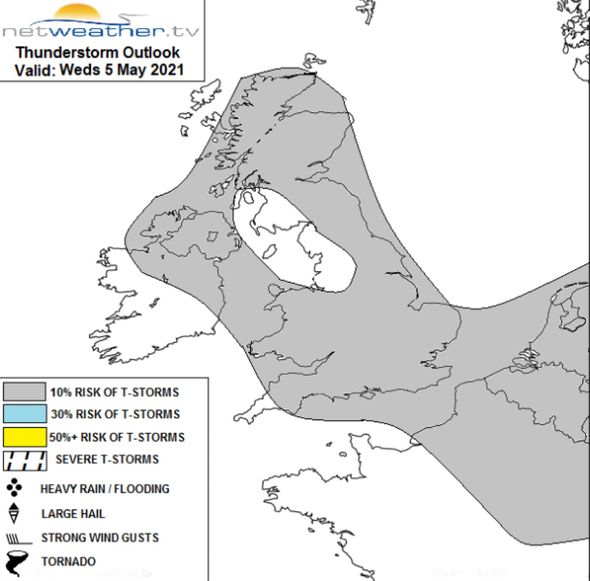 Referring to the conditions tomorrow, Met Office spokesman Simon Partridge said: “This week’s a write-off as far as sunshine goes.

“It’s anything but seasonal out there.

“The cold will be followed by more wind and rain this weekend before another chilly week to follow.

‘This crisis is different’: The dramatic rebound in the global economy