Britain is bracing for stormy conditions, as strong gales and heavy rain is set to batter much of the UK. The latest weather charts show the system approaching Britain tonight, before sweeping across the nation in the early hours of the morning.

Charts assessing wind speed by WXCharts show the UK turn purple at 3pm this afternoon, as the UK braces for stormy conditions.

The chart, which represents the scale of the swell, shows a mass of red and pink approaching the west of the UK.

The map suggests the huge swell could see waves reach a height of 40ft (12metres).

The chart shows the potentially damaging conditions hit the UK at midnight tonight and will have fully dispersed by 3pm on Friday. 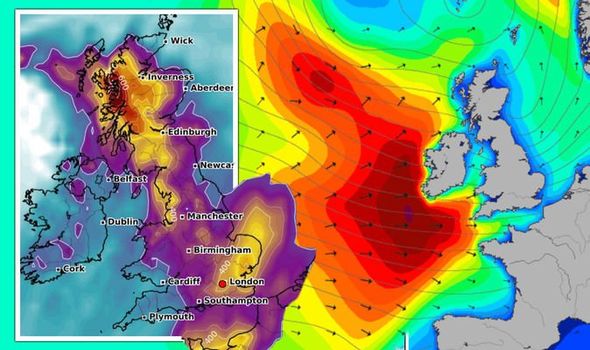 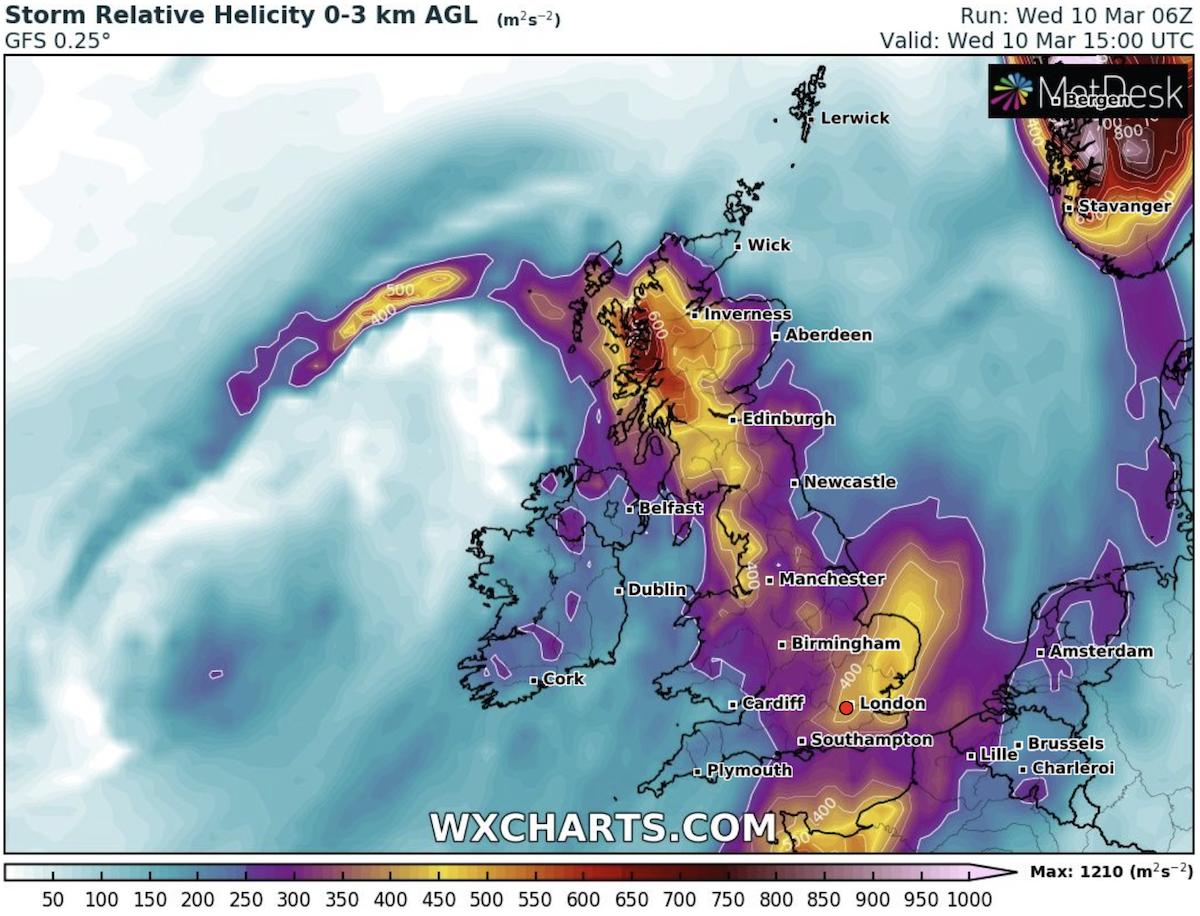 Other charts from Magicseaweed show strong winds start to swirl towards Britain today.

The weather system is seen approaching from the west of the UK.

At 6pm tonight the UK appears to be surrounded by a mass of red and arrows pointing in a northeasterly direction, indicating the force of the gales.

The forecasters use the Beaufort wind scale on their map, with the dark red seen on the chart representing number 10 on the scale – which corresponds to strong gales and wind speeds of up to 47 knots (54mph). 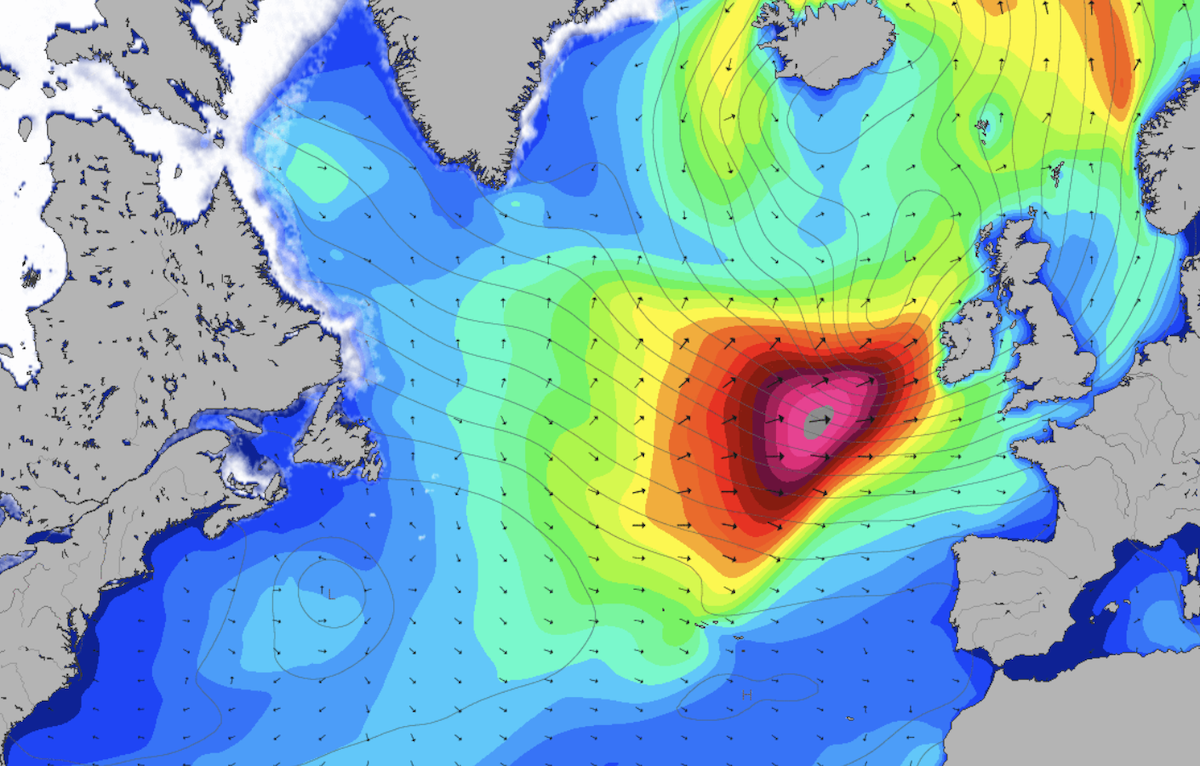 These strong winds are expected to hit the west coast of the UK at 12am on Thursday, before a second system of northwesterly gales moves in from 3pm.

The wet and windy conditions look set to stay into the weekend, with a map by WXCharts showing heavy rain is set to accumulate by 12pm on Saturday.

The chart shows west Scotland, northwest England and parts of Wales turn red and yellow as up to 60mm of rain is set to accumulate.

Other parts of the country are represented by dark blue colourings, with up to 16mm forecast. 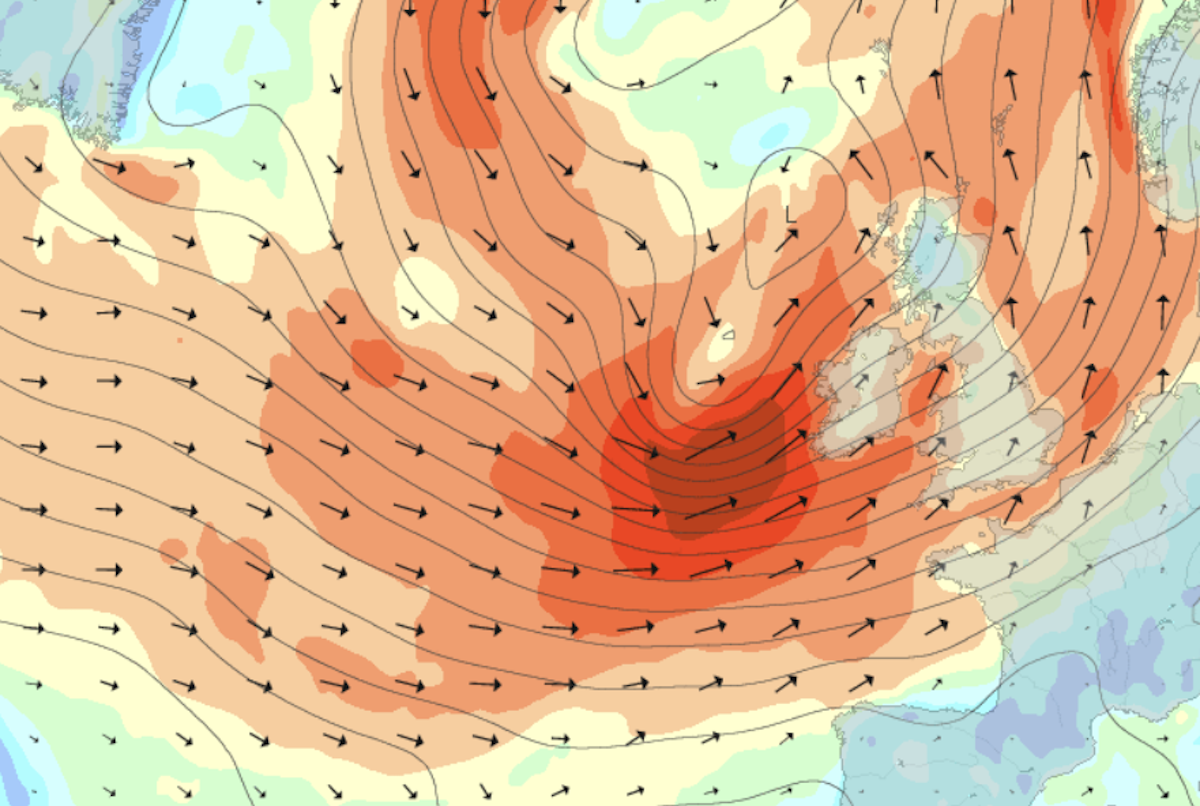 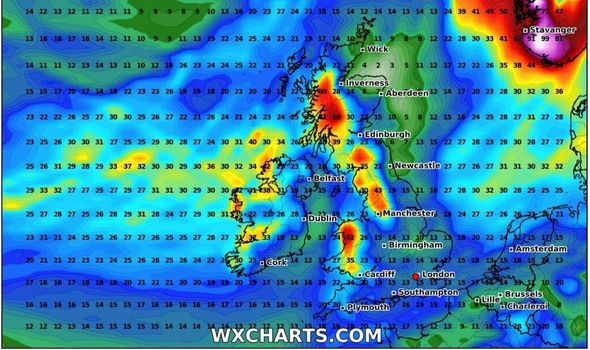 The Met Office has put in place a yellow wind warning covering the whole of England and Wales from 9pm tonight until 3pm tomorrow.

The forecasters warn: “Strong winds accompanied by heavy and blustery showers may bring some disruption to England and Wales.”

They expect the weather could cause some disruption to power and cause delays to road, rail, air and ferry transport.

Flood warnings are also in place today, with 18 alerts issued for England, seven in Scotland and two in Wales. 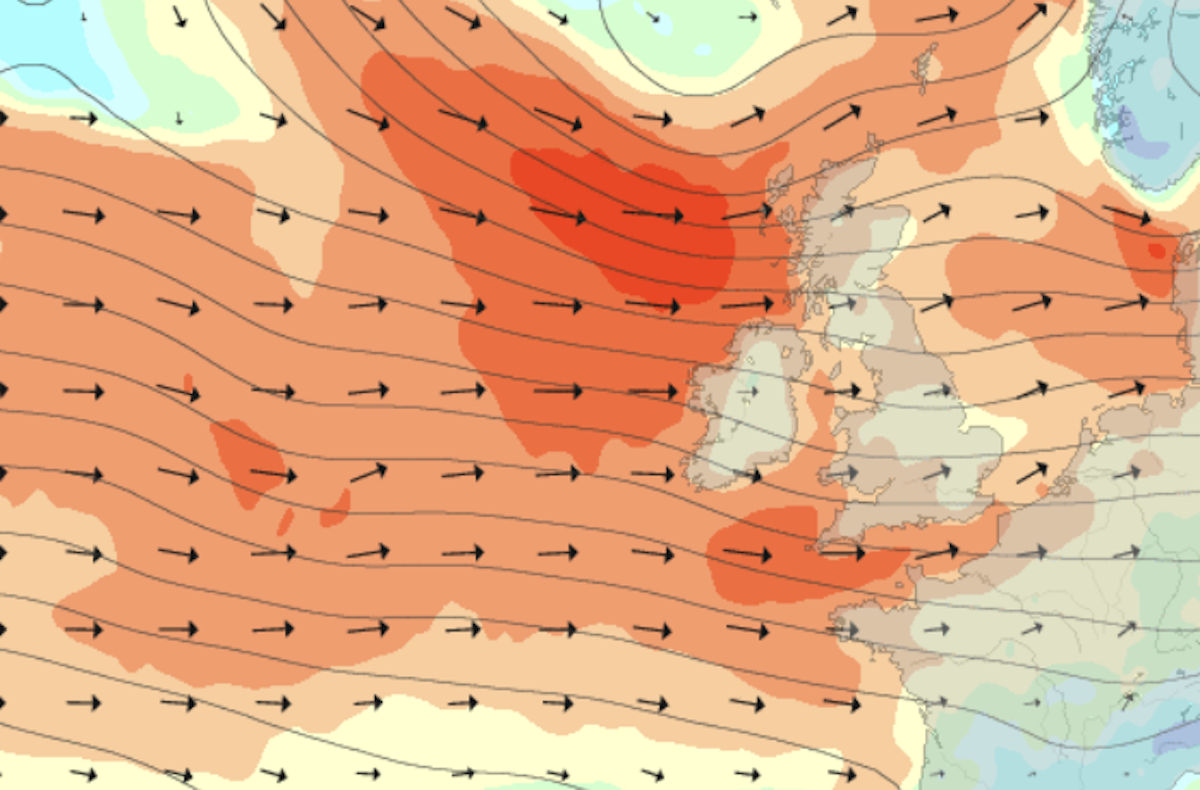 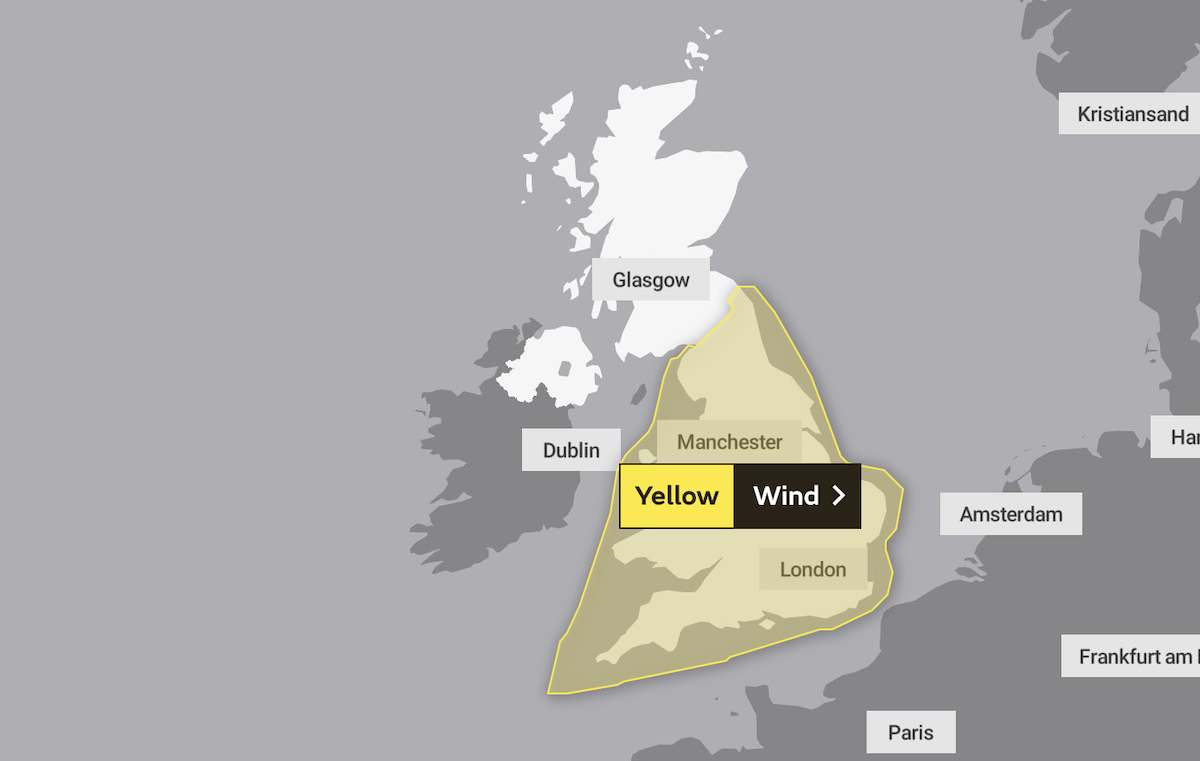 “Very strong winds later for England and Wales with inland gales. Mild for most.”

They warn the east of England will be particularly blustery on Thursday, with rain expected to fall across much of the UK.

They said: “Showery and windy, very windy to start in eastern England with some more widespread rain over northern England at first.”