A month ago, Sharif Safi’s dream of studying in the UK was on the verge of coming true.

He was one of 35 young Afghans selected among thousands of applicants for the Chevening scholarship, a prestigious and highly competitive UK government grant which offers people from across the world the opportunity to study in Britain for one year.

But last week, the group was told by the British embassy in Kabul that it could no longer process their visas, which meant they could not take up UK university places they earned through a gruelling, year-long application process.

“I’m still in shock,” said Mr Safi. “I’m devastated after the news. All my dreams have vanished.” 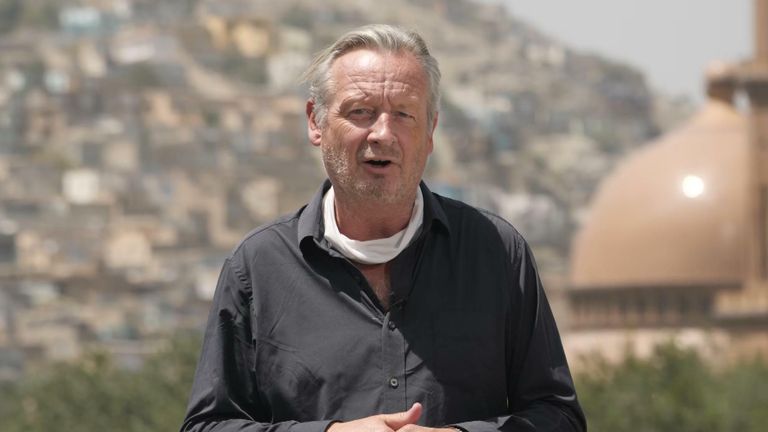 He had sat through a five-hour-long mandatory English test at home in Kabul while ill with COVID-19, with high fever and body aches that brought tears to his eyes.

The embassy letter, dated 6 August and seen by Sky News, said that the “current circumstances” meant that the British embassy in Kabul was unable to administer the parts of the programme that must be done in Kabul in time for candidates to begin their courses this year.

It added: “The Foreign, Commonwealth and Development Office is proud of the role Chevening has played and will continue to play in offering Afghan scholars the opportunity to study in the UK and we remain committed to reinstating the programme as soon as possible.

“We would therefore like to offer you a deferral until the academic year 2022-2023.”

But Mr Safi, who planned to pursue a masters in peace, conflict and diplomacy at London Metropolitan University, said that he and others had already planned their lives around their upcoming year abroad.

“Personally in my case I handed over my job and all my responsibilities in my organisation to someone else,” he said.

“I declined a job offer in an important diplomatic mission and I rejected several other educational opportunities just because I opted for Chevening over any other opportunities.”

Mr Safi and several other scholars told Sky News they met the UK deputy ambassador in Kabul last week and proposed to travel to British diplomatic missions in neighbouring Pakistan, India, or an alternative country to have their visas processed, at their own expense, but that was declined.

They also asked if they could start their courses online from Afghanistan for as long as it took for their visas to be processed, but were told that was not possible. 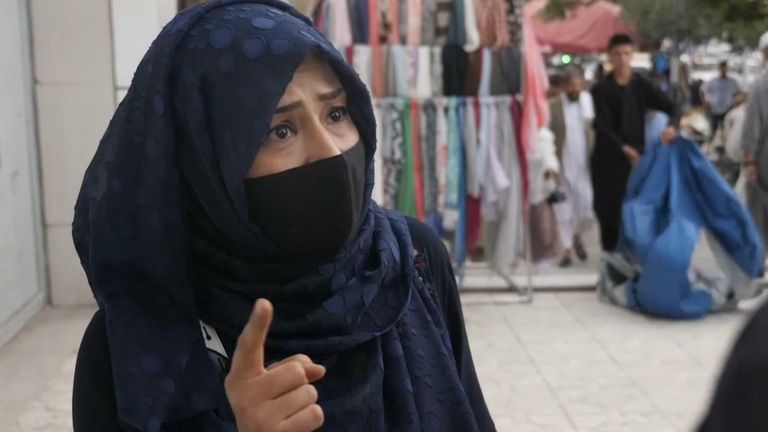 Afsana Hamidy was accepted to study for a masters in education at Roehampton University, focusing on special educational needs and disability, which would have made her the first woman, and second ever person, to specialise in that field in Afghanistan.

She said that the initial elation of being accepted into a prestigious programme made the shock of losing it over an administrative issue, just weeks before she was due to start, even worse.

“The Chevening is discriminating this year,” she told Sky News, “because they are giving these opportunities to all other countries and they are just excluding Afghanistan”. 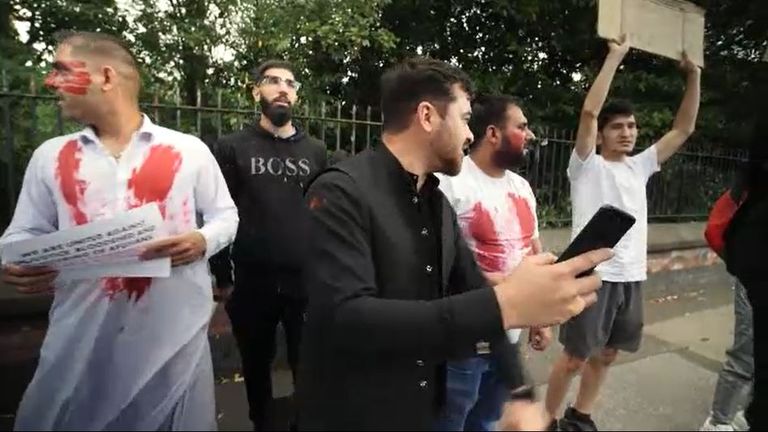 “I planned everything around studying in the UK.”

For Naimatullah Zafary, who applied for the award for four years in a row until he was finally successful, the news was shattering. 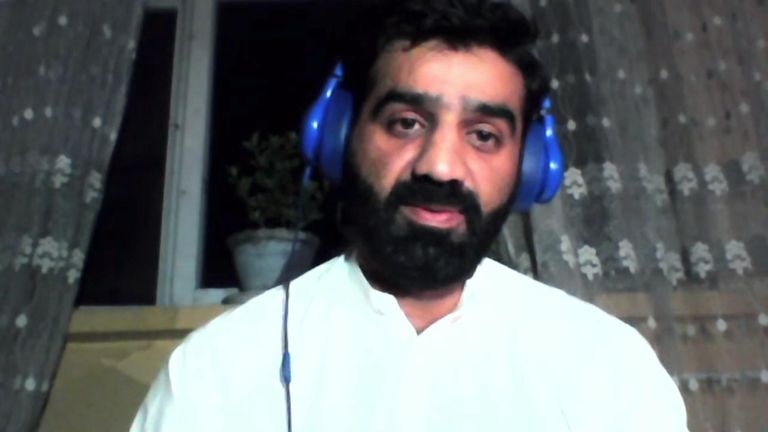 He said: “Imagine – four years of dreaming that you will make it, and this year – finally in the fourth year – you make it, and you get such email, such letter.

“It’s way too difficult to describe in words. I cannot sleep at night.”

Mr Zafary, who currently works for the UN in Kabul and planned to study governance, development and public policy at the University of Sussex, questioned why the British embassy could not process 35 straightforward visa applications from individuals who have already been vetted by that same embassy through an arduous, year-long scholarship application process.

“On July 15 I got a final email from my programme officer in the UK saying that my documents are cleared and I am selected,” he said.

“So from July 15 onward you are just waiting to get your final award letter and apply for your visa.

“You’re getting ready for departure. Suddenly you get an email that it’s postponed.”

The decision by the Foreign, Commonwealth and Development Office (FCDO) to pause the scholarships in Afghanistan has been called a disgrace by former Foreign Office minister and Tory leadership candidate Rory Stewart.

He tweeted: “Deeply disappointing to hear – on top of everything – that Afghans who received scholarships from the UK government to study in the UK this year have now been told they will not be granted visas due to ‘administration issues’. Surely someone can sort this out?” 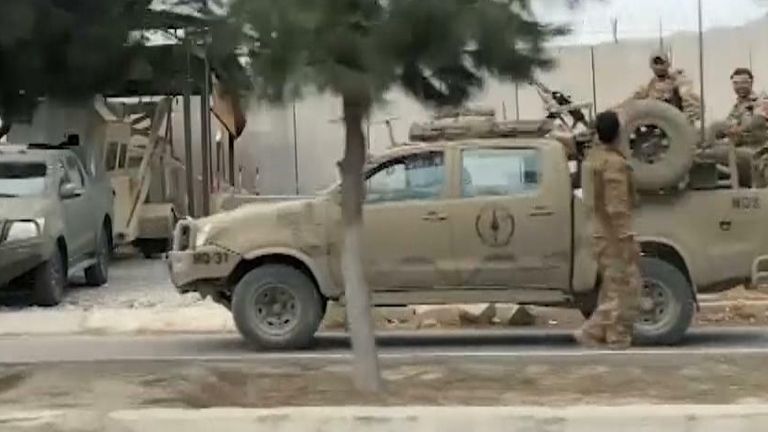 Former Conservative MP David Liddington said in a tweet that those accepted on to the Chevening programme will be at particular risk from the Taliban, and in a tweet called the FCDO decision “both morally wrong and against UK interests”.

He added that the scholars are “among [the] ‘brightest & best’ whom our government rightly wants to attract to [the] UK. Hope @BorisJohnson & @DominicRaab will review urgently”.

Chevening scholarships are funded by the FCDO and partner organisations, and the FCDO says they offer “a unique opportunity for future leaders, influencers, and decision-makers from all over the world to develop professionally and academically”.

Scholars cannot apply to stay in the UK after they complete their course, and must agree to return home for two years at the end of the scholarship.

For this year’s cohort of Afghan students, the likelihood of continuing their education in the UK is diminishing.

He told Sky News: “My humble request to the government of the UK is – please don’t abandon us.”

An FCDO spokesperson said: “The current circumstances in Afghanistan mean the embassy cannot administer the parts of the programme which must be done in Kabul.

“We have therefore paused the Chevening programme there.

“All of this year’s scholars will be able to start their programme next year.”

What cruise lines can I book for maximum flexibility? – The Denver Post