Boris Johnson, who has spent two nights in hospital, has received oxygen but is not on a ventilator, says minister. 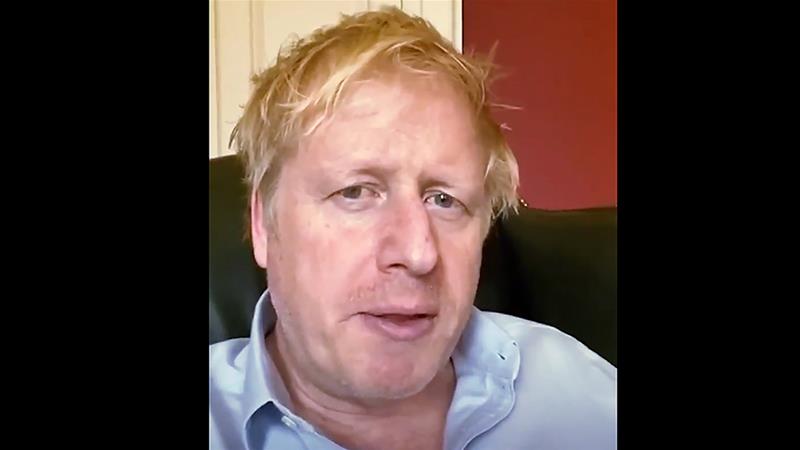 While doctors attempted to help Johnson recover on Tuesday, world leaders paid tribute as political figures in the United Kingdom across the spectrum set differences aside to Johnson a complete recovery.

Cabinet Office minister Michael Gove told BBC radio early on Tuesday that while Johnson “has received oxygen support”, he was not on a ventilator.

Johnson, 55, first announced he had tested positive for the virus on March 27 and went into self-isolation.

After failing to shake off a high fever for more than a week, he was admitted to Guy’s and St Thomas‘ hospital in central London on Saturday from where he continued to lead the government until he was moved into intensive care on Monday evening, when his condition deteriorated.

“Over the course of [Monday] afternoon, the condition of the prime minister has worsened and, on the advice of his medical team, he has been moved to the intensive care unit at the hospital,” Number 10 said in a statement.

“The PM remains conscious at this time,” Downing Street said on Monday, adding that he was in an intensive care ward as “a precaution should he require ventilation to aid his recovery”. 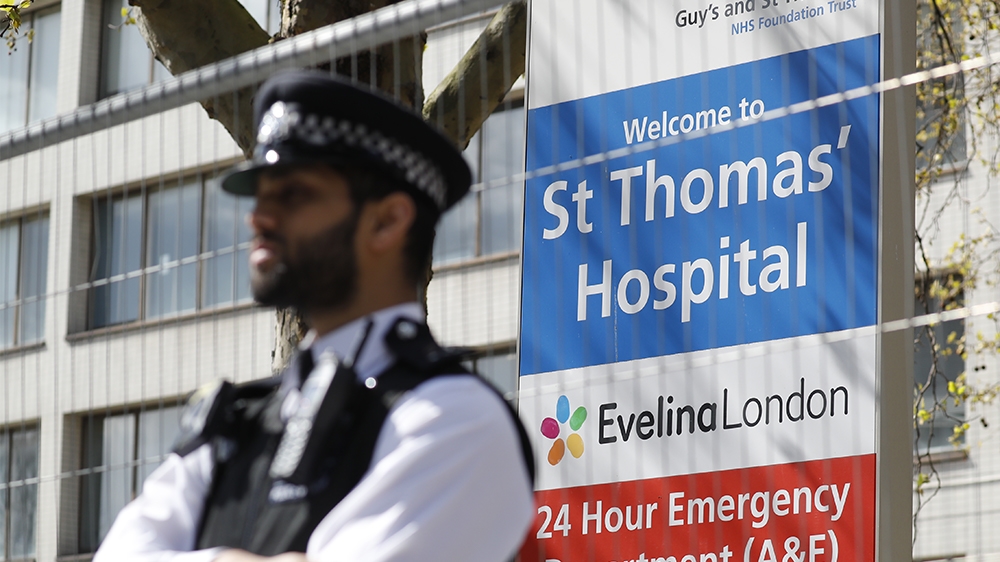 At least 5,373 people in the UK have died from coronavirus, a disease which has infected almost 52,000.

Before being moved within the hospital, Johnson tweeted: “Last night, on the advice of my doctor, I went into hospital for some routine tests as I’m still experiencing coronavirus symptoms. I’m in good spirits and keeping in touch with my team, as we work together to fight this virus and keep everyone safe.

“I’d like to say thank you to all the brilliant NHS staff taking care of me and others in this difficult time. You are the best of Britain. Stay safe everyone and please remember to stay at home to protect the NHS and save lives.”

The queen, who recently gave a rare address to the nation amid the coronavirus crisis, is being informed about Johnson’s health.

As Johnson was rushed into intensive care, messages of support poured in.

“It was just so shocking to see that because you know what that means – intensive care is a big deal with regard to what we’re talking about. That’s a very big deal. Very scary deal.”

“All my support for Boris Johnson, his family and the British people at this difficult time.”

Canadian Prime Minister Justin Trudeau also said he wished “for a full and speedy recovery” for his British counterpart.

“My thoughts are with you and your family right now. Hope to see you back at Number 10 soon.”

Keir Starmer, the new leader of the main opposition Labour Party, tweeted: “Terribly sad news. All the country’s thoughts are with the Prime Minister and his family during this incredibly difficult time.”

Starmer’s predecessor Jeremy Corbyn said: “My thoughts are with Boris Johnson and his family.

“Thanks to the NHS staff for their hard work and dedication.”

Britons holed up in Kosovo due to coronavirus lockdown

The Cutthroat World of $10 Ice Cream