Weather forecasters entered autumn this year with expectations for a warmer-than-normal season, following a hot summer. But instead, many of us have already switched our heating on with chilly temperatures and heavy rain dominating the forecasts. And it seems the gloomy inter weather is only going to continue.

Long-range weather forecasters with the Met Office have released their prediction for the next two weeks.

They said the final days of October and the first couple of November would see further “unsettled” weather before souring.

The forecasters added the country would see “severe” gales around the coast.

These gales would come as temperatures bottom out for the time of year. 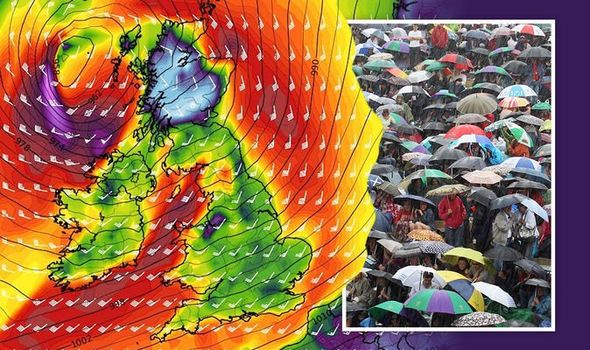 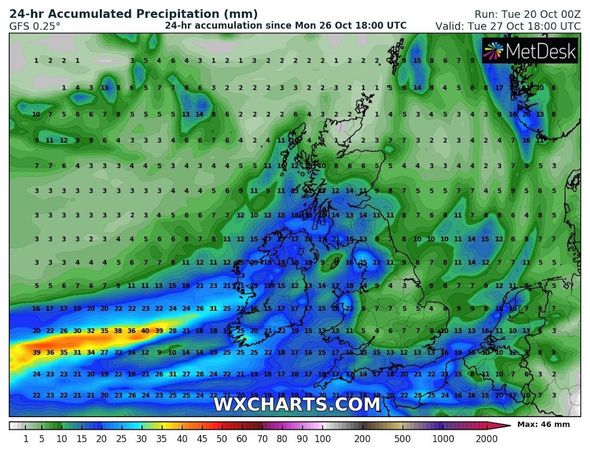 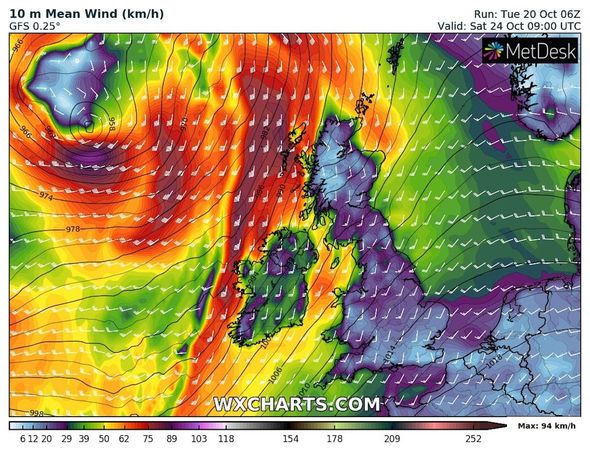 The October 24 to November 2 forecast states: “Rather unsettled conditions are expected to dominate the period, with outbreaks of rain and blustery showers in many parts of the UK, though the extent of which is low at this time.

“The focus for the heaviest and most frequent rain is across western areas, whilst rather windy conditions particularly in the northwest at times may pose a risk of gales or even severe gales mainly around coastal areas.

“Intermittent brighter and drier spells may also last for a time in all parts of the UK, with most of the more settled conditions perhaps most likely in eastern and south-eastern parts.

“Overall, temperatures looking to be generally close to or a little below normal for the time of year.” 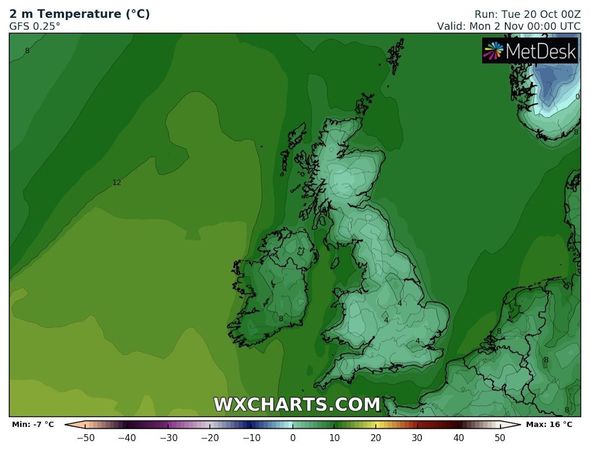 Gale-force winds typically reach speeds of 39mph or more, and at maximum 54mph.

The Met Office said “confidence is low” for the following forecast, which covers November 3 to 17, but they expected a north-south divide to develop.

They wrote: “The generally unsettled wet and windy theme is expected to gradually transition to a more settled picture through early November, especially in the south of the UK.

“Elsewhere, showery and windier conditions may remain more prevalent in the north.” 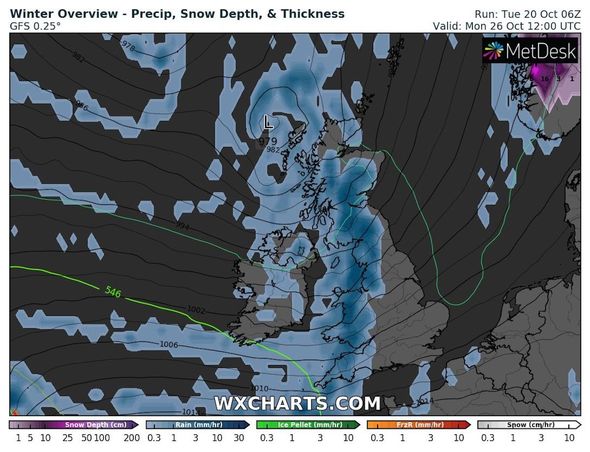 “Temperatures may dip slightly below normal in the more settled periods, allowing for an increasing likelihood of overnight frost and fog developing.”

In the meantime, the UK will have to navigate through yellow weather warnings, set in place by the agency today.

According to the Met Office, incoming heavy rain will impact the south of the country by tomorrow, bringing disruption with it.

They expect heavy rain starting around London, which will move forward from 3am to 2pm.

During the warning time, forecasters said areas under the warning should expect a maximum of 50mm (two inches) of rain.

While the prognosis isn’t quite severe, the Met Office said “surface water flooding” could occur “in some places”.

They added gales could also make an appearance across the Kent and Sussex coasts.

Flood warnings: Every flood warning as Storms Dudley & Eunice hit – is your area at risk?