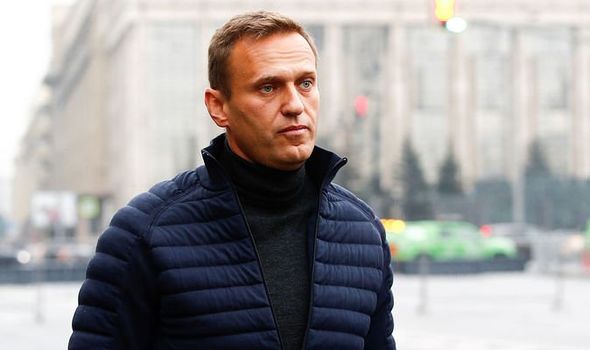 The Foreign, Commonwealth and Development Office revealed the individuals, said to be members of the Russian Federal Security Service, would be subject to travel bans and asset freezes. The department believes they were responsible for planning or carrying out the Novichok attack on Russian opposition leader Alexei Navalny last August 20.

Foreign Secretary Dominic Raab said: “Through our chemical weapons sanctions regime and at the Organisation for the Prohibition of Chemical Weapons, we are sending a clear message that any use of chemical weapons by the Russian state violates international law, and a transparent criminal investigation must be held.”

Mr Navalny was arrested on January 17 after returning from Germany. He blames the Kremlin for poisoning him.

The UK had previously imposed sanctions on six Russians who the Government holds responsible for the poisoning.

Imprisoned Mr Navalny marked the anniversary of the attack by urging global leaders to target tycoons close to Mr Putin.

The UK and US issued a joint statement in which they slated the “assassination attempt”.

Health officials warn people not to treat Covid with a drug meant for livestock.

Campaign draws to a close with U.S. facing a crossroads