Temperatures were unusually cold during the weekend but graphs are now showing a heatwave basking the country in sun for the remainder of this week. According to forecaster, Netweather, temperatures will hit 22C for some parts of the country today. These temperatures will remain high tomorrow with many areas seeing the mercury rise to the high teens.

On Thursday, parts of the south and north east will see the best of the sunshine with more widespread temperatures of 21C.

Such is the spike in temperatures predicted for this week, fellow forecaster WXCharts is showing the mercury rise 6C above what is usually expected for this time of year.

The reason for these higher temperatures is due to an Atlantic front hitting the country this week.

As the Met Office stated: “Today will be mostly fine and dry elsewhere with broken cloud and some sunny spells. 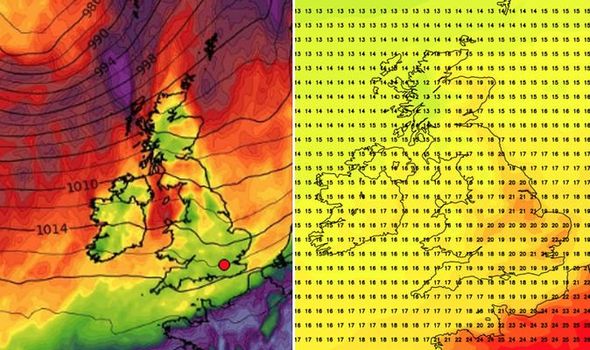 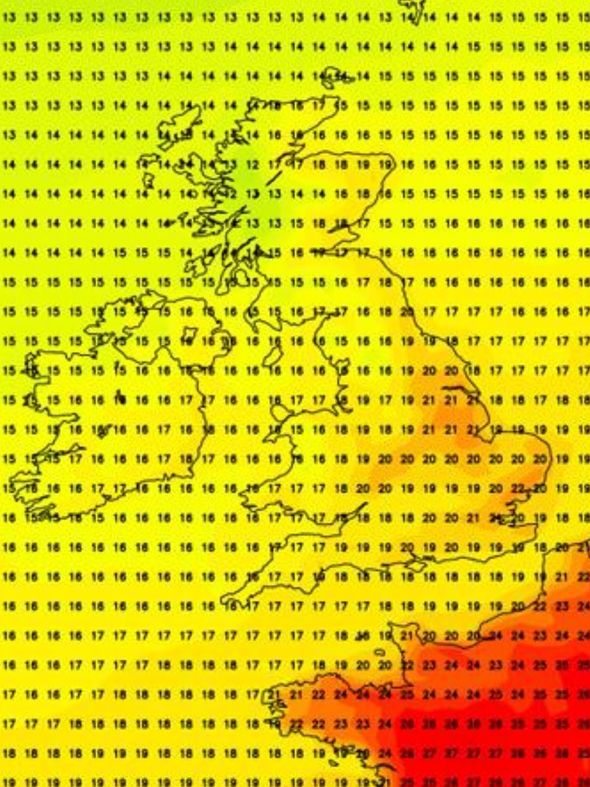 “Feeling warm in sunshine after a chilly start.

“Tonight it will be dry elsewhere other than the northwest with variable cloud and clear spells.

“It will Turning chilly in places with a few fog patches.”

On Wednesday, the Met Office also reported central and eastern England will be dry and bright for much of the day. 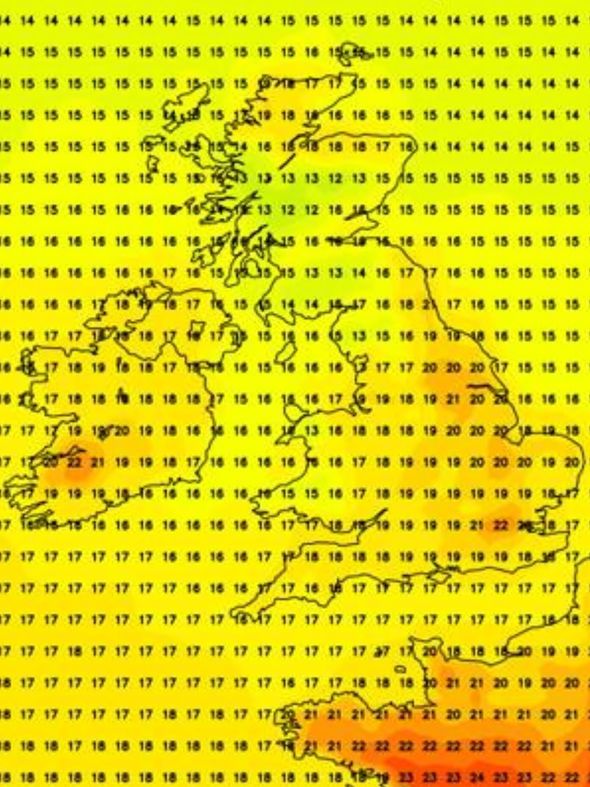 Although for much of the south, conditions will be dry and warm, a yellow weather warning has been placed for the southwest of Scotland.

The weather warning is only in place on Wednesday and is due to a band of wet weather hitting the coastal areas.

However, this band of wet weather will pass over the UK on Thursday.

Heading towards the weekend, these warm temperatures will be interspersed with heavy wind which will mean cooler weather for most on Saturday. 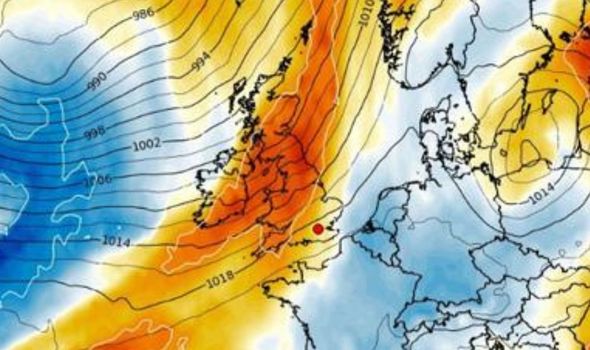 The dry weather will remain to the start the week next Monday before coming increasingly wet and windy towards the weekend.

Although temperatures will remain mixed, forecasters are predicting warmer conditions in the south.

Commenting on the forecast between September 7-13, the BBC said: “After a potentially dry and settled start to the week, low pressure will become the dominating feature of our weather from midweek onwards.

“The second half of the week will often be wet and windy, and with temperatures likely to close to or below where they should be for this time of year.

“In fact, there is the potential for a deep area of low pressure to move right across the UK, bringing strong winds and heavy rain.

“If this were to pan out, further damage and disruption could be expected, following on from recent storms, Storm Ellen and Storm Francis. 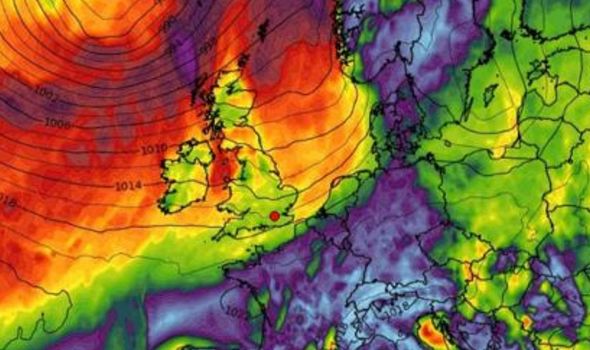 “That being said, there is a slight chance that low pressure remains away to the west of the British Isles and over the Atlantic.

“In this scenario, it would be a much drier and calmer week, and also much warmer, with a plume of warm air pushing up from the south.”

Opinion: Christchurch mosque shootings: They are not us, and it hurts to be props in a Hollywood movie