WASHINGTON/NEW YORK (Reuters) – The United States is preparing a “substantial contribution” to help Yemen combat the coronavirus, but it may have to find alternatives to the World Health Organization (WHO) to spend it, a senior U.S. official told Reuters, days after President Donald Trump slammed the U.N. agency’s handling of the pandemic. 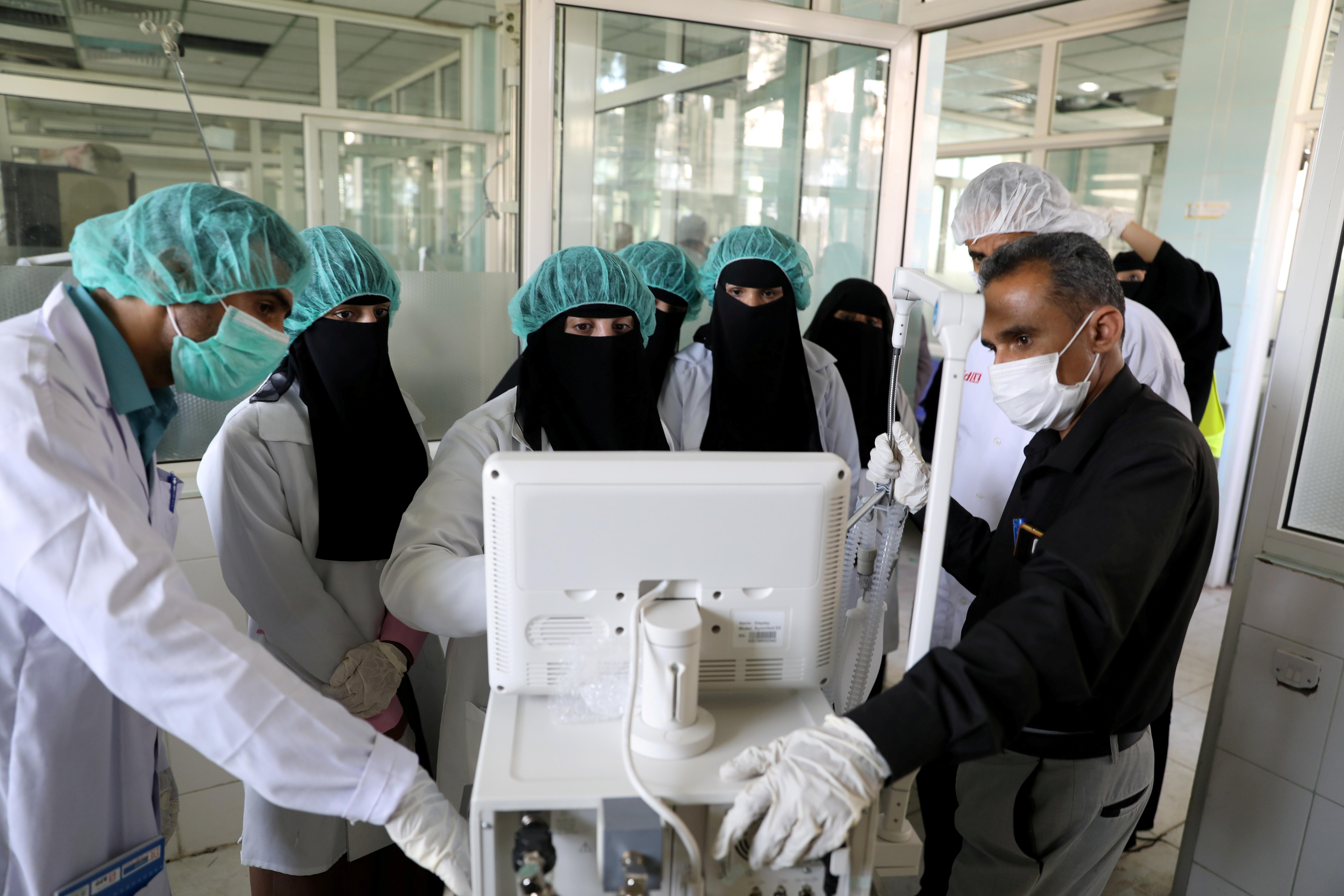 While only one case of COVID-19, the potentially lethal respiratory disease caused by the coronavirus, has been confirmed in Yemen, aid groups fear that could be a harbinger of a catastrophic outbreak given the country’s shattered health system and widespread hunger and disease after five years of war.

Around 80% of Yemen’s population, or 24 million people, require humanitarian aid.

“We are trying to get some funding into Yemen for COVID-19 countermeasures. We have the tranche underway that would hopefully make it possible,” said a senior State Department official, speaking on the condition of anonymity, declining to reveal exactly how much Washington was planning to spend.

“It would be a substantial contribution and we’d figure ways to get through existing networks and reliable health organizations because we are caught on this rock of the WHO at the moment, which does a lot of good work in Yemen by the way. So we may have to find alternative avenues,” he said.

Trump announced last week a halt to U.S. funding for the Geneva-based WHO while Washington reviews the organization’s handling of the coronavirus pandemic. Trump has accused WHO of promoting Chinese “disinformation” about the virus, saying this had probably worsened the outbreak.

WHO officials defended the agency’s handling of the pandemic, saying the organization alerted member states of the outbreak earlier in the year.

According to a factsheet from the U.S. Agency for International Development (USAID), Washington pledged some $27 million for the fiscal year ending on Sept. 30, 2019, for health and nutrition work by the WHO in Yemen.

U.N. aid chief Mark Lowcock told the U.N. Security Council on Thursday that “epidemiologists warn that COVID-19 in Yemen could spread faster, more widely and with deadlier consequences than in many other countries.”

He added that three-quarters of the United Nations 41 major programs “will start closing down in the next few weeks if we can’t secure additional funds,” which will likely put even greater pressure on the country with the world’s largest aid operation.

“People who do fall sick are likely to find fewer clinics to help them. WHO estimates that 80% of health services provided through the response could stop at the end of April,” Lowcock said of the possible consequences.

Yemen has been mired in conflict since the Iran-aligned Houthi group ousted the government of President Abd-Rabbu Mansour Hadi from the capital Sanaa in late 2014.

A Saudi-led military coalition in 2015 intervened in a bid to restore the government.

“There is (COVID-19) inside Yemen and the indications are that it’s probably increasing. There is no infrastructure to deal with this on a good day,” the State Department official said.

Teenagers would still be alive if they had known about meningococcal vaccinations, father believes