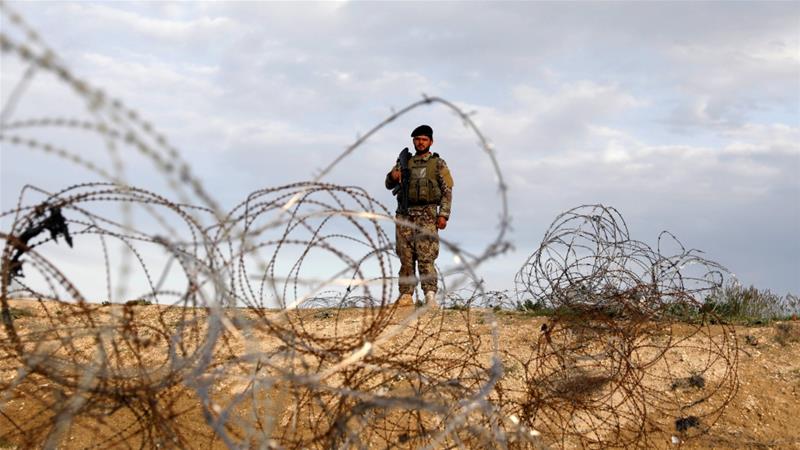 US President Donald Trump and Qatari leader Emir Sheikh Tamim bin Hamad Al Thani have agreed in a phone call on the importance of reduction in violence in Afghanistan, the White House said, as clashes between government forces and Taliban fighters kill dozens nationwide this week.

The attacks are threatening to derail a fragile peace process, with the Taliban rejecting the Afghan government’s repeated calls for a ceasefire as the country also attempts to deal with a growing coronavirus outbreak and prisoner exchanges to take place with an eye to formal peace talks.

After a week-long reduction in the violence leading up to the signing of a troop withdrawal agreement with the United States in February, the Taliban launched a number of attacks on Afghan forces, though it has held back on attacking foreign forces.

Eight Afghan security personnel were killed in a Taliban attack on a checkpoint at the Mes Aynak Copper Mine in eastern Logar province on Tuesday evening, Abdul Qadeer Mufti, a spokesman for Afghanistan‘s Mine and Petroleum Ministry, said in a tweet.

The Afghan Ministry of Interior said in a tweet that a clearance operation in Logar had resulted in 20 Taliban fighters being killed.

A roadside blast also killed at least four civilians in central Ghazni province late on Tuesday night, the Interior Ministry said in a statement, accusing the Taliban of planting a bomb.

A Taliban spokesman could not immediately be reached for comment. The group has not made any public claim of responsibility for Tuesday’s attacks.

Meanwhile, the US and other foreign powers have called for the Taliban to reduce its attacks, with the commander of US forces this month meeting the group’s leadership in Qatar over the issue.

In their telephone conversation on Wednesday, Trump and the Qatari leader also agreed on the importance of continuing discussions on prisoner releases in Afghanistan, the White House said in a statement.

The Qatar News Agency said the two leaders “discussed the strategic relations between the two countries” and “reviewed the latest developments in the regional and international arenas”.

No further details of their conversation were made public.

The US-Taliban deal in February called for the government to release up to 5,000 Taliban prisoners and the Taliban to free about 1,000 detainees by March 10, when they were to open talks to end years of strife.

The Taliban demanded Afghan President Ashraf Ghani’s government, which was not a party to that deal, to release all 5,000 prisoners at once before negotiations.

To apply more pressure on the government, they also stepped up attacks on Afghan security forces.

Ghani rejected the demand and has begun a phased release of 1,500 prisoners, while the Taliban has freed 40 detainees so far.

Denver weather: More 90-degree days ahead but first, a sharp cool down

Russia arrests over 1,300 as protests erupt over mobilisation