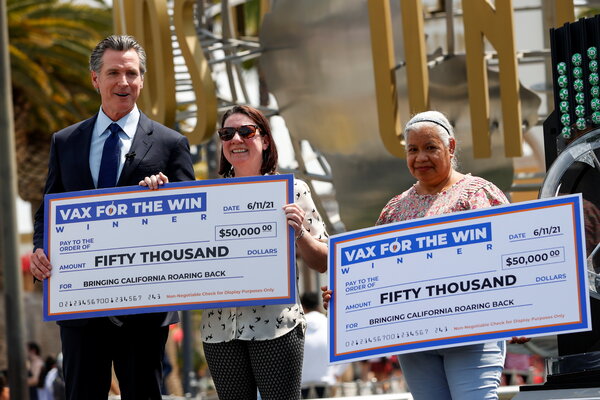 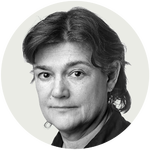 By Adeel Hassan and Andrea Kannapell

Massachusetts and Michigan this week joined the parade of U.S. states that have introduced lotteries for residents who get Covid-19 shots, seeking to bolster vaccinations with titles like “Shot of a Lifetime,” “Vax for the Win,” “Comeback Cash” and even “Do It for Babydog” (thanks, West Virginia).

In Massachusetts, the 73 percent of adults who are fully vaccinated can enroll for a chance to win one of five $1 million cash prizes. Residents aged 12 to 17, more than 60 percent of whom have received at least one shot, can, on full vaccination, have a chance at one of five $300,000 scholarship grants.

In Michigan, the lottery allows residents with only a single shot to register. So the 58 percent of adults who are fully immunized and an additional 4 percent with partial protection can register — once — for a drawing of $50,000 on any of 30 days, or the opportunity to win a single $1 million drawing or one $2 million drawing. The more than 32 percent of the state’s 12- to 17-year-olds who have received at least one shot can register for one of nine chances to win a four-year grant valued at $55,000.

Whether the lotteries work is another question. Some states have reported boosts in vaccinations after starting their lottery programs. But Ohio, the first state to offer a lottery, saw an early bump evaporate and has given up the program. In Arkansas, Governor Asa Hutchinson said last week that the incentives the state tried were “no longer getting the results that we want” and would be ended.

Here’s what other states have done:

Many states offer incentives, but Ohio was the first state to announce a cash lottery, on May 12, and a $1 million prize winner. (It ended the program last week.)

In Alabama — where only one-third of all eligible residents are fully immunized — the Talladega Superspeedway offered free tests and vaccine shots, and offered everyone 16 and older a chance to drive their car or truck on the track if they participated.

Cash prizes are common, but some states have gotten imaginative. Delaware’s incentives include free tolls within the state. In Indiana, there is a box of Girl Scout cookies for those who get a shot at designated sites. In Maine, one vaccinated person will get $1 for every person vaccinated in the state by July 4, a total that’s nearing 900,000. And New Jersey awarded a dinner at the governor’s mansion.

Many companies, including dating apps, restaurants, grocery stores and pharmacies, are continuing to offer incentives to vaccine holdouts. Krispy Kreme, famously, is handing out a free doughnut to customers who show their vaccination card.

United Airlines just closed a sweepstakes for free travel around the world for one year; Kroger is giving $1 million and free groceries for a year to one lucky customer; and CVS’s contest has free cruises, tickets to Super Bowl LVI, and cash among its prizes.

Biden to name Yellen to Treasury to lead U.S. from sharp economic downturn