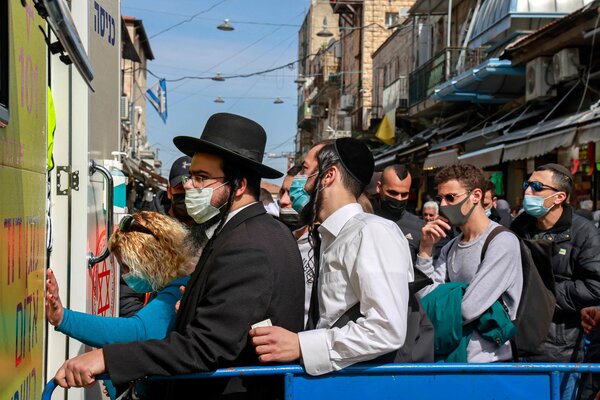 JERUSALEM — The two-dose Covid-19 vaccine developed by Pfizer and BioNTech is protecting recipients about as well in wide actual use as it did in clinical trials, according to a new large-scale study from Israel that was published on Wednesday in The New England Journal of Medicine.

The study, by the Clalit Research Institute, the research arm of Israel’s largest H.M.O. in collaboration with experts from Harvard University and Boston Children’s Hospital, found that the vaccine reduced symptomatic cases by 94 percent a week after the second dose, and reduced severe disease by 92 percent.

The study appears to be the first large-scale, peer-reviewed examination of the vaccine’s performance in general use. It included more than a million people aged 16 and over, nearly 600,000 of whom had been vaccinated, and an equally large, carefully matched control group of unvaccinated individuals.

The results reflect those of earlier studies out of Israel, as well as clinical trials showing a 95 percent efficacy rate for the vaccine.

“You’re never quite sure, after a controlled trial, will it really look like this in the real world?” Dr. Phil R. Dormitzer, vice president and chief scientific officer of viral vaccines at Pfizer, said in an interview. “So that’s some good news.”

Israel’s swift inoculation campaign has outpaced the rest of the world, making the country a kind of test laboratory for the two-dose Pfizer-BioNTech vaccine. More than half the nation’s 9 million people have received the first dose, and more than one-third have received both.

The country has universal health care, and about 53 percent of the population is enrolled in Clalit Health Services, giving researchers access to a huge pool of data that could be used to make certain that they were drawing sound conclusions.

“In all studies of vaccine effectiveness, a major challenge is to ensure that those we are comparing to identify the vaccine’s effect are similar in the other characteristics that may predict whether they get infected or ill,” said Prof. Marc Lipsitch of the Harvard T.H. Chan School of Public Health, who took part in the study. “Clalit’s extraordinary database made it possible to design a study that addressed these challenges.”

“We have more than 20 years of fully digitized electronic medical records,” said Prof. Ran Balicer, who directs Clalit’s research institute and is the senior author of the new study.

The study included some 22,000 vaccine recipients aged 80 or above, a much larger sample of this exceedingly high-risk category than Pfizer had in its randomized clinical trials. The new study found no drop in effectiveness for the vaccine among older people.

“This research is a perfect example of how randomized trials and observational health care databases complement each other,” Prof. Miguel Hernán, another Harvard researcher who took part in the study, said in a statement.

The study began when Israel started its vaccination drive on Dec. 20, and continued until Feb. 1 — a period when Israel was going through its third and largest wave of infection, and when the B.1.1.7 variant, first detected in Britain, was becoming the dominant source of new cases in Israel. The study indicated that the vaccine is effective against that variant.

City of Winnipeg could be losing $12M monthly due to COVID-19: report