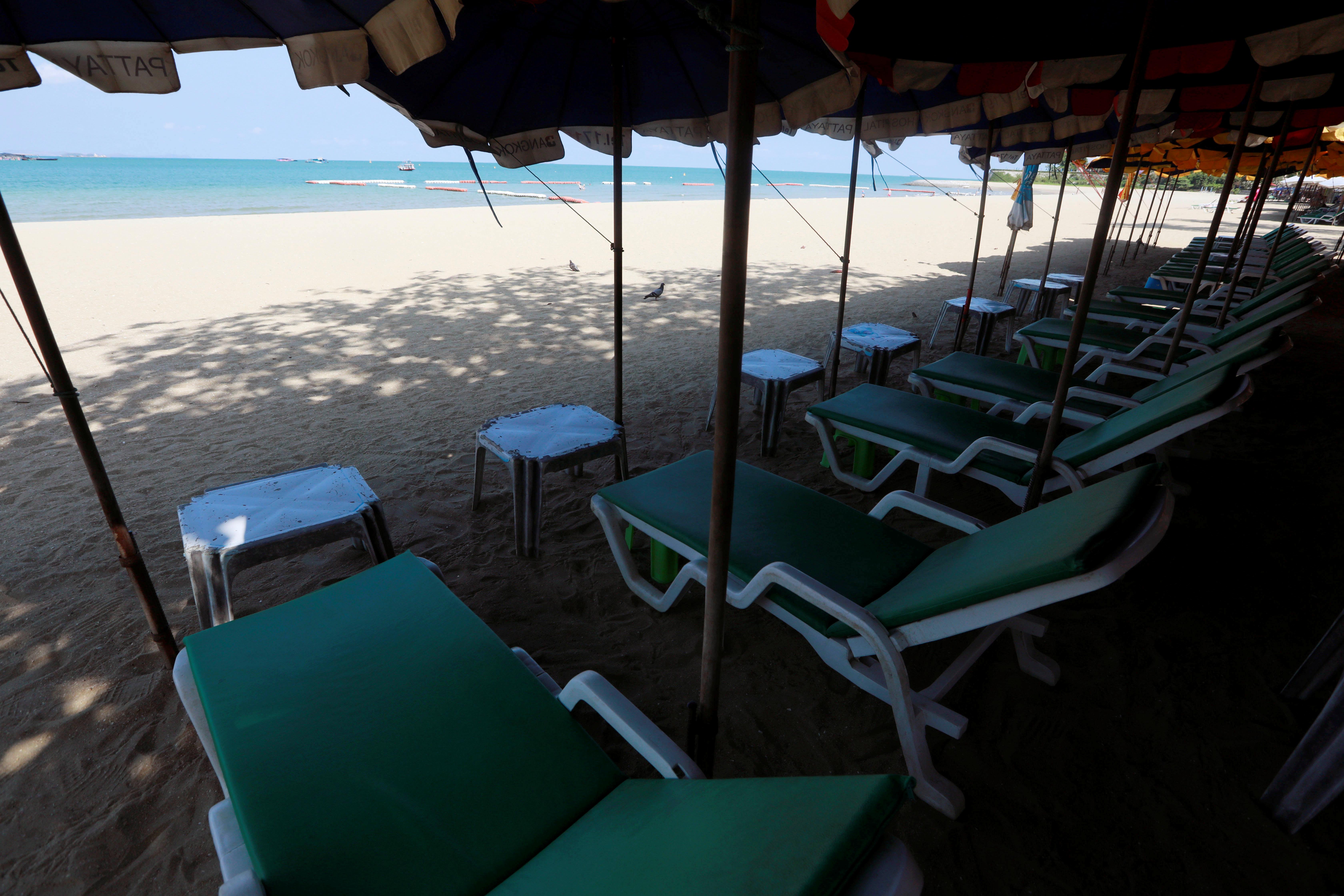 PATTAYA, Thailand (Reuters) – Beaches are deserted, go-go bars stand empty and cabarets have shut their doors in Thailand’s tourist haven of Pattaya, as business has ground to a standstill after worldwide travel restrictions because of the coronavirus pandemic.

For one of the world’s most famed – some might say infamous – tourism hotspots, the economic devastation is near-total and business owners say haven’t seen anything like it for four decades.    “Our organization has halted business 100%. Pattaya is a tourist city, we rely mostly on them. The whole city is affected by the virus,” Alcazar Cabaret Show executive Pawin Phettrakul told Reuters.    In normal times, the theater – which features high-kicking dancing girls wearing elaborate feather headdresses and sequined dresses – sees over a thousand tourists daily, but now there are zero.    Alcazar Cabaret is not planning on laying off its staff at the moment, but the foreseeable future seems bleak.    Thailand depends on tourism for around 12% of its GDP, but in Pattaya, nearly the entire economy runs on visitors.

The resort town saw over 15 million visitors in 2018, according to the 2019 Chonburi Provincial Statistical Report, which was already a 20% drop from the previous year.    “I would say that this is the worse that has ever hit Pattaya. And, during the past two to three weeks, so much businesses has already folded, has already went bankrupt, closed down due to the coronavirus,” said Roy Fu Wanlong, a business owner in Pattaya.

The city in recent years has been trying to shed its association with sex tourism that started in the 1970s when it became a rest and relaxation spot for U.S. soldiers during the Vietnam War.

The town has promoted family-friendly entertainment and boat tours in the city.