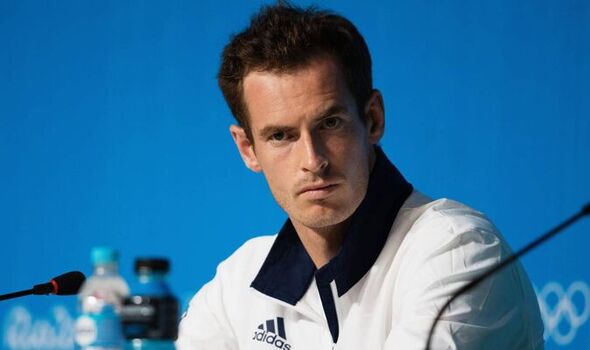 The 35-year-old former Wimbledon champion said the deaths of 19 children and two teachers in the shooting had left him “angry” and “incredibly upset”.

He said: “I think there’s been over 200 mass shootings in America this year and nothing changes.

“I can’t understand that. “You can’t keep approaching the problem by having more guns in the country. I don’t see how that solves it.”

The shooting at Robb Elementary in Uvalde on May 24 provoked more calls for gun control measures in the US.

Senior Republicans have already expressed their opposition to tighter rules on gun ownership, such as background checks.

Murray believes that changes need to happen. “My feeling is that surely at some stage you do something different,” the dad of four told the BBC.

He added: “I heard something on the radio and it was a child from that school.

“I experienced a similar thing at Dunblane…a teacher coming out and waving at all of the children, telling them to go and hide under tables.

“And it was a kid telling exactly the same story about how she survived it.

“They were saying that they go through these drills, as children at seven, eight years old.

“How? How is it normal that children should be having to go through drills, in case someone comes into a school with a gun? I don’t get it – it’s really, really upsetting and I hope they make some changes.”

Murray was an eight-year-old at Dunblane Primary School near Stirling in March 1996 when 16 children and a teacher were murdered by gunman Thomas Hamilton.

In the athlete’s 2019 documentary Resurfacing, he told how his family used to give lifts to Hamilton.

He explained: “We knew the guy, we went to his kids’ club, he had been in our car, we had driven and dropped him off at train stations and things.”

Shoppers left ‘screaming’ after people injured in shootout outside supermarket