MADRID (Reuters) – The rate of new coronavirus infections and deaths in Spain slowed again on Sunday as the country, suffering from one of the world’s worst outbreaks of the pandemic, began its fourth week under a near-total lockdown. 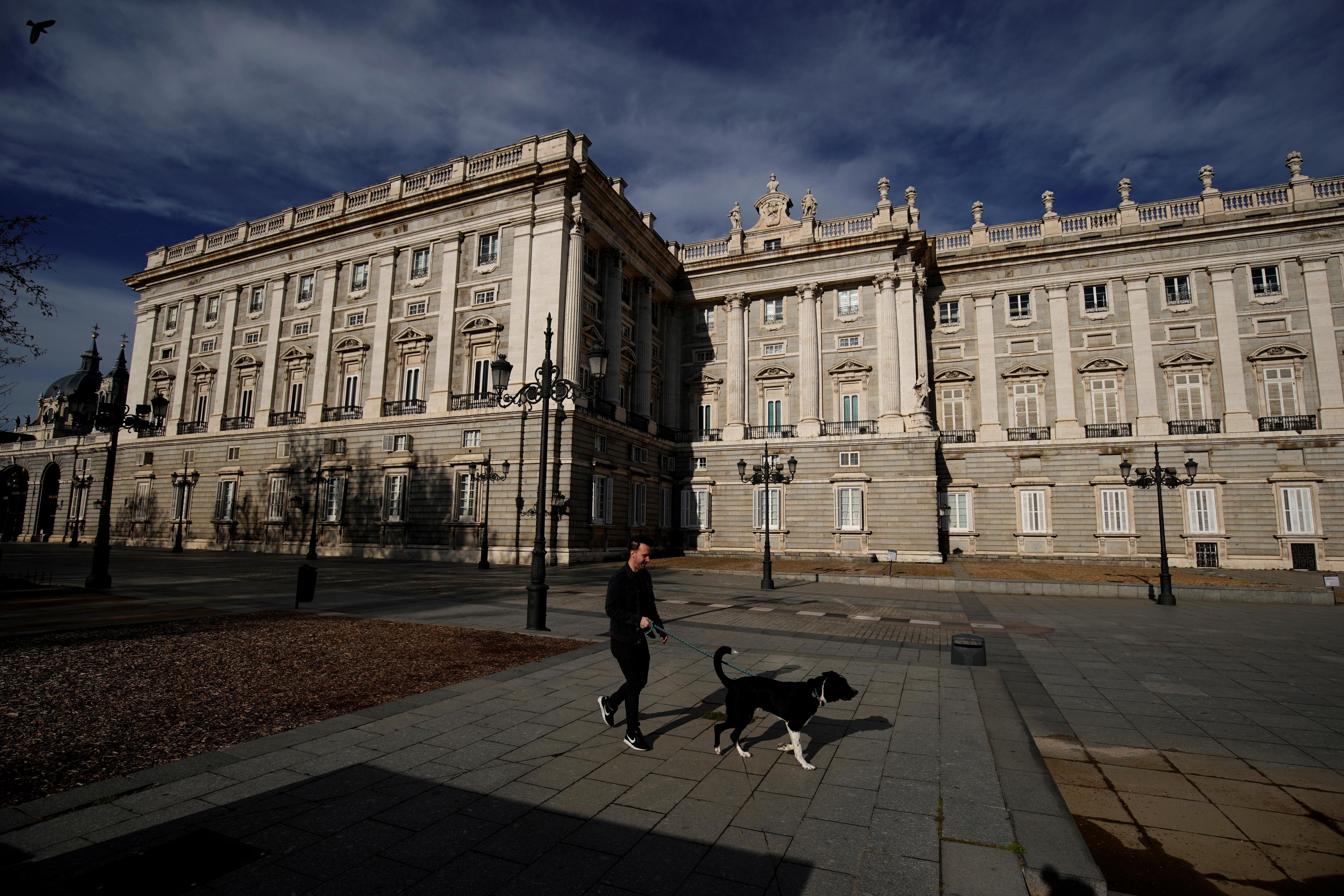 Deaths from the highly infectious COVID-19 respiratory disease rose to 12,418 on Saturday – the second-highest worldwide after Italy. However, the toll of 674 people who died during the past 24 hours was down from Saturday’s 809 and well below Thursday’s daily record of 950, the Health Ministry said.

Sunday’s rise represented a 6% increase in total deaths, about half the rate reported a week ago.

“Today I unite (with colleagues) to give a small message of hope,” said General Miguel Angel Villaroya, chief of the defense staff, during a coronavirus briefing on Sunday. “We are on the right track and we will beat it (the virus).”

On Palm Sunday, a week before Easter, churches stood silent and empty in the capital Madrid, while streets that are usually packed with the stalls of the Rastro flea market were deserted.

Prime Minister Pedro Sanchez, in a televised address to the nation on Saturday, announced an extension of the state of emergency lockdown until April 26 to help tackle “the greatest crisis of our lives”. [nL8N2BS07V]

He said while lockdown measures would probably last even longer than the next 15 days, some economic restrictions, such as keeping all non-essential workers at home, would be lifted after Easter. Shops, bars and restaurants will, however, remain closed.

Business groups CEOE and CEPYME warned that while the new extension “will serve to accelerate the exit from the current health crisis” it could “deepen the economic recession in which many sectors and companies…are already mired”.

They called for the government to extend aid for companies to 50 billion euros ($54.04 billion) from 20 billion and suspend taxes for particularly badly hit sectors.

Economy Minister Nadia Calvino rejected the idea in an interview with El Pais on Sunday. Asked when Spain would get back to normal, Calvino said, “We cannot return to normal from 0 to 100 in one day. We must guarantee security.”

In an article published in a series of European newspapers on Sunday, Sanchez appealed for unity among the 27 European Union countries to combat the coronavirus outbreak.

“Solidarity is a key principle of the EU treaties. And it is shown at times like this. Without solidarity there can be no cohesion, without cohesion there will be disaffection and the credibility of the European project will be severely damaged.”

Blood cancer while pregnant amid a global pandemic: One mum’s courageous fight for survival

Kate and Meghan’s friendship breakdown, including ‘flowers thrown in the bin’

The Cutthroat World of $10 Ice Cream

EU POLL: Do you think the euro will survive the decade? VOTE NOW

Donald Trump’s bout with Covid-19 was more serious than acknowledged at the time.