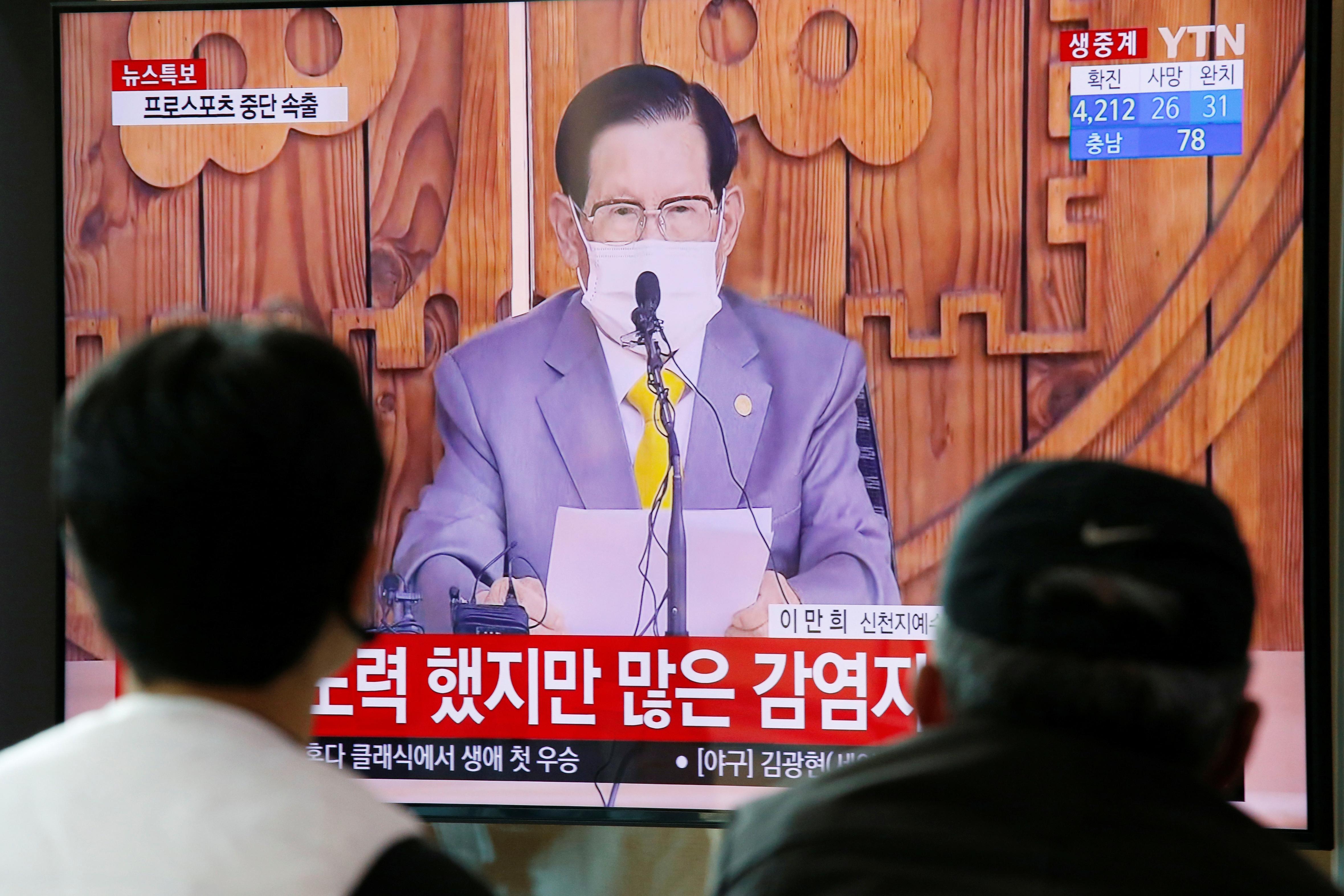 SEOUL (Reuters) – A South Korean court approved on Saturday the arrest of the founder of a controversial church at the centre of the country’s largest batch of COVID-19 infections, Yonhap news agency reported.

The Suwon District Court approved an arrest warrant for Lee Man-hee, founder and head of the Shincheonji Church of Jesus, a secretive sect linked to more than 5,200 confirmed COVID-19 cases in South Korea, or 36% of total cases, according to the country’s Central Disease Control headquarters as of Friday.

A Shincheonji spokesman did not immediately reply to a request for comment. Suwon District Court and prosecution officials could not be reached outside of office hours.

Prosecutors suspect Lee of conspiring with sect leaders to hold back some of its membership data and information on meeting places when reporting to health authorities during the height of the outbreak linked to the sect in February, Yonhap said.

Lee, 89, is also suspected of embezzling about 5.6 billion won ($4.69 million) in church funds, including spending around 5 billion won to build a retreat, and holding religious meetings in regional government property without permission.

Lee, who was kept in a detention centre while awaiting the court’s decision, was directly arrested on early Saturday, Yonhap said.

Opinion | The Quiet Rage of the Responsible