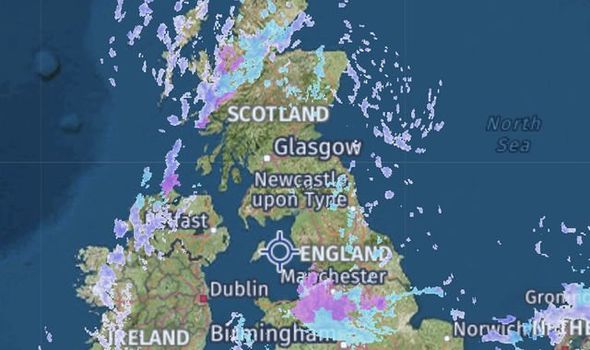 Snow is forecast to fall across the UK over the next four days with no part of the UK escaping the white stuff.

Manchester, Birmingham, Liverpool and the Black Country have already been blanketed in snow over the past 24 hours and more is due.

Met Office forecasters have warned that more than 6 inches of snow is expected in most areas. Heavy snow is forecast to last till New Year’s Eve.

Met Office weather warnings for snow are already in place for much of England and Wales and an updated weather alert just issued has warned of more than 6 inches of snow in parts and has been extended to last four days up until Thursday.

Much of the snow will cease by Monday evening into Tuesday, a new raft of warnings have been issued from 10am on Wednesday to 6am on Thursday.

The Met Office said: “An Atlantic frontal system looks likely to bring rain into parts of southwestern Britain on Wednesday.

“As this moves further east into colder air there is a chance of this rain turning to snow. The extent of any snow is very uncertain, but 2 to 5 cm could fall across a swathe of southern Wales, central and southern England, with a small chance of 10 to 15 cm settling in a few places, most likely on high ground above 200 metres.

“As the rain and snow clears on Wednesday night there is a risk of widespread ice forming on untreated surfaces.”