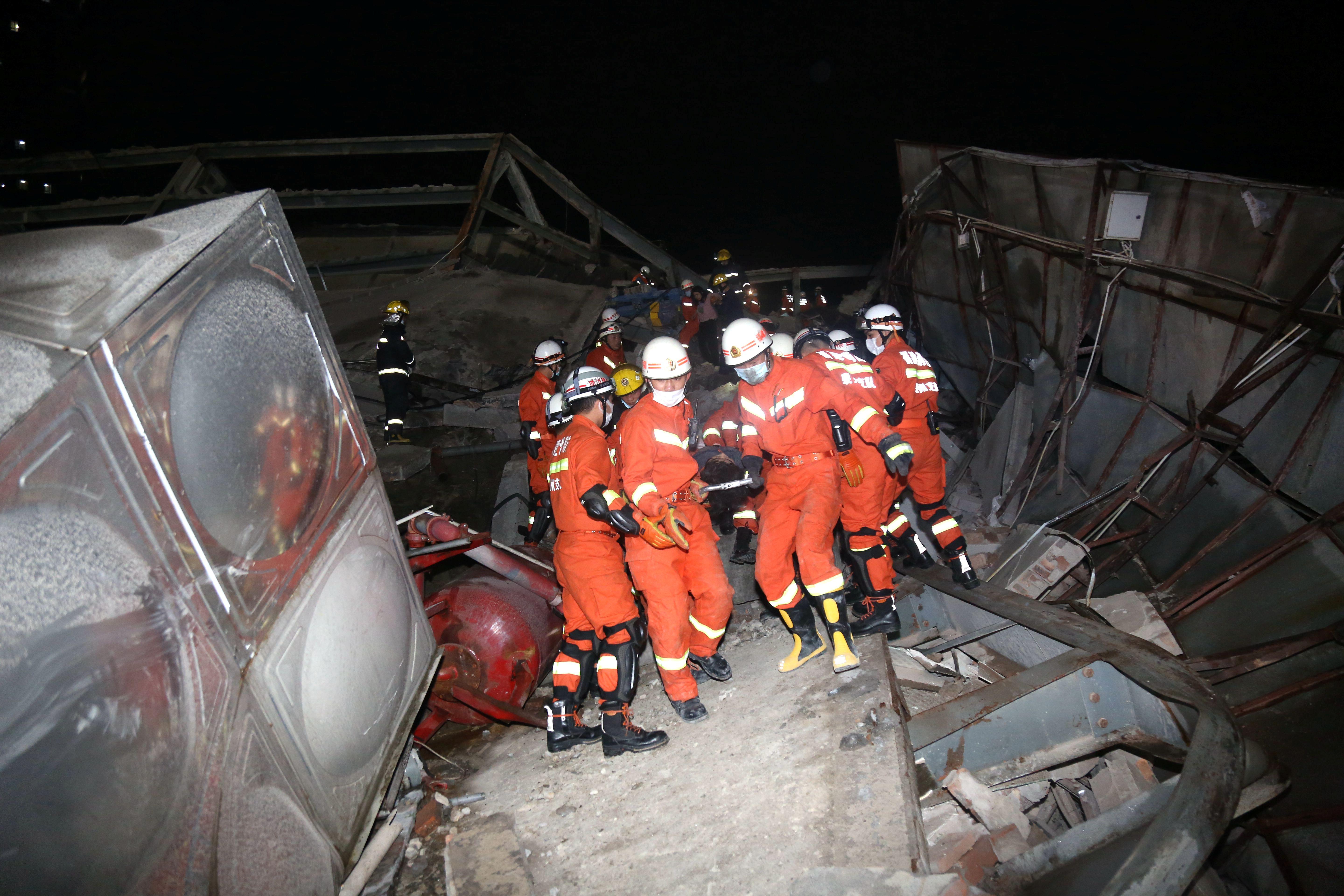 SHANGHAI/BEIJING (Reuters) – Six people have died in the collapse of a hotel in the Chinese city of Quanzhou, the Ministry of Emergency Management said on Sunday, after state media said the place was being used to quarantine individuals under observation for the coronavirus.

The hotel began to collapse on Saturday evening. As of 11:30 a.m. Beijing time on Sunday, authorities had retrieved 43 individuals from the site of the collapse, the ministry said.

Of that total, six have been confirmed dead, 36 have been sent to the hospital for care, and one individual has been deemed in need of no medical treatment, according to the ministry’s Weibo post.

Authorities are still searching for 28 people, the ministry added.

According to state media outlet Xinhua, the owner of the building, a man with surname Yang, has been summoned by police.

The building’s first floor had been under renovation at the time of the collapse, the news agency said.

As Iran coronavirus deaths rise, Rouhani hits back at criticism