Zelensky's wife Olena says 'no one will take my husband away'

“Of course she is my love. But she is my greatest friend,” President Zelensky said in an intimate discussion about his wife. Speaking from his war-torn nation, he added: “Olena really is my best friend. She is also a patriot and she deeply loves Ukraine.”

The two 44-year-olds met close to three decades ago, when they were still students, in their hometown of Kryvyi Rih, an industrial city in southeast Ukraine.

In an interview with Vogue, Mr Zelensky hailed Ms Zelenska’s response to the challenges brought by Russia’s invasion of Ukraine, saying: “She has a strong personality to start with. And probably she is stronger than she thought she was.

“And this war – well, any war is probably bound to bring out qualities you never expected to have.”

Ms Zelensky, meanwhile, opened up about her view on her husband’s job as President, and how she predicted the role would change their family’s fate.

When Mr Zelensky decided to run for office, she told the outlet, she was upset. 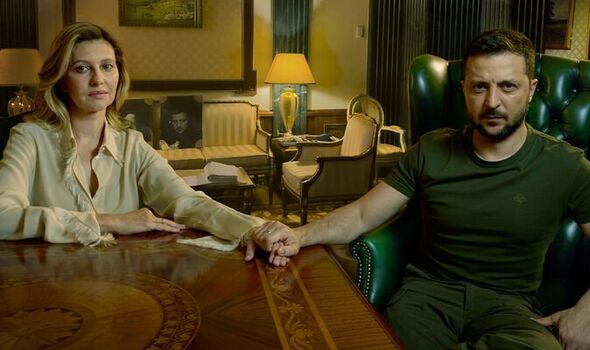 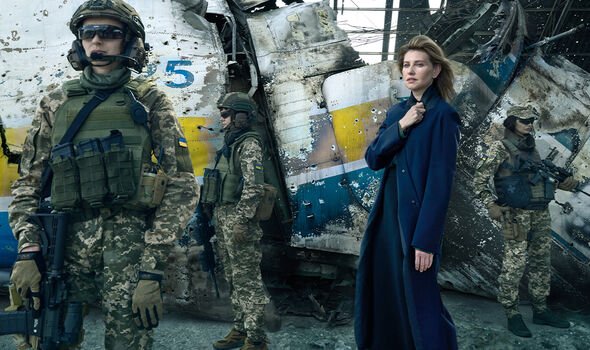 She said: “I respected his choice and I understood that this was an important step for him to make.

“At the same time, I felt that my life and the life of my family would change quite radically.

“The change would be long-lasting and quite complex.

“I knew there was going to be a lot of work for me, and I was right.”

Mr Zelensky has not seen his daughter, 18-year-old Oleksandra, and son, nine-year-old Kyrylo, since the war began in late February, as the children were sent to an undisclosed location for their own safety, Ms Zelenska explained.

She said: “He (Mr Zelensky) suffers. And then my kids do, too, because they can’t see each other.”

The President added: “Like any ordinary man, I have been worried sick about them, about their safety. I didn’t want them to be put in danger. 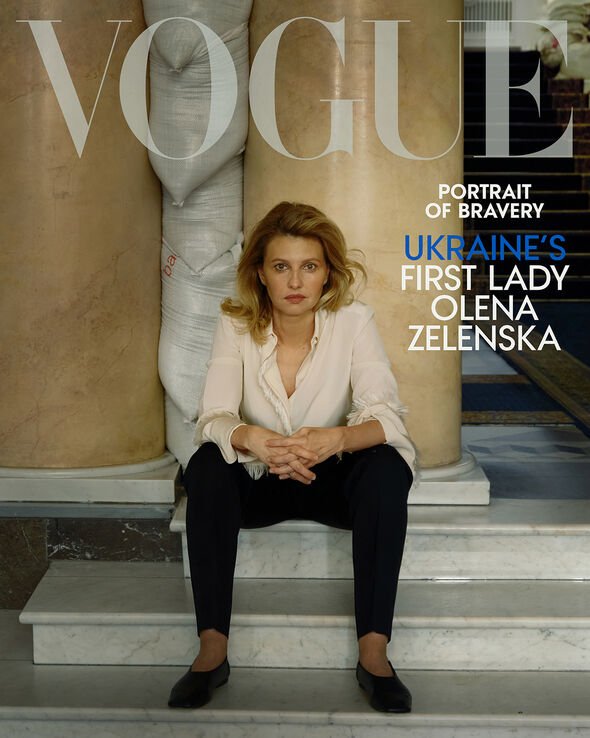 As the war nears the half-year mark, brutal attacks continue to bring death and destruction to Ukraine.

In the Odesa region, buildings in coastal villages were hit and caught fire, Ukraine’s Operational Command South said on Facebook.

In the Mykolaiv region, port infrastructure was targeted despite agreements intended to allow grain shipments to resume from Ukraine’s Black Sea ports.

Hours after the strikes, a Moscow-installed official in southern Ukraine said the Odesa and Mykolaiv regions would soon be “liberated” by Russian forces, just like the already occupied Kherson region further east.

But Kyiv appears committed to not letting that happen.

Late on Tuesday, it emerged that a key Russian-held bridge into the southern city of Kherson was hit with a barrage of rocket fire by Ukrainian forces, who appeared to be stepping up operations there.

Video and witness accounts showed up to 18 detonations on the Antonivskiy Bridge over the Dnieper river, one of the main Russian resupply routes into Kherson, with Russian anti-missile air defences apparently failing to intercept the strikes.

There were also reports that a railway bridge was targeted.

Ukraine’s armed forces published a one-minute clip on Telegram purportedly showing the rocket fire just after 1am on Wednesday.

The force said: “The moment of the flight over the Antonivskiy Bridge.” 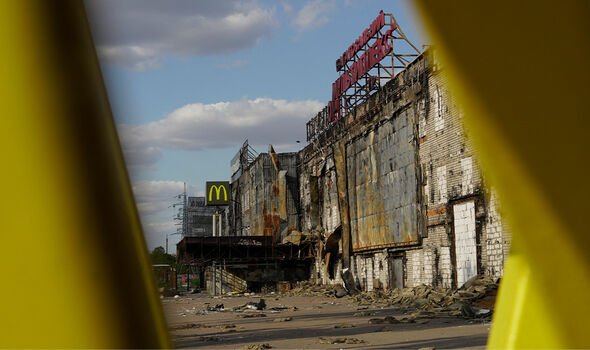 In another series of videos posted to Telegram where loud explosions could be heard, the military added: “Explosions in the Antonivskiy Bridge area.”

A senior presidential adviser to President Zelensky, Anton Gerashchenko, cited Ukraine’s armed forces in an update posted on Tuesday morning: “HIMARS dealt another powerful blow to one of the two bridges, which are used by the invaders for a massive transfer of troops.

“Let’s hope that this time the Antonivskiy Bridge will not withstand the power of the Himars missile attack.”

The advanced weapons are more precise and offer a longer range than the Soviet-era artillery that Ukraine had in its arsenal, allowing defenders to attack Russian targets and arms depots further behind the front lines.

Kyiv last month thanked the Biden administration for the arrival of eight of the HIMARS. Still, more weapons are needed, officials insist – and Ms Zelenska has helped them in their pledge.

Addressing American senators and representatives, she spoke of the stories of families torn apart by Russian bombs and bullets, illustrated with photos of children, mothers, fathers and grandparents killed in the war.

“We thank you for that. Unfortunately, the war is not over, the terror continues.

Mr Zelensky told Vogue of the work his wife is doing: “I believe that she plays a very powerful role for Ukraine, for our families, and for our women.”

Myanmar coup: Tens of thousands protest and call for Aung San Suu Kyi’s release despite internet being cut off

Matt Hancock snaps at SNP MP in COVID inquiry ‘It has nothing to do with SAGE!’