Brazil goes to the polls on Sunday in what will be a crucial election for the future of the country. Current president, Jair Bolsonaro, is a controversial far-right figure, and polls currently show he is behind the leftwing former President Luiz Inácio Lula da Silva. Many experts are branding this year’s Brazilian election as more divisive than any other before it. Why is Brazil’s president so polarising? And why do so many fear that democracy in the country could be under threat? Express.co.uk takes a look at the controversial figure that is Bolsonaro.

Born in a small village northwest of Sao Paolo, Bolsonaro’s formative experiences came when he went to the Preparatory School of the Brazilian Army before graduating from the military academy in 1977. He served as a paratrooper for 17 years and even rose to the rank of captain.

His military background is one of the big drivers behind his political trajectory. In fact, it was during this time he first rose to prominence, criticising the Brazilian army’s pay in an article for a popular magazine in 1986.

Bolsonaro left the army two years after the article was published and soon entered the world of politics, getting elected into a seat on the Rio de Janeiro city council in 1989. He made a name for himself for his extremely conservative views which he still holds today. 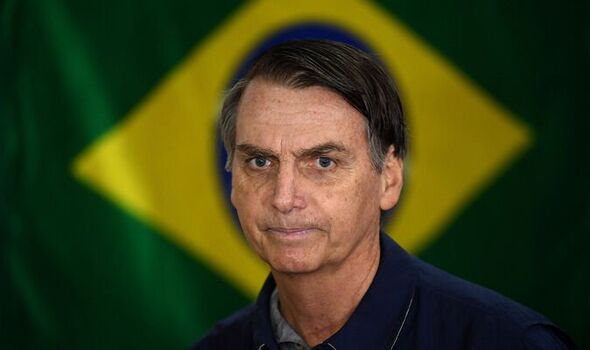 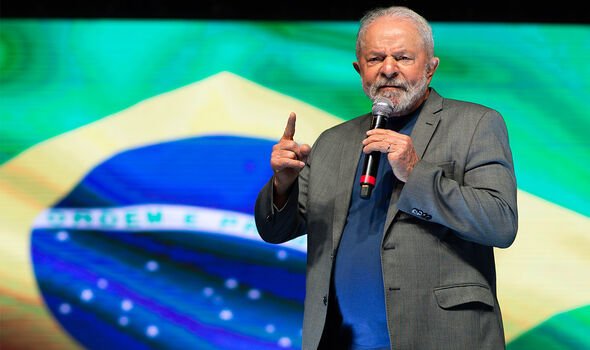 Throughout his career, Bolsonaro has been accused of being prejudiced against different minority groups. He once said he “would be incapable of loving a homosexual son,” adding that he would prefer his son to die in an accident rather than “show up with a mustachioed man.”

Another controversial moment came when Bolsonaro told a female Brazilian politician: “I wouldn’t rape you, you don’t deserve it.”

He also attracted condemnation in 2017 when he said of the descendants of African slaves: “They do nothing! They are not even good for procreation.”

These comments did not hurt Bolsonaro’s political ambitions, though. In 2018, he successfully stood to be president for the far-right social liberal party.

But in the years building up to 2022’s vote, Brazil has been plunged into multiple crises. 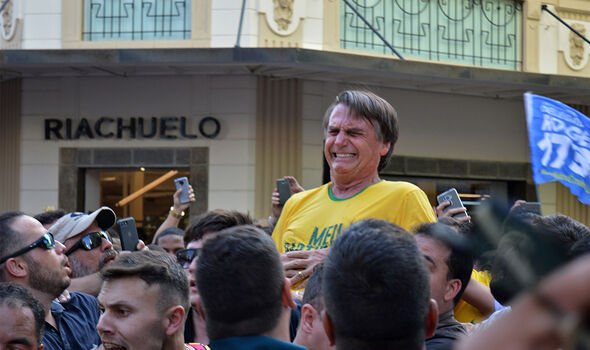 The country faced economic turmoil when it entered a recession in 2014. The economy only worsened, and a number of corruption scandals left much of Brazil furious with the government led by the Workers’ Party.

Named Operation Car Wash, an investigation was launched in 2014 to look into allegations that executives at the state oil company, Petrobras, had received bribes from construction companies and awarded them contracts at inflated prices.

The Workers’ Party was accused of funneling funds to pay off politicians and buy their votes. Luiz Inacio Lula da Silva, the left-wing former president known as ‘Lula’ who will run for reelection this year, was among the accused.

Lula was sentenced to 12 years in prison despite denying all the charges brought against him. He was later released from prison in 2019 after a Brazilian Supreme Court ruling. This came after revelations that the controversial judge who sentenced Lula had colluded with prosecutors who led the investigation. 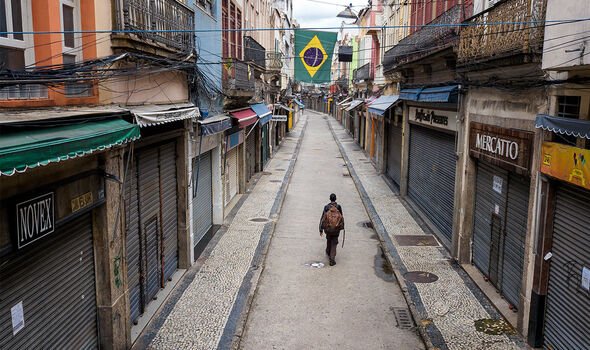 But Lula’s imprisonment took him out of the 2018 presidential race, allowing Bolsonaro to capitalise and become president. He had engaged with the widespread disillusionment in the country due to rampant corruption, promising to clean up Brazilian politics.

Bolsonaro also adopted a hard line on crime, and won over many within the Brazilian Evangelical Christian population after opposing abortion.

But the campaign trail also led to a shocking moment which nearly saw Bolsonaro assassinated. While campaigning in Juiz de Fora, about 115 miles north of Rio de Janeiro, he was stabbed in the stomach by an attacker. Bolsonaro’s intestines were damaged, and he had to undergo a two-hour surgery to stop internal bleeding.

In 2019, his attacker was acquitted by a judge because he was deemed was mentally ill, a decision which angered Bolsonaro.

In reponse, the newly elected president said: “I will contact my lawyer. I will try to do whatever is possible. They tried to kill me. I am certain who they were.

“This is a crime against a presidential candidate who now has the mandate and we must go to the final consequences of that situation.” 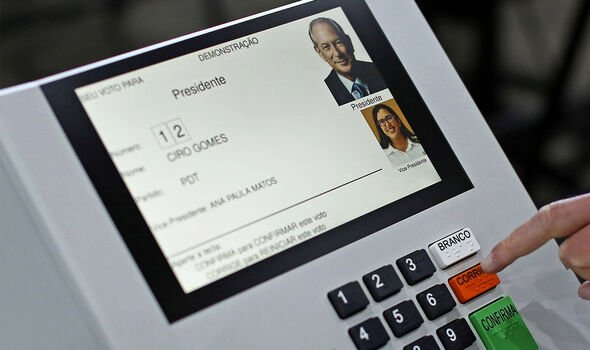 Bolsonaro may have secured victory in 2018, but it appears he could be voted out after just one term in office. His opponent, Lula, now enjoys a 13-percentage-point lead according to a Genial/Quaest poll released on Wednesday, despite his own murky past.

The main criticisms against Bolsonaro’s presidency include the destruction of the Amazon rainforest, rising violence against indigenous people and Brazil’s stalling economy.

But Bolsonaro’s response to the COVID-19 pandemic has been the issue that has attracted most international criticism. Brazil’s death toll from the virus currently stands at 680,000, the second highest in the world.

He once branded the virus “a bit of a cold” and has even been accused of deliberately delaying the vaccine rollout while promoting dubious “cures” such as hydroxychloroquine. Last month, Brazil’s federal police called for Bolsonaro to be charged with spreading misinformation about the coronavirus outbreak.

Bolsonaro has been described as a Donald Trump-like figure during his time in office. He appears to be living up to this reputation as he has already cast doubt over the validity of the upcoming election, as did Trump following his defeat in 2020.

The votes cast this weekend will be done electronically, as has been the case in Brazil since 1996. But Bolsonaro says “the system is completely vulnerable”, with many arguing that he is attempting to sow doubt in the country’s electoral processes.

He added: “We cannot have dubious elections in 2022. Public counting of votes is needed”. But experts and electoral officials alike have dismissed Bolsonaro’s claims.

It is not the first time Bolsonaro has questioned the electoral processes. Even after winning the 2018 presidential election in a run-off, he claimed that he would have won an outright victory in the first round if it were not for “voting fraud.”

Studies into the 2018 vote have since found no evidence of any voting irregularities.

Many fear the Brazilian president could use this narrative to try and cling to power, even if he loses on Sunday.

Coronavirus: What to know about the 1st Canadian ‘community case’ of COVID-19

US oil price plunges below zero for first time in history