Prince Faisal bin Abdullah was detained by Saudi authorities in late March, has not been heard from since, HRW says. 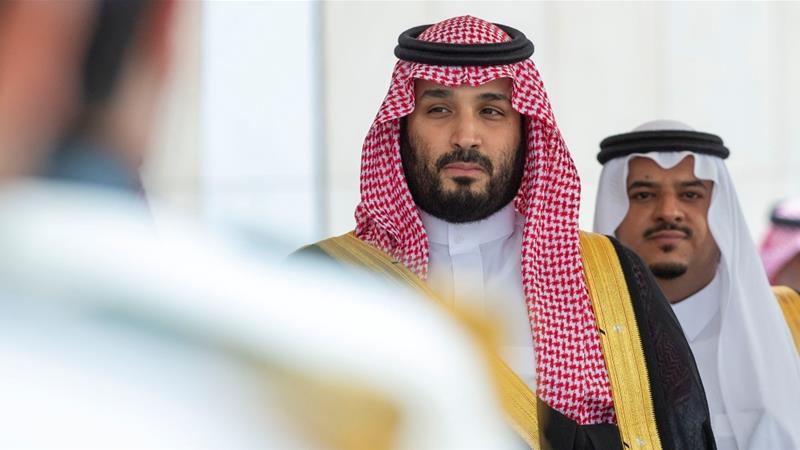 Prince Faisal bin Abdullah al-Saud, a son of Saudi Arabia’s late monarch King Abdullah, has been in incommunicado detention since the end of March, according to a prominent rights group.

Human Rights Watch (HRW), citing a source with ties to the royal family, said on Saturday the prince was arrested by security forces on March 27 while self-isolating due to the coronavirus pandemic at a family compound northeast of the capital, Riyadh.

In 2017, the prominent member of the royal family had been rounded up and detained at a luxury hotel in Riyadh, in what was billed as an attempt to combat corruption among the higher echelons of the kingdom’s bureaucracy. Prince Faisal, a former head of the Saudi Red Crescent Society, was released later that year.

There was no immediate comment by Saudi authorities to the HRW’s report.

Earlier in March, Saudi Crown Prince Mohammed bin Salman (MBS) had launched a sweeping crackdown against senior royals and security officers, according to several reports, in what observers saw as the latest effort by the heir to the throne and de facto ruler to consolidate power in the kingdom.

Two of the royal family’s most influential members, Prince Ahmed bin Abdul Aziz, the youngest brother of King Salman, and Mohammed bin Nayef, the former crown prince and interior minister, were targeted in the crackdown.

It was not clear if the reported detention of Prince Faisal was related to those in early March.

Rights groups have denounced the detention of hundreds of activists, including women’s rights campaigners, amid growing criticism over the kingdom’s human rights record, including the 2018 killing of journalist Jamal Khashoggi by a team of Saudi agents, and the devastating war in Yemen.

“Now we have to add Prince Faisal to the hundreds detained in Saudi Arabia without a clear legal basis,” he added.

The kingdom has regularly denied allegations of unfair detention. Authorities said last year the government was winding down the anti-corruption campaign targeting many of royals, businessmen and government officials but would continue to go after corruption.

HRW said Prince Faisal’s whereabouts or status are not known.

“The source said that Prince Faisal has not publicly criticised authorities since his December 2017 arrest and that family members are concerned about his health as he has a heart condition,” it added.

“The arrest and possible disappearance of Prince Faisal demonstrates again Saudi authorities’ blatant disrespect for the rule of law and the need for a full overhaul of the justice system,” Page said.

In late December 2017, a senior Saudi official said Prince Faisal and another royal, Prince Meshaal bin Abdullah, were released from Riyadh’s Ritz-Carlton hotel after reaching an undisclosed financial settlement with the government.

Coronavirus spreads to 18 African nations, including Kenya and Ethiopia

Russia says Kyrgyzstan is in chaos and needs stabilising