SEOUL (Reuters) – Makers of soju, South Korea’s national drink and one of the world’s best selling spirits, are jumping into the fight on the largest outbreak of coronavirus outside China by sharing their stockpiles of alcohol with makers of sanitizers. 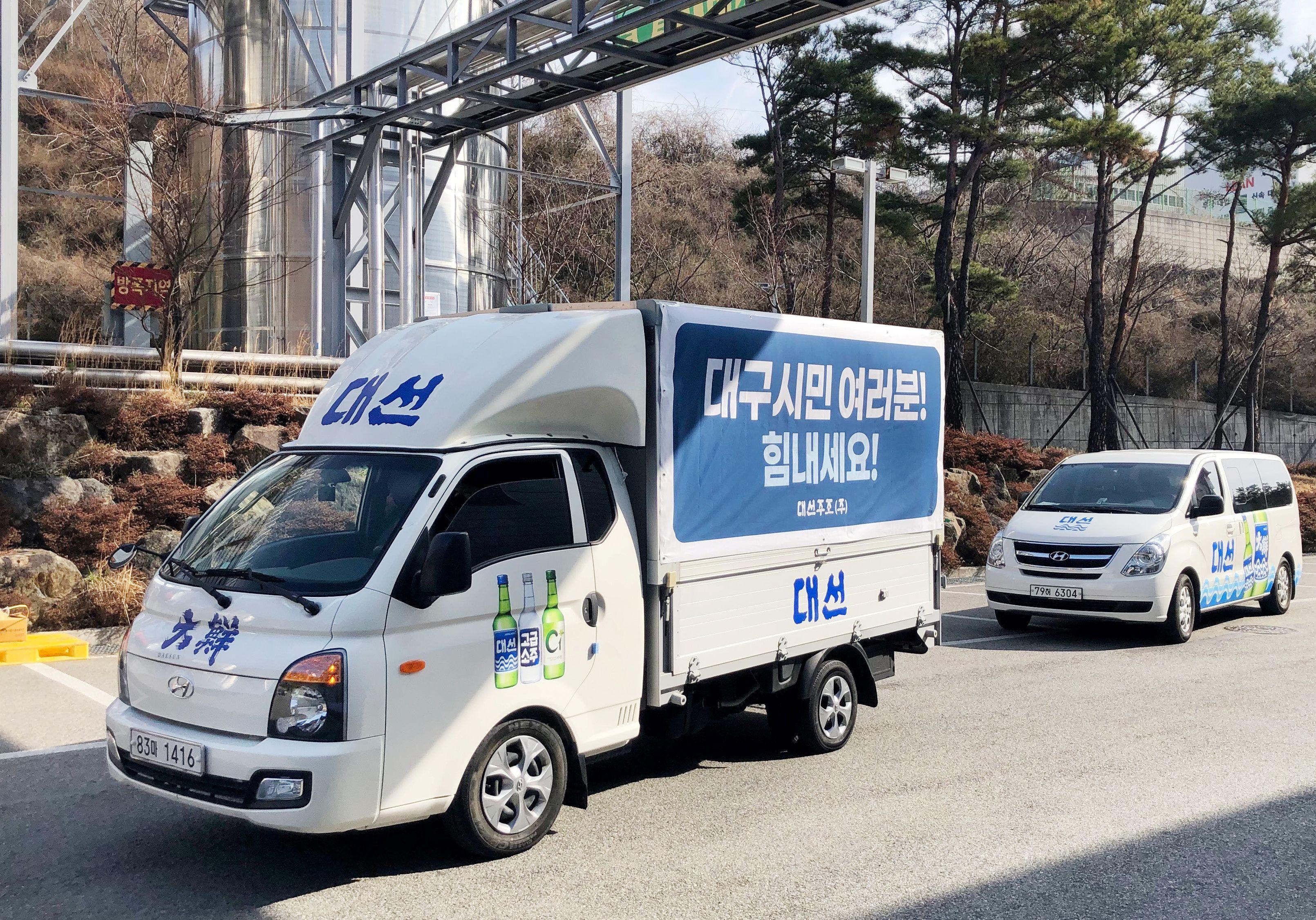 Disinfectants, such as hand sanitizers, are flying off the shelves, along with medical-grade masks, as infections in South Korea have surged past 5,000 in just over a month since its first patient was diagnosed.

South Korean soju makers have responded to soaring ethanol demand for sanitizers by donating the alcohol that goes into the drink, a distilled spirit with 17% to 20% alcohol by volume traditionally based on rice, but now often wheat or potatoes.

“Ethanol demand for disinfection has grown while supply is limited…we have decided to provide it,” an official of Daesun Distilling, based in the southeastern city of Busan, told Reuters.

To banish the virus, the company has pledged to donate 32 tonnes of ethanol for use in disinfecting buildings and public places in Busan and southeastern Daegu, the city at the center of South Korea’s outbreak.

“We plan to keep donating until the coronavirus outbreak is stabilized and to donate 50 tonnes more,” added the official, who sought anonymity as he was not authorized to speak to media.

South Koreans drink an average of about 12 shots of soju each week, media say, citing industry figures. Ethanol for alcoholic drinks can be produced by fermentation or distillation, typically from grains and plants.

The chemical can also be made from petrochemical feedstock.

Whether used for liquor or disinfection, both have the same chemical structure and can break apart the virus particle, said Lee Duckhwan, a chemistry professor at Sogang University in Seoul, the capital.

“If there’s any difference, that is the liquor tax imposed on ethanol produced by liquor makers,” Lee said.

The virus fears boosted February sales of soaps and hand sanitizers, including those with an alcohol base, to four times the level a year ago, data from a major retailer Lotte Mart shows. Shares of ethanol producers also jumped.

Following Daesun Distilling, Hallasan Soju, based on the resort island of Jeju, also provided 5 tonnes of ethanol to authorities on Tuesday, a company official said.