The “backbone” of Russia’s operations in the northern Ukrainian Kharkiv region has been “broken”, a military expert has told Express.co.uk, as Kyiv reports the discovery of up to 440 bodies in a mass grave outside a newly-retaken city. The Ukrainian push to retake Russian-controlled territory saw Kyiv’s forces snatch back control of the city of Izyum, Kharkiv Oblast, earlier this week.

The city was a Russian stronghold for much of the war, used as a base by Vladimir Putin’s forces as a supply hub.

Dr Marina Miron, of the Centre for Military Ethics at King’s College London, said the Ukrainian forces had successfully “managed to draw the Russians out of Izyum” and the neighbouring city of Balakliya.

She told Express.co.uk that Russian forces “had to retreat behind the Oskol river”, which they hope to make the “dividing line” and “stop the counter-offensive”.

She added that “this is where some real gains were made”, forcing Russian forces to “regroup and recover and replan”. 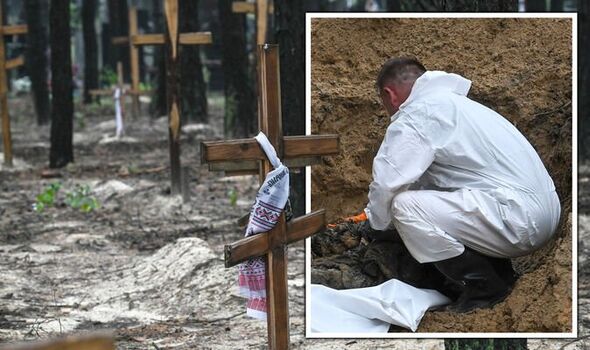 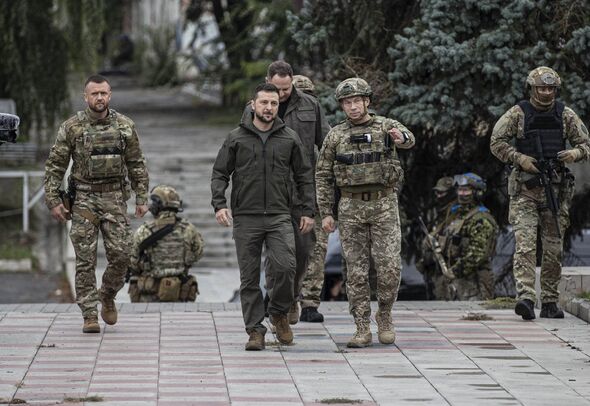 Dr Miron explained: “Taking Izyum and other smaller villages in the North essentially broke the backbone of Russia’s plan to surround Slovyansk and Kramatorsk.”

Kramatorsk, a city in the Donetsk region of the Donbas, has been subjected to heavy bombardment throughout the war.

Dr Miron said the “best bet for the Russians to avoid heavy losses” was to withdraw from the area around Izyum, “leaving behind ammo and military equipment”.

They “saw that they did not have enough manpower to stop the counter-offensive, so that was the only viable choice they had in the region”, she argued. 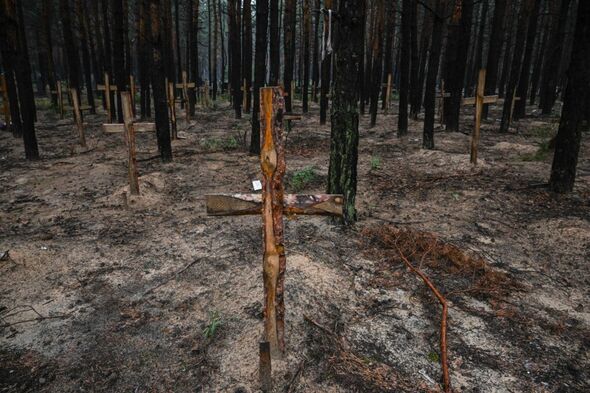 From a strategic perspective, Izyum was a loss the Russians needed to accept – but is still “less than ideal” for Vladimir Putin.

On Friday, a senior police officer in Ukraine said that a mass burial site had been discovered in the recently-liberated city, with President Volodymyr Zelensky adding that “clear, verified information” would be published later.

The chief police officer of the Kharkiv region said around 440 bodies had been discovered at the site in Izyum. 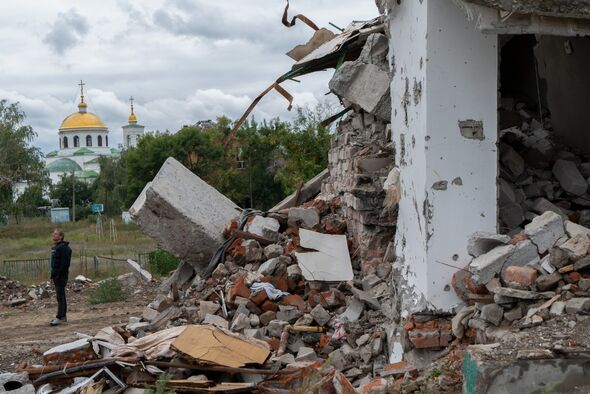 “All bodies will be exhumed and sent for forensic examination.”

Ukrainian authorities said exhumation of the graves, marked by wooden crosses in a forest near to Izyum, would begin on Friday.

Mr Zelensky said in his nightly address: “We want the world to know what is really happening and what the Russian occupation has led to.

Russia has denied that forces occupying areas of Ukraine have committed war crimes or atrocities.

But giving up control over Izyum will allow Russian forces to “concentrate on the Kherson region”, which is “much more important due to its direct proximity to Crimea”.

The Black Sea port city was the first to fall in the Russian invasion earlier this year, after Russian forces used the annexed Crimean Peninsula to launch its attacks.

PMQs LIVE: Boris under fire from own MPs over lockdown and Brexit deal – Keir to lash out