Russian conscripts took aim at their officer after he told them “you are all cannon fodder”. In makeshift barracks, furious draftees can be seen walking towards the Lieutenant-Colonel and engaging in a heated argument. But hell all breaks loose when the Russian soldiers start beating him up.

Footage appears to show a conscript throwing punches at the officer after he reportedly said they were “facing slaughter”. Others then joined him in slapping the officer.

The brother of a draftee reportedly said: “My brother messaged me just now. There was a Lt Colonel walking among the newly-mobilised recruits, telling them, ‘you are all cannon fodder, you are facing slaughter’.

“There was a fight, the colonel’s face was smashed. They could hardly pull the soldiers apart. Two ambulances rushed there in one hour.”

The unnamed officer’s face was “all smashed with broken bones”, reports said. 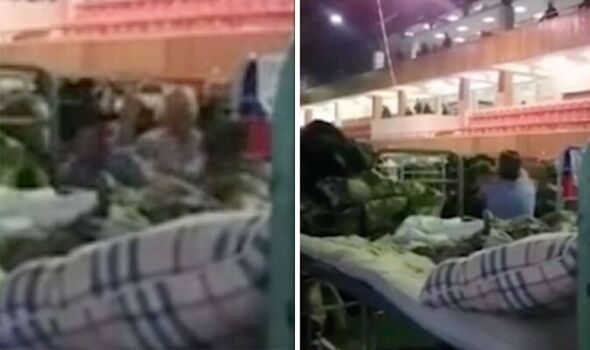 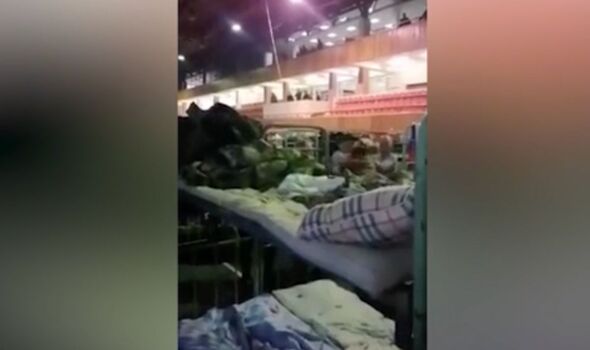 The brawl erupted at the Rubin Palace of Sports, where hundreds of thousands of reservists have been sent to fight in Ukraine following Putin’s mobilisation order.

According to independent Russian media Novaya Gazeta Europe, 261,000 men had evacuated on Wednesday and Saturday.

Putin officially called up 300,000 reservists to fight in a desperate bid to resist the Ukrainian advance into Russian-controlled territory.

But the official number is believed to be one million according to a hidden clause in Putin’s partial mobilisation order, an unnamed Kremin source told an independent Russian outlet. 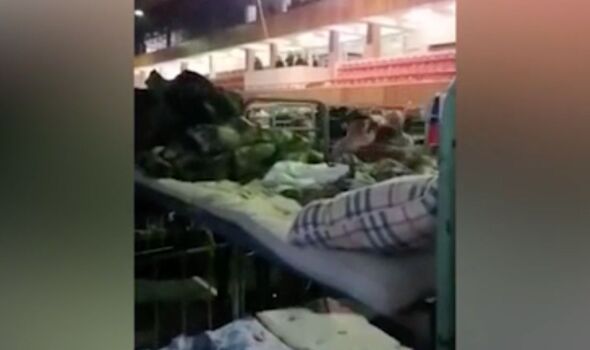 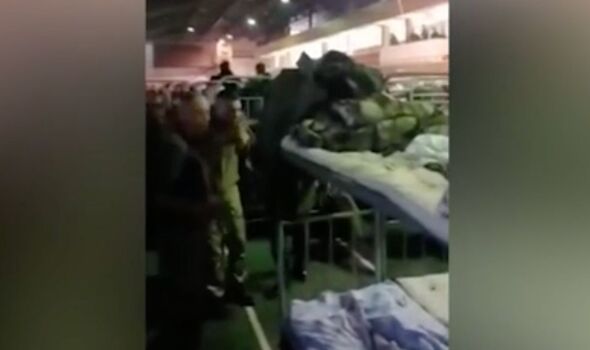 Since Putin’s “partial mobilisation”, videos have emerged showing hundreds of thousands of Russians fleeing the country to escape conscription.

In the hours following his announcement, people flocked to airports in Moscow and St-Petersburg, with plane ticket prices soaring above £4,400. Other people drove all the way to the Russian borders.

Putin reportedly signed another decree on Friday allowing him to call 120,000 people for military service, according to Russian state-controlled news agency TASS. 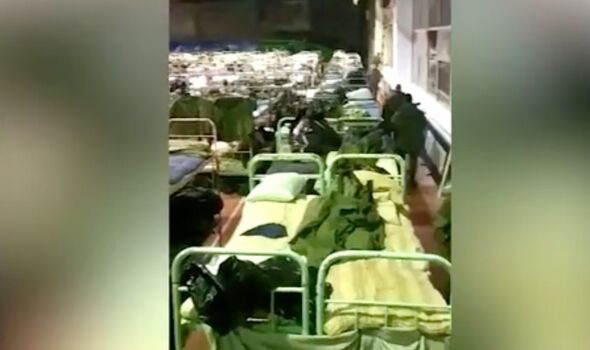 The Russian leader again upped the ante in a speech on Friday by formally annexing four Ukrainian regions – Kherson, Zaporizhzhia, Luhansk and Donetsk.

After signing treaties, the Russian-installed leaders of the four regions gathered around Putin in the Kremlin Grand Hall, linking hands and joining chants of “Russia! Russia!” with the clapping audience.

US President Joe Biden addressed Putin direcly, saying: “America’s fully prepared, with our NATO allies, to defend every single inch of Nato territory” after the Russian leader made a veiled nuclear threat.