MOSCOW/ISTANBUL (Reuters) – Russia is racing to reinforce its troops in Syria by sea and air before talks between the Russian and Turkish leaders in Moscow on Thursday, flight data and shipping movements show. 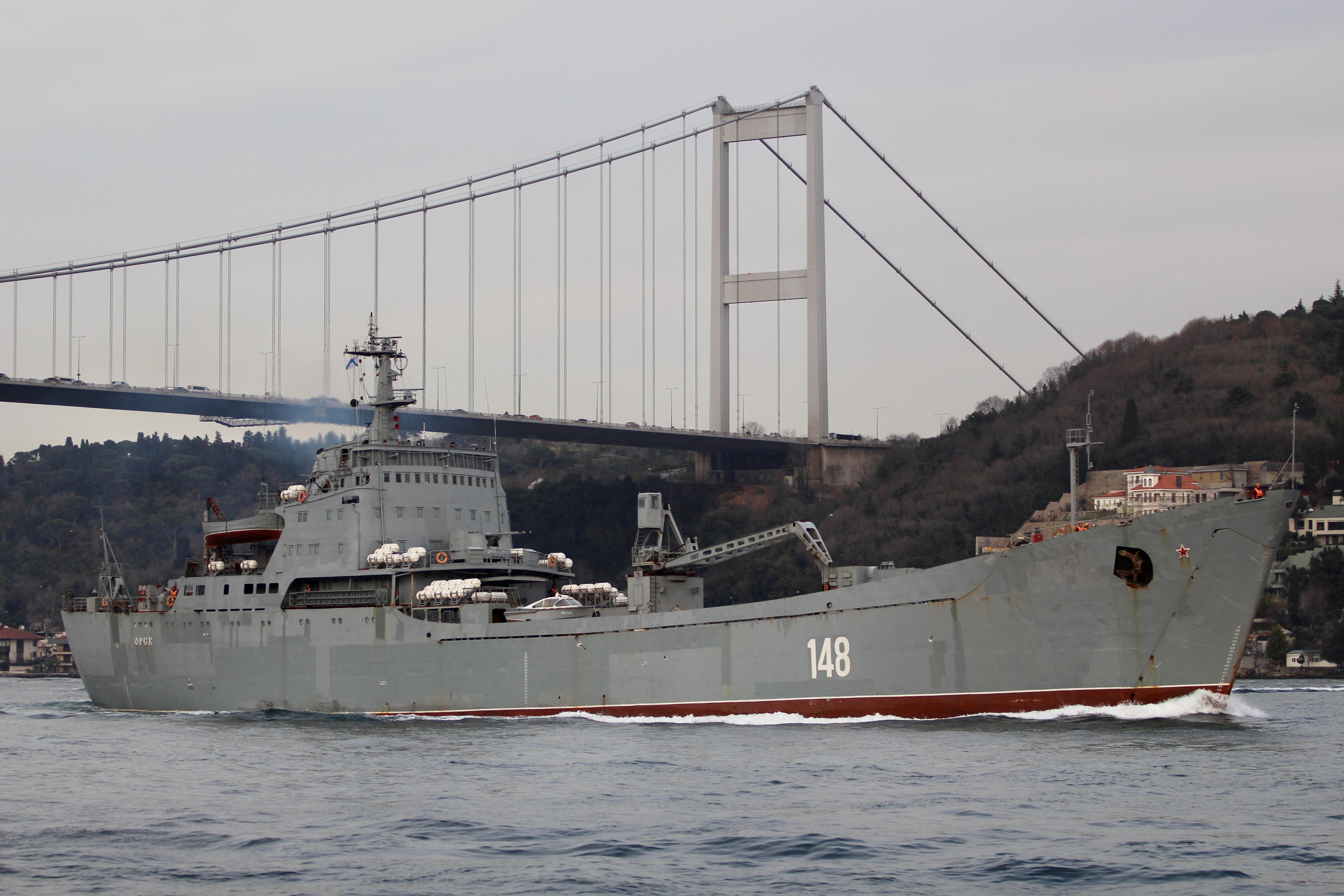 The two presidents, Vladimir Putin and Tayyip Erdogan, agreed to meet after a surge in tensions between their countries over fighting in Syria’s Idlib province between Russian-backed Syrian government forces and rebels allied to Turkey.

The fighting has raised the prospect of a direct clash between their armies, which operate in close proximity on opposing sides, and Erdogan hopes the talks will yield a ceasefire in Idlib.

A Reuters analysis of flight data and correspondents’ monitoring of shipping in the Bosphorus Strait in northwestern Turkey show Russia began to step up naval and airborne deliveries to Syria on Feb. 28, the day after 34 Turkish soldiers were killed in an air strike in Syria.

That incident prompted concern in Moscow that Turkey might close the Bosphorus to Russian warships and bar Russian military transport planes from using Turkish air space.

The Russian Defence Ministry did not immediately respond to a request for comment. A Turkish official, who asked not to be identified, said there was no plan to close the strait, which would force Russia to take longer routes to Syria.

But Russia appears to be reinforcing Syria at its fastest rate since October, when U.S. forces withdrew from some parts of Syria and Moscow scrambled to fill the vacuum.

Reuters’ monitoring of the Bosphorus since Feb. 28 shows Russia has sent five warships toward Syria within six days. That exceeds a usual pattern of one or two warships ships per week.

The Russian military announced the departure of the Admiral Grigorovich and Admiral Makarov frigates for Syria, but three other warships have followed unannounced.

One is the Orsk, a landing ship capable of carrying 20 tanks, 50 trucks or 45 armored personnel carries and up to 400 troops. The others – the Novocherkassk and the Caesar Kunikov – are landing ships that can carry over 300 troops, tanks and armor.

Turkey has responded by beefing up its escort protocol for Russian warships using the Bosphorus. Three Turkish patrol boats and a helicopter escorted the Russian frigates – such ships are usually accompanied by a single coast guard vessel.

Since Feb. 28, at least five passenger and cargo planes operated by the Russian military have also flown to Syria, including three in a single day, the flight data showed.

That followed a further 12 military planes in the previous 18 days and represents the most intense level of Russian military air activity with Syria since October.

Publicly available tracking data gives only a snapshot of Russian military flights to Syria because not all such planes can be tracked.

One person who has worked closely with Russian forces in Syria said Moscow’s reinforcement effort was meant to send Ankara a message and was “a show of muscles”.

The same person said the swift build-up was an insurance policy in case the Putin-Erdogan meeting flopped and Ankara applied restrictions on the Bosphorus or in its airspace. 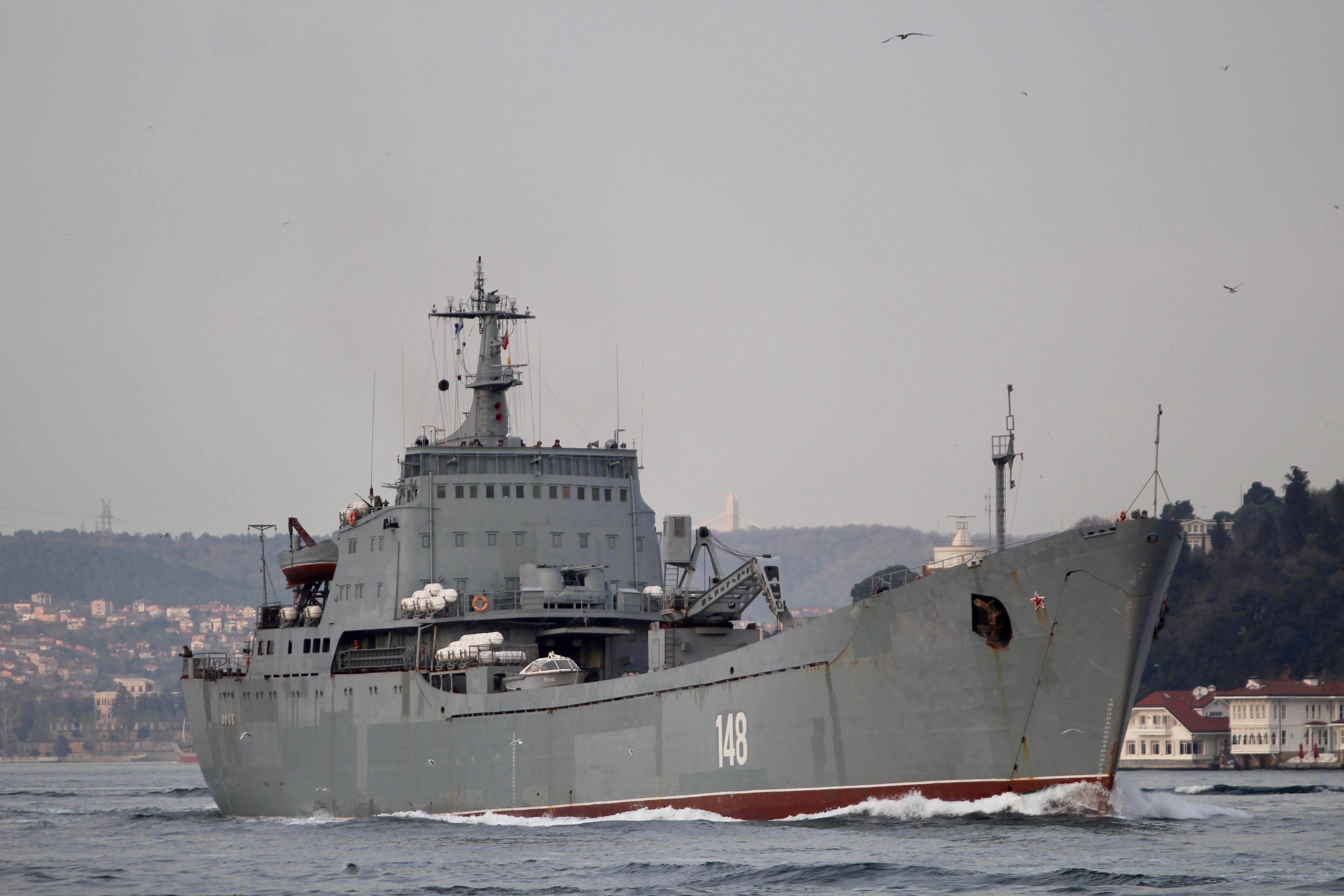 Turkey shows sign s of having noticed Russia is also concentrating its forces near its main air base in Syria, Hmeymim, in Latakia province.

“Russia is conducting a serious build-up near Hmeymim,” said a Turkish security official, who added that Moscow had also stepped up its logistical support for the Syrian army.

“These are steps that may damage the positive atmosphere that could be found before tomorrow’s meeting,” said the official though hoping for “positive results”.

On an empty Via Dolorosa before Easter, praying for the world's sick

Into The Grey Zone podcast: Episode Seven – A Battle of Values