The shocking images show a giant fireball shoot up into the air. Reports are claiming at least six people have been injured with at least four suffering from burns. The fire happened at a petrol station in Akademgorodok, near Novosibirsk, Russia.

An emergency official said: “As a result of the incident at a filling station six people were wounded, including one child.

“Four were hospitalised to a burn centre.

“Two worked with the Emergencies’ Ministry, among the first to arrive to extinguish the fire. Currently, fire extinguishing work is underway.”

One witness said: “A second gas station is already on fire…a second station.” 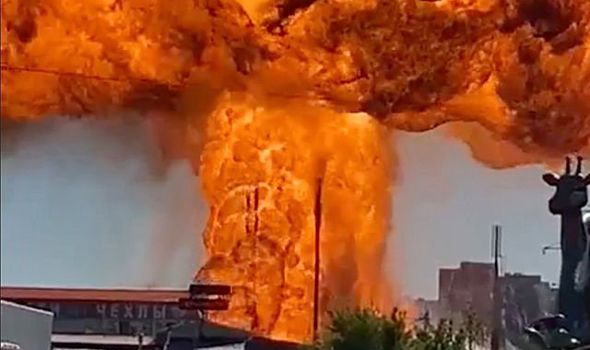 Another witness stated: “The area is full of ambulances. And those who came to gawp at the fire were also burned.

“One of the explosions thundered when the first fire engine got to the petrol. I hope the firefighters are alive.”