Major General Chip Chapman explained that high-tech weapons were not getting to Russia due to sanctions, leaving the industry sector facing an “absolutely awful” crisis as components needed for the weapons are not getting through. Major General Chapman claimed Ukrainians were receiving better weapons from NATO-aligned countries and it was giving Ukrainians the ability to fight smarter on the battlefield. Countries in the West have sent Ukraine top-of-the-range systems in order to fight off the Russian onslaught, and have continued to keep doing so.

The military expert told Times Radio: “Well I think that’s true, I mean if you analyse the Russian economy at the moment, of course, the energy sector still looks fairly healthy but the industrial sector looks absolutely awful.

“I mean the number of closures of plants which could actually impact on cities which are sustained just by one industry.

“So the high tech stuff, which is being… Not getting to Russia by the sanctions is a real concern for them.

“And that is caveating the way they will be able to fight the war, precision-guided munitions need all that sort of high-tech wizardry within them. 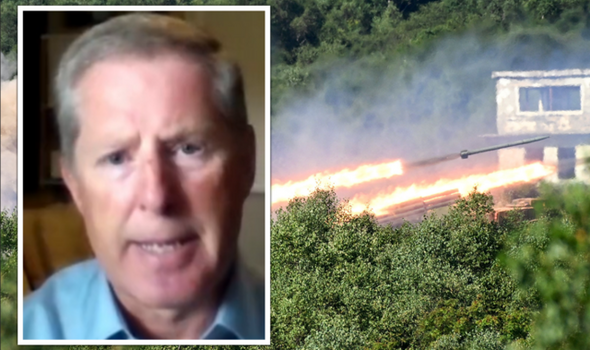 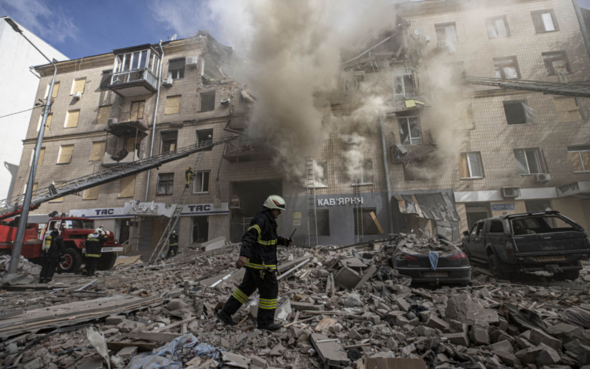 Major General Chapman added: “We know that they fire over some 3500, probably more than that now, Precision guided munitions.

“And as the Ukrainians get better with the equipment given to them and the surveillance and electronic warfare and other gizmos from the West.

“The ability of the Ukrainians to fight smarter is what really comes to form, and that’s what we’re seeing.”

Ukraine: Soldier cheers on comrades during advance in Kherson

Countries that are NATO aligned have been sending Ukraine top-of-the-range weapons since the beginning of the war.

Ukraine has been equipped with HIMARS and NLAWs and anti-tank missiles in order to push back on the Russian advancement of their land.

Some experts have been claiming in recent weeks that the EU is now running low on weapons due to them giving them to Ukraine.

Germany has rejected the request to send Ukraine two tanks but has vowed to continue giving and showing support. 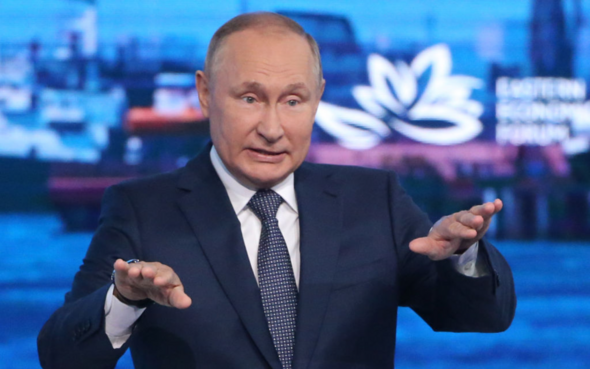 Deputy Director of the Atlantic Council’s Center for Strategy and Security Matthew Kroenig has been warning that Russia is running out of weapons to use on the battlefield.

Mr Kroenig said: “Russia is out of ammunitions, it can’t get munitions from other countries and even China is refusing to help Russia’s military effort.

“So Russia is turning to Iran and North Korea, these countries are providing Russia with more ammunitions now, but I think it shows that Russia is at the end of its rope.”

US White House officials have been warning that Putin may be gearing up for a new weapons deal with North Korea as he is getting more desperate.