Russia ‘crushed to the west of Kherson’ says expert

Russian forces in the occupied city of Kherson have come under increasing pressure to retreat from the region as the Ukrainian military have advanced defensive operations. As part of a strategic mission to cut off transport routes into the city, Ukraine has destroyed several key road bridges, compromising supply routes vital to Moscow’s troops. Major General Chip Chapman, a former British Military Advisor warned that, if Ukraine continues to pursue this strategy, Vladimir Putin’s forces will be “crushed” and forced to relinquish control of the region to Kyiv.

Speaking to Times Radio, Major General Chapman said: “I do think the Russians can be kettled and crushed to the west of Kherson.

“The three rivers that really back onto them, Pivdennyi, Dnieper and Inhulets, means that their supply is getting pretty low.

“They could consider surrender en masse and that could have a ripple effect.”

He suggested the collapse of Russian control in Kherson could prompt a widespread “ripple effect,” meaning Kremlin forces could abandon other core occupied territories. 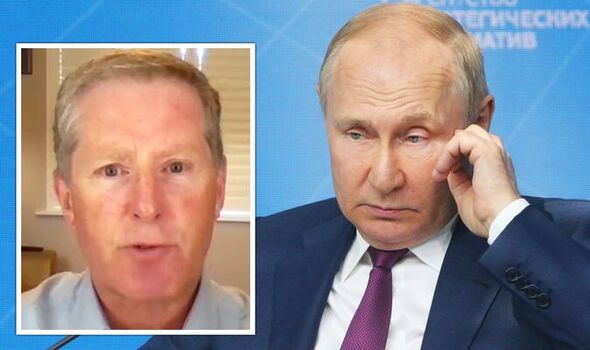 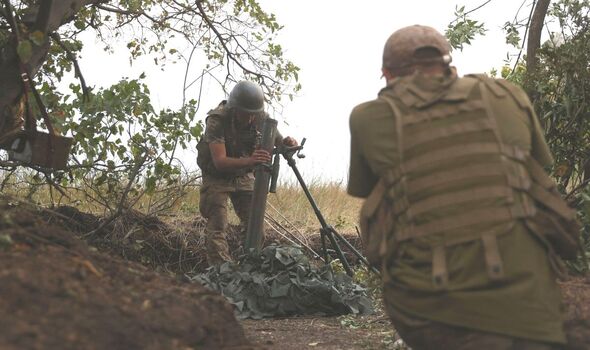 Major General Chapman continued: “One of the uncertainties of war is the human domain of resistance.

“One of the things we always say is that total means multiplied by the strength of your will, gives you the power of resistance and that is a really difficult thing to measure.

“We saw that on day one with the expectation that Russia would march in and take over within three days, but they failed to understand.

“Will the Ukrainians fight? The answer was yes. How will they fight? Very well. And will they continue to fight? Yes, they will.”

He added: “It is nations that fight wars, not armies.” 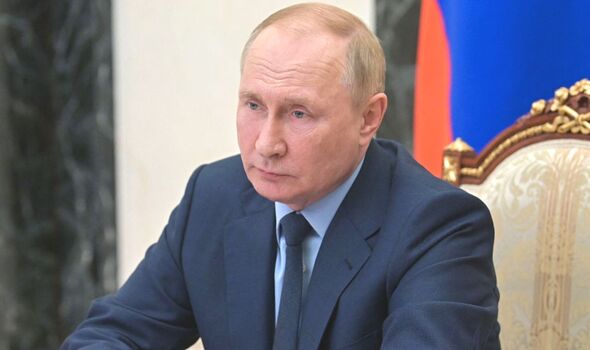 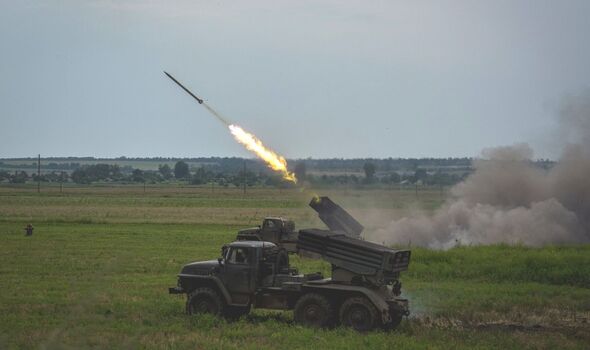 Intelligence reports from Ukraine have confirmed that two primary road bridges in the Kherson region had been destroyed in a series of attacks rendering them useless for military resupply efforts.

“Russia has only succeeded in making superficial repairs to the damaged Antonivsky road bridge which likely remains structurally undermined.”

The report added: “Even if Russia manages to make significant repairs to the bridges, they will remain a key vulnerability. Ground resupply for several thousand Russian troops on the west bank is almost certainly reliant on just two pontoon ferry crossing points.” 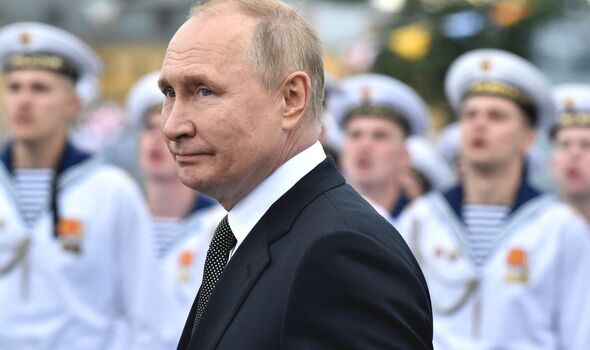 Russian attempts to repair the damage have come under further attack as Ukrainian forces have used American missile systems to strike the bridges repeatedly.

The occupation of Kherson has become one of the most notable successes of the Russian invasion as Moscow’s forces have held the city since March.

However, the lack of reliable resupply routes has left the occupying forces vulnerable to attack and under pressure to retreat as equipment and other resources continue to dwindle.

As Major General Chapman suggested, the loss of Kherson could crucially damage support for the Kremlin’s invaison meaning, if the occupied city falls, Ukraine could be faced with a wave of Russian surrenders.

Read next:
EU on brink of ‘full-fledged nuclear’ disaster after Russia assault
The Russians are getting sick of Putin’s war, says FREDERICK FORSYTH
Ukraine LIVE: Putin humiliated as masterplan ‘has gone to s***’
Russian base burns following explosion
Putin forces backed into corner in south Ukraine

Labour councillor accidentally sets himself on fire during Zoom meeting