A landmine detection rat has been awarded a gold medal for showing “lifesaving bravery and devotion to duty”.

Magawa has cleared more than 141,000 square metres of land, an effort that has earned him a PDSA Gold Medal, the animal equivalent of the George Cross.

Amy Dickin, the PSDA’s awards and heritage manager, told Sky News: “He will no doubt enjoy a watermelon or two over the weekend, I believe that’s his weekend treat. And he loves a banana when he’s on shift as well so I’m sure he’ll be back to work performing his life-saving duties and we’re so immensely proud” 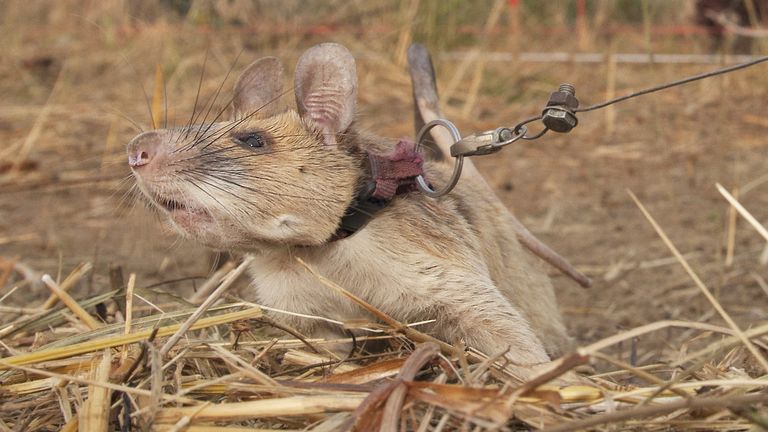 He was trained by APOPO, which trains rats to detect landmines and tuberculosis, and he is the first rat in the charity’s 77-year history to receive such an honour.

Christophe Cox, the chief executive of APOPO, said Magawa’s medal was “an honour” for the charity and its animal trainers.

He also said the award would bring global attention to Cambodia and other countries where landmines continue to injure and kill people.

It is estimated that between four and six million landmines were laid in Cambodia between 1975 and 1998, resulting in more than 64,000 casualties.

Rats are good at detecting these mines because of their intelligence and their willingness to do repetitive tasks for food, Mr Cox said.

Their small size means they are in less danger in a landmine field and they are faster than alternatives such as a metal detectorist.

Magawa, for example, can search an area as big as a tennis court in just 30 minutes, whereas it would take up to four days for a human with a metal detector to cover the same area. 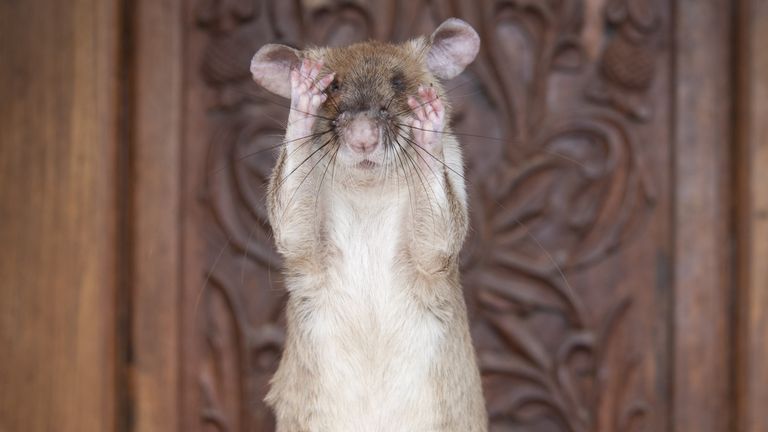 APOPO trains the rats for a year and they work for about half an hour a day, usually early in the morning.

Once the rats find a landmine, they tell their human handlers by scratching the top.

Jan McLoughlin, director general of the PDSA, said the work done by Magawa and APOPO was “truly unique and outstanding”.

She added: “Magawa’s work directly saves and changes the lives of men, women and children who are impacted by these landmines. Every discovery he makes reduces the risk of injury or death for local people.

“The PDSA Animal Awards programme seeks to raise the status of animals in society and honour the incredible contribution they make to our lives.

“Magawa’s dedication, skill and bravery are an extraordinary example of this and deserve the highest possible recognition. We are thrilled to award him the PDSA Gold Medal.”

‘You’ve got the wrong guy’: What it’s like to be detained at gunpoint outside your own home

Market close: NZ sharemarket falls more than half a per cent