Ukraine: Britons discuss their thoughts on the UK's involvement

Russia today resumed pumping gas via this, its biggest pipeline to Europe, following a 10-day outage. Despite the reopening of supplies, officials have noted that uncertainty remains.

Even before the outage began on July 11, gas flows had been cut by 60 percent of the pipeline’s capacity in the wake of the invasion of Ukraine.

Resumed flows are back at this 40 percent level, figures show.

A spokesperson told Reuters: “We are in process of resuming gas transportation.

“It can take few hours to reach the nominated transport volumes.” 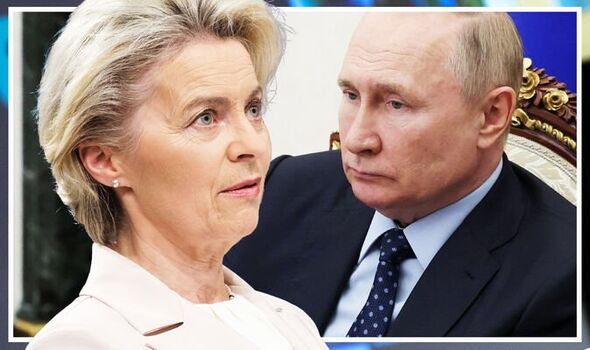 By 8am UK time, physical flows had returned to pre-maintenance levels (29,289,682 kilowatt hour/hour).

Klaus Mueller, President of Germany’s network regulator, said the continuation of the 40 percent cap was a sign the row over energy supplies was far from over.

He wrote in a post on Twitter: “The political uncertainty and the 60 percent cut from mid-June unfortunately remain.”

Mr Mueller added that “there is still no reason to sound the all-clear”.

It comes as Europan Commission President Ursula von der Leyen urged member states to reduce their gas consumption, adding: “I know this is a big ask, for the whole of the EU. But it is necessary to protect us.”

Armed police in Papakura, residents urged to stay away