Video footage released by Ukraine’s armed forces has been doing the rounds on the internet. The footage shows the mass destruction of Russia’s weapons arsenal. Ukraine’s military managed to low up eight 152mm 2A65 Msta-B howitzers and a Russian weapons depot based in Ukraine. The war in Ukraine has continued to rage as both neighbouring countries have halted peace talks.

Once the locations are secure, Ukrainian forces begin to fire at the targets, destroying eight 152mm 2A65 Msta-B howitzers and an ammunition depot.

Huge explosions can be seen in the aftermath of the Ukrainian bombardment.

Buildings on fire were engulfed in flames and large areas of forest can be seen covered in thick clouds of grey smoke. 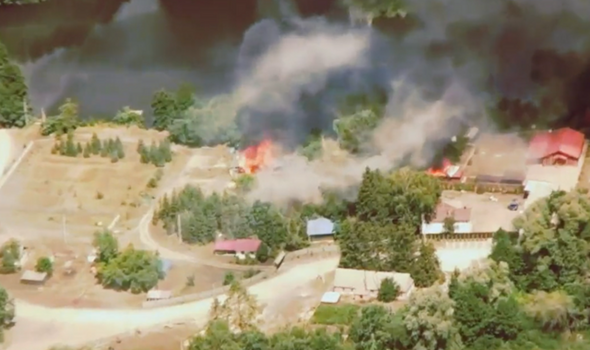 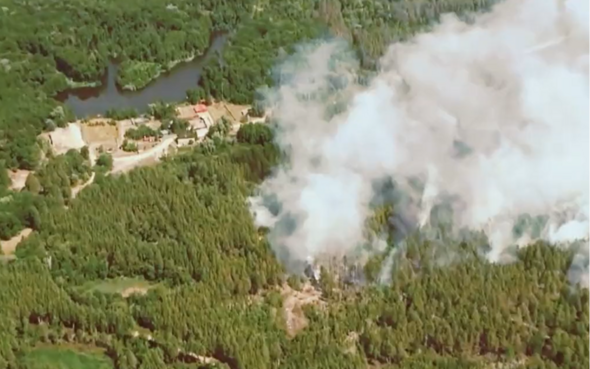 Users on social media have been reacting to the footage.

@Michael54866170 said: “This is what the 2nd or 3rd video in the last 2 days of Ukraine destroying Russian artillery batteries wonder is it down to Russia running low on ammo failing to suppress Ukrainian artillery.”

@Vpleivo said: “Combination of that and more Ukrainian long-range arty and PGMS. Better counter-battery radars. Russians failing to adapt due to lack of training. More drones.”

@GerryGszarek said: “This has made my morning here in the USA. Obviously no counterfire back at the Ukraine positions. I wonder if they are goofing off or have run out of ammo?”

@Fioknevem said: “Great job by the drone pilot. It was quite windy.”

@Ravijavvji said: “I wish entire war is only about destroying equipment instead of people in this process.” 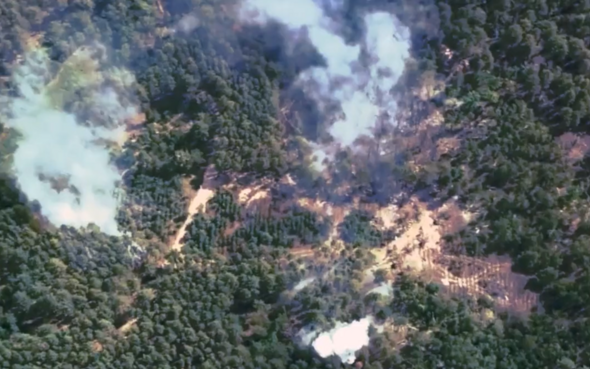 Ukraine received the howitzers from Germany and the US earlier this month, in order to fight off any Russian advancement.

NATO-aligned countries have vowed to arm and support Ukraine throughout the illegal invasion.

A US official confirmed last month: “We do believe that these howitzers will be […] very, very effective in helping in the Donbas fight, which we’ve already seen, is deeply reliant on long-range fires, specifically artillery by both sides.

“We’ve described it as a potential knife fight, and I think it’s beginning to shape up to be exactly that.”