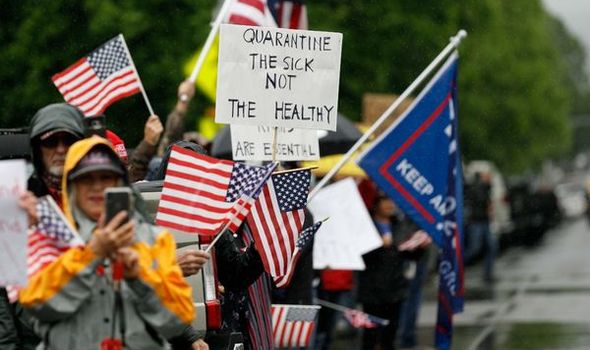 In the US, which has the highest death toll of 66,000, campaigners demanding that businesses be allowed to reopen gathered outside Los Angeles City Hall.

Protesters also invaded closed beaches and occupied the lawn outside California’s state capital Sacramento where the virus has claimed the lives of 2,073 in the Golden State.

Crowds gathered, too, in Illinois and Michigan on Friday, with protests planned yesterday in the capitals of Kentucky, Oregon and Florida.

Around half of all states, including Texas, have started reopening businesses, parks and golf courses. In California, Governor Gavin Newsom hinted that easing the restrictions was “days away”.

However, in New York City it was revealed that 98 residents had died in one care home after suffering coronavirus symptoms. 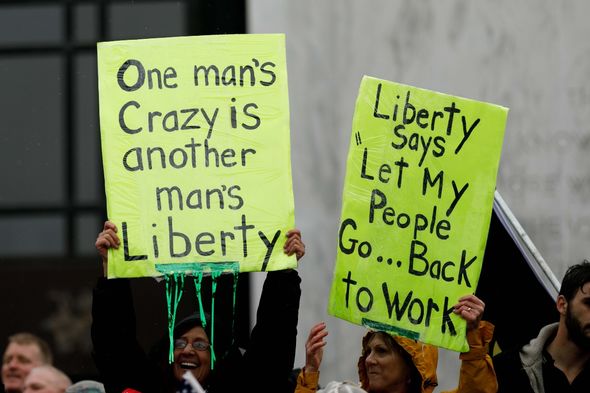 New York state governor Andrew Cuomo revealed that one in five of a sample of 15,000 people tested positive for Covid-19 antibodies, meaning they had already had the virus.

A strict lockdown remained in force as 299 new deaths were recorded, taking the state’s toll to 24,368.

In Germany, where some states are starting to relax restrictions, a TV crew and police officers were attacked during a protest of around 1,000 people in Berlin’s Kreuzberg. But in Spain, joggers, cyclists, skateboarders and walkers celebrated being allowed to exercise outdoors for the first time in seven weeks.

From tomorrow the wearing of face masks on public transport in Spain will be compulsory.

In Italy, people will be able to visit relatives from tomorrow, but only in small numbers. Parks, factories and building sites will also be allowed to reopen. 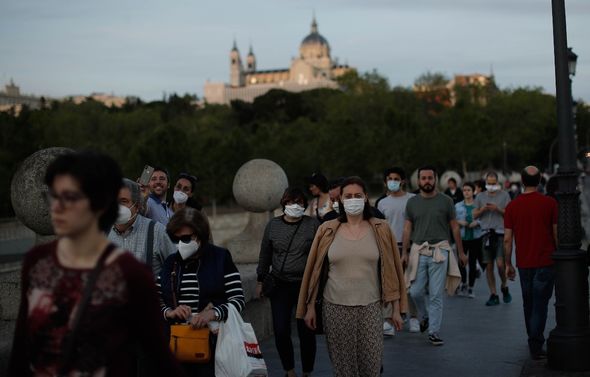 The Prime Minister is back in action, testing has been ramped up drastically and we’ll finally see the Government’s “road map” out of lockdown this week.

But despite glimmers of good news, it’s near impossible to imagine a time after coronavirus.

We could be living with the virus for months, or years depending on the development of treatments and vaccines.

And the cost of all this will have long-lasting implications.

Create your own survey at doopoll.co

The Treasury thought its central emergency package, the furloughing scheme, would be taken up by roughly 10 percent of businesses.

But the British Chamber of Commerce says more than 70 percent have furloughed some, if not all, of their workforce.

The Treasury plans to borrow £180billion to get us through the next three months alone.

There’s no way of knowing the total cost of our coronavirus strategy yet, but it will be astronomical. So now is the time to get creative. We’re in uncharted territory and new financial worries will require new policy answers. If we’re lucky, this will be a one-off spending spree that was necessary to keep business and workers afloat.

This is one reason why it’s so important to balance the books in the good times – so the Government has room to spend when crisis strikes. 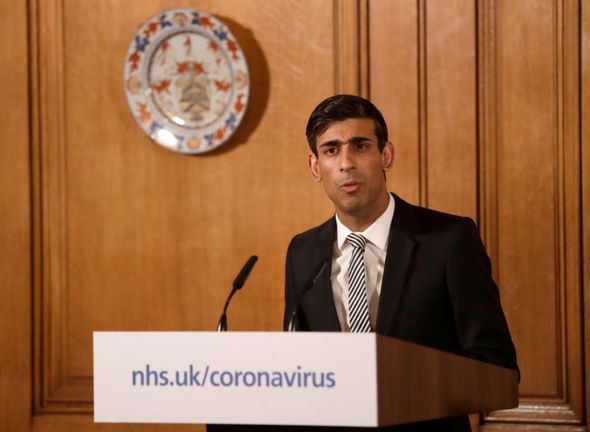 Assuming we’re not racking up a budget deficit indefinitely, there should be time to tackle new debt in a steady manner.

There may be a case for raising certain taxes, with a plan to lower them again soon. With all this red tape suspended to deal with the virus, this could be the time to slash it altogether and go for a pro-growth agenda.

But we must be cautious of radical policies that will do more harm than good. Prolonged government interference in the economy will stifle the boom so desperately needed when the economy awakes.

We’re approaching a time for big thinking, robust debate. By the time we weed through good and bad policy ideas, it might just be time to implement them.

At U.N., Belarus accuses western states of trying to sow 'chaos and anarchy'