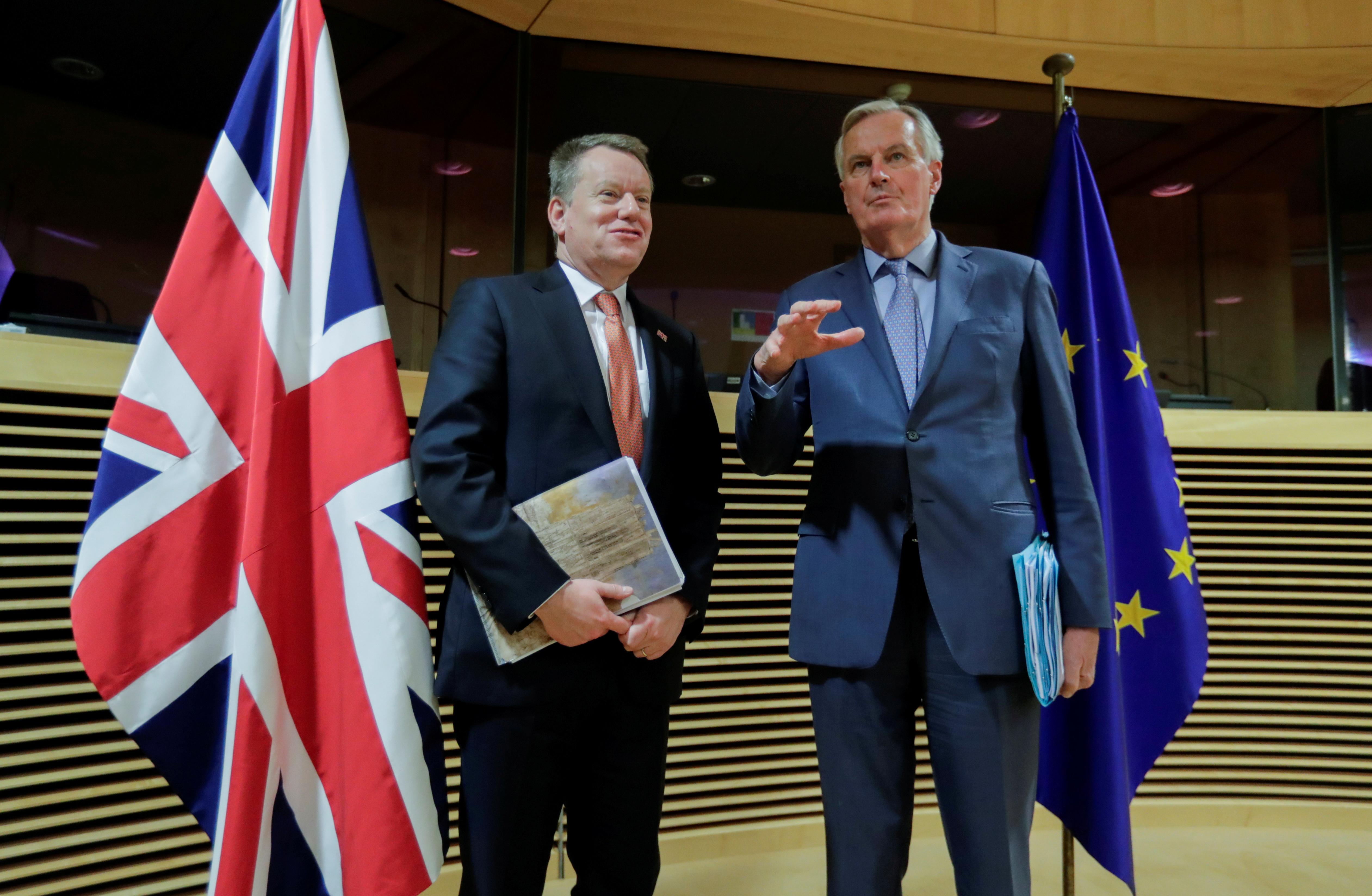 LONDON (Reuters) – Top British and European Union negotiators will dine at Number 10 Downing Street later on Tuesday, kicking off the latest round of Brexit talks that have all but stalled because of major differences over their future relationship.

Last week’s round was cut short with both sides saying that, while they wanted an agreement, they had yet to overcome the gulf in positions that could see Britain leaving a status-quo transition period at the end of this year without a trade deal.

After leaving the EU in January, Britain is keen to strike out alone, pursuing trade deals with other countries and setting up its own sanctions regime, and has insisted it should not have to sign up to the bloc’s standards.

Brussels has also stood firm, with EU negotiator Michel Barnier saying last week there could be no economic partnership without “robust guarantees for a level playing field – including on state aid – to ensure open and fair competition”.

“(UK negotiator) David Frost and Michel Barnier are having dinner at Number 10 this evening for informal talks,” said a spokesman for British Prime Minister Boris Johnson.

“The dinner tonight kicks off the talks and then tomorrow there’ll be teams of officials from the UK and from the EU sitting down having further discussions.”

With a starter of asparagus and a dessert of summer fruits, Downing Street might be hoping to sweeten the talks, although the main course of fillet of halibut might be a nod to another stumbling block in the talks over fisheries.

Asked whether Britain had new proposals, the spokesman said: “I am sure discussions will cover everything from what the EU calls the level playing field through to governance structures.”