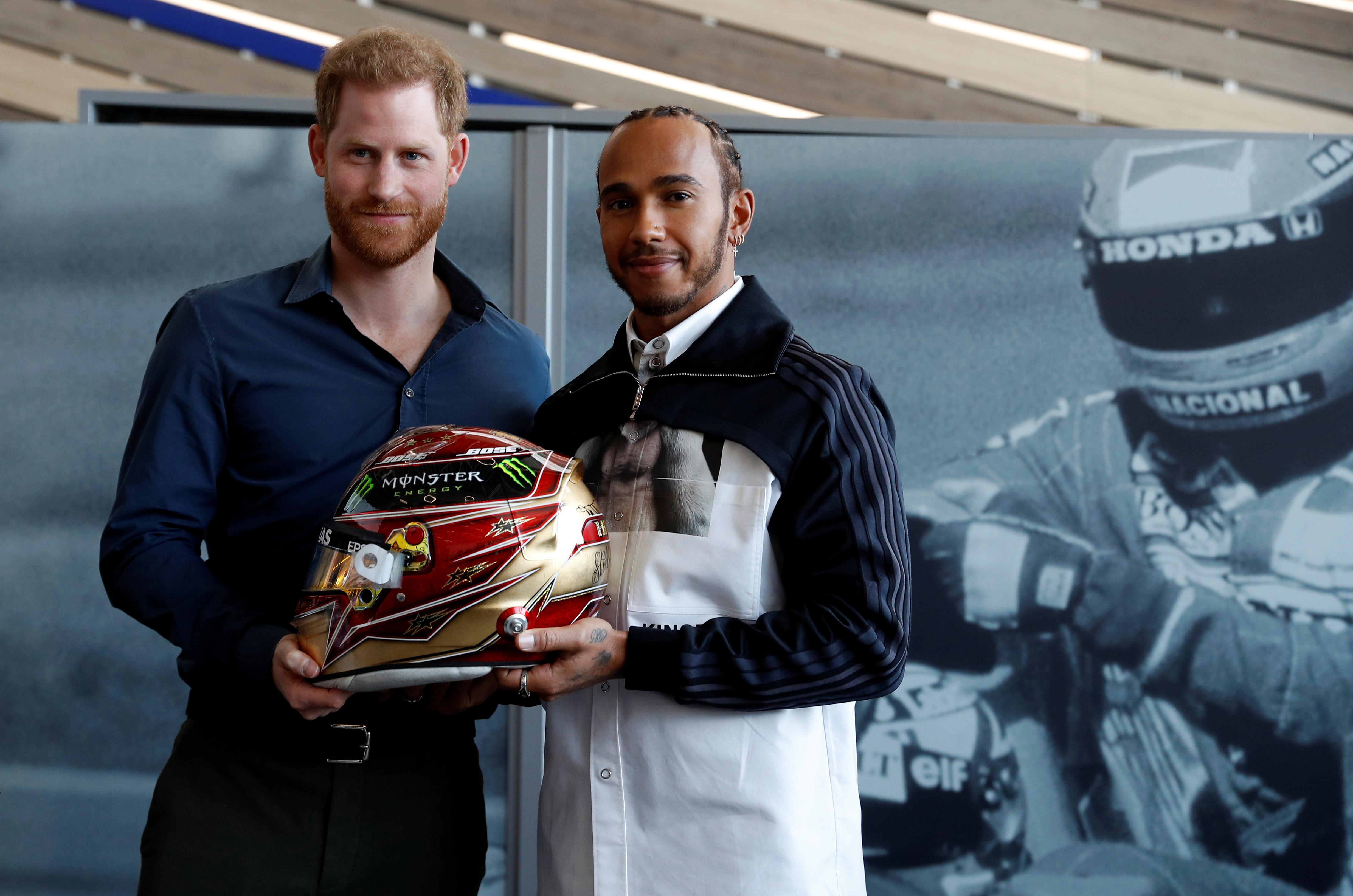 SILVERSTONE, England (Reuters) – Prince Harry and Formula One world champion Lewis Hamilton opened a new museum on Friday at Britain’s Silverstone race circuit, in one of the prince’s last public duties before he quits as a working member of the royal family this month.

Silverstone was an airbase during World War Two and the first British Grand Prix of the modern era was held there in 1948.

The museum houses cars and bikes from 70 years of racing at Silverstone in central England, with interactive games and replicas for visitors to try.

On Thursday, Harry and his wife Meghan, the Duke and Duchess of Sussex, attended an awards ceremony for wounded service personnel, appearing together for the first time since January’s announcement that they would stop their royal duties.

Next week, Harry, 35 and Meghan, 38, will carry out what is expected to be their last official appearance alongside other senior royals including the 93-year-old queen, Harry’s father and heir-to-the-throne Prince Charles, and his brother Prince William at the annual Commonwealth Service at London’s Westminster Abbey.

Trump news: Donald Trump to host his own ceremony as Joe Biden is inaugurated

Opinion: Bowel cancer killed my friend Ness. This is what I learned.