As coronavirus upends tradition, ministers could soon be social distancing and answering questions on video conferences. 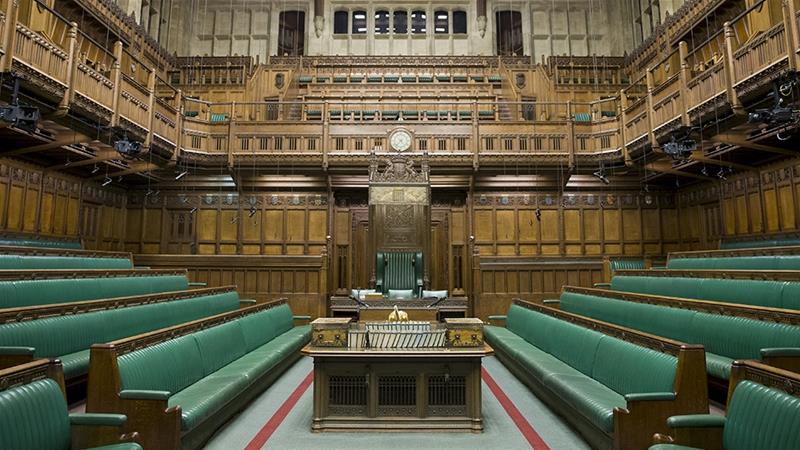 London, United Kingdom – As they return to work from an Easter break, legislators in the United Kingdom will vote on holding Parliament virtually amid the coronavirus pandemic, which has so far claimed the lives of more than 16,000 people in the country.

If they approve the measures on Tuesday, the House of Commons will sit remotely for the first time in its 700-year history – and MPs will be able to quiz government ministers via Zoom.

“I do not want Members and House staff putting themselves at risk. By working virtually, this is our contribution to the guidance of stay home, protect the NHS and save lives,” said Lindsay Hoyle, Speaker of the House of Commons who is behind the proposal.

Under the plan, up to 50 legislators will be allowed in the chamber at any one time under strict social distancing rules, with another 120 able to participate virtually using Zoom.

Screens will be placed around the Commons to allow those present in the chamber to communicate with others joining remotely.

The virtual sittings will be in place for the first two hours of each day’s parliamentary business – questions to ministers, plus their responses.

Prime Minister’s Questions at midday on Wednesday could be the first event to use what Hoyle has described as a “hybrid [system] to keep democracy going during the coronavirus crisis”.

Once up and running, the system will be extended to cover debates and legislation, the House of Commons Commission said.

No decision has yet been made on remote voting.

Currently, MPs crowd into small rooms known as division lobbies to cast their votes in person.

Hannah White, deputy director of the Institute for Government think tank, said the moves would ensure officials were held to account for major decisions at a moment of national emergency.

“The government have taken sweeping powers and is asking people to do really dramatic things in terms of their lives,” White told Al Jazeera.

“They have got to maintain public trust in that; that they’re not just acting in an authoritarian way, but are accountable.

“Parliament plays a really important role in that.”

The return of Parliament comes as the ruling Conservative Party government faces mounting pressure over its handling of the COVID-19 pandemic.

Johnson is recovering from the coronavirus infection and has left Dominic Raab, the foreign secretary, in charge.

The main opposition Labour Party, headed by Keir Starmer, is expected to press the government for answers.

The UK remains under lockdown, a period of strict physical distancing measures that the government recently extended by three weeks.

“I think we will also see Starmer once again press this demand for some kind of discussion of an exit from lockdown,” Tim Bale, a politics professor at London’s Queen Mary University, told Al Jazeera.

“He seems to think that it is very important, but the government [regards] that as risking a dilution of the main public health message.

“Policy at the moment is being driven less by public opinion and scrutiny and more by the advice they [the government] are getting from scientists.”

Sleep experts discover Brits dream about sex more than anything else