The Kremlin has been rocked to its foundations after Ukraine launched a surprise counterattack in the northeast of the country. Kyiv’s forces have smashed through Russian defensive lines in the Kharkiv region and are now threatening to cut off thousands of Putin’s troops in the city of Izyum – a gateway to the Donbas. The Russian President and his commanders are facing an unprecedented military humiliation and are desperate to halt Kyiv’s momentum.

Now it appears that the Russian tyrant is placing all his bets on the TOS-1A heavy flamethrower to help him save the day.

The TOS-1A is a thermobaric weapon which can cause devastating destruction and carnage.

This type of munitions releases a large cloud of flammable gas and causes massive explosions.

It is able to generate temperatures up to 3,000 degrees Celsius and can quite literally “vaporise human bodies”.

Normally such a weapon is used to clear out buildings, bunkers and other fortifications.

Russian reports today say the flamethrower will lead to “guaranteed defeat of the enemy”. 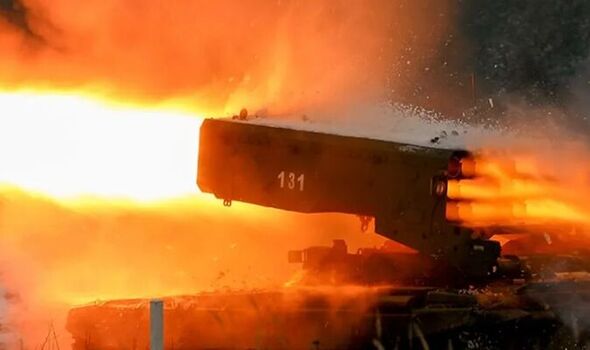 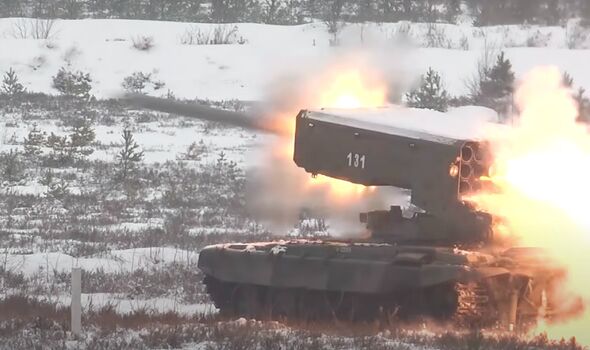 A source told ultra-loyalist news outlet RIA FAN: “These weapons are considered the most terrible, there are no analogues in any country in the world.

“The Americans even tried to ban it, but not because it really is a weapon of mass destruction, but because the Americans can’t do anything like that.”

The destructive power of a TOS-1A was graphically highlighted in a 2011 edition of the US Army’s World Equipment Guide.

It stated: “The primary … effect [created by the TOS-1’ss rockets] is a long-duration high-pressure blast wave which creates a vacuum – then precipitates a reverse wave.

“These pressure/vacuum surges (up to 427 pounds per sq inch) cause a ripping effect on soft materials (such as airplane skin, radar surface, human lung tissue). 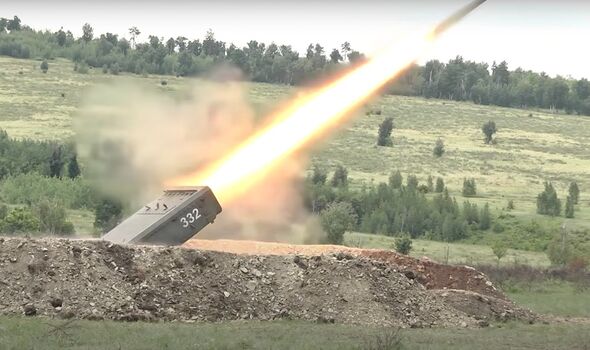 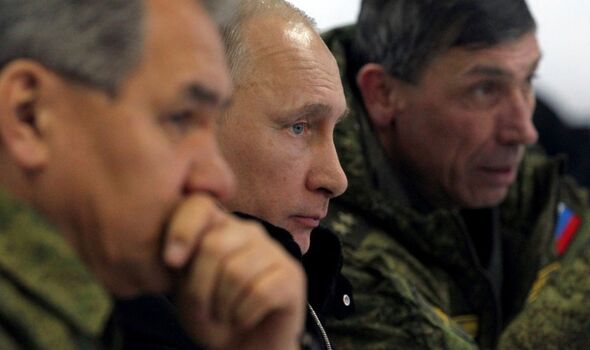 “Walls and surfaces within the affected area do not necessarily shield victims, rather cause multiple pressure waves, which amplify the tearing effects and can topple structures.”

“Even those outside of the blast area will be rendered ineffective with debilitating mental and physical trauma.”

It comes amid reports that Ukrainian forces have now captured the key cities of Izyum and Kupiansk.

The BBC says that a number of pro-Russian Telegram channels have claimed Ukrainian forces now control half of Kupiansk, while Ukrainian sources have told the outlet that Kupiansk has been “completely liberated”. 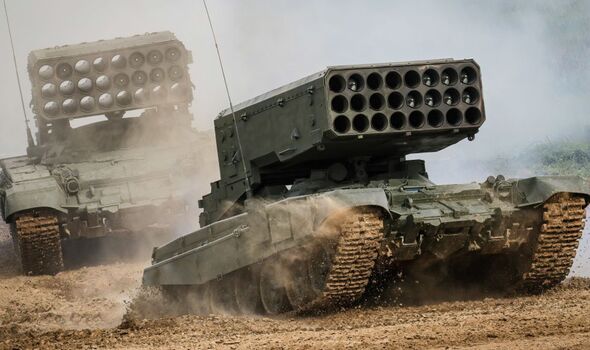 Other channels reportedly said Ukrainian troops were already in the city’s centre.

“The city was not destroyed by the work of artillery ‘in squares’, as happens during the assaults of the RF Armed Forces, and there was no assault as such – the Russian military fled without any panic, abandoning their equipment.

He added: “In the future, the qualitative superiority of the Armed Forces of Ukraine will lead to a radical change in the front lines, with the inevitable final – the defeat of the Russian Federation. It’s just a matter of time.”

Donald Trump was asked what he had to say to Americans scared of coronavirus. This was his response