BEIRUT (Reuters) – Like many Lebanese expatriates, Nadim Srour wired savings back as a nest egg for his return. Now those deposits have crumbled in an economic crisis and a Beirut blast has destroyed his home. 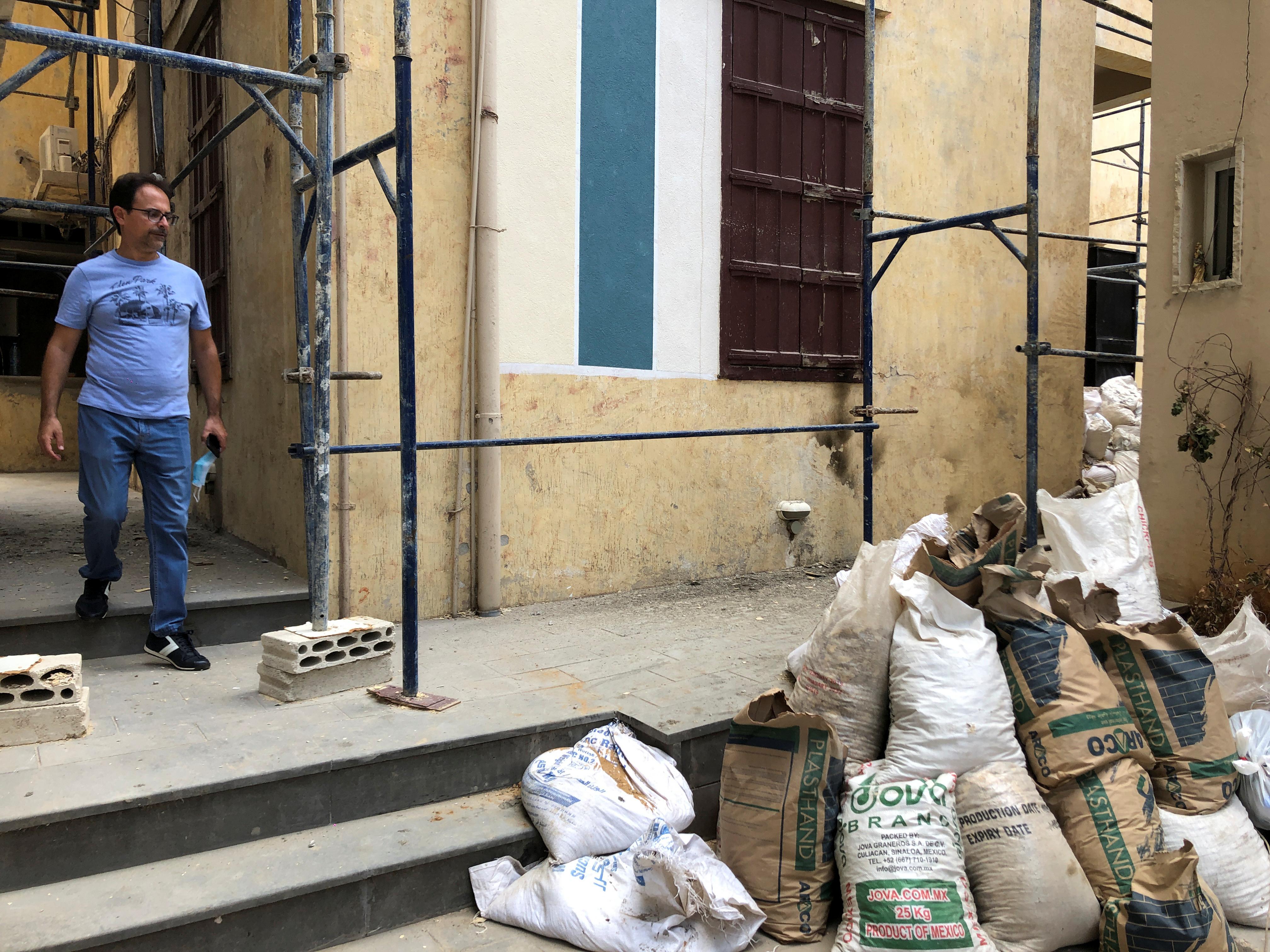 “Our lives turned 180 degrees,” said the 43-year-old who returned from the Gulf with his wife and two sons in September 2019 – a month before Lebanon’s banking system imploded and a year before the port explosion shattered a swathe of Beirut.

“Now we are ruined.”

His story is far from unique in a nation that piled up a mountain of public debt to rebuild after its 1975-1990 civil war, attracting savers with high interest rates, but squandered most of the cash amid mismanagement and corruption.

The system that some economists likened to a state Ponzi scheme collapsed last year. Banks drew down the shutters on savers like Srour, who now face strict limits on the amount they can withdraw, while the real value of those deposits has been slashed as Lebanon’s pound has crashed.

“We have money and they will not give it to us. We are being driven like sheep,” said Srour, who left the United Arab Emirates after a construction downturn there and has now joined Lebanon’s growing ranks of jobless.

A minister in January put the unemployment rate at above 35%. Economic hardship has only deepened since then.

Compounding the crisis, a huge quantity of highly explosive material stacked up in unsafe conditions in a warehouse in Beirut port blew up on Aug. 4, killing more than 190 people and destroying houses – including the apartment of Srour’s parents where he had returned to live until he could buy his own place.

A charity helped Srour find a Beirut flat for his family, while his elderly parents and brother, who is unable to work due to childhood injuries sustained in the civil war, have moved to the mountains, a place of refuge in Lebanon’s troubled times.

Srour’s savings have been frozen for two years under a deal allowing him to convert his Lebanese pounds to dollars. But he can only withdraw at an exchange rate of 3,900 to the dollar, well below the pound’s street value which has touched 8,000. The pound was previously pegged to the U.S. currency at 1,500.

Banks also limit how much savers can withdraw. “Now we stand in line outside the bank and hope we get a turn,” Srour said.

The curbs have not been formalised as capital controls and the central bank has said deposits would not be subject to a “haircut”, or a reduction in the total depositors will receive.

But such comments offer little reassurance to Srour or his father, Maurice, who rebuilt his savings once before after a 1980s currency crisis. Although he has money in the bank, his family can only take out the equivalent of $1,000 a month.

“Even if I want to use it to fix my house, the bank won’t give it to me,” Maurice Srour said.

The central bank has instructed Lebanese banks to offer interest-free, dollar loans to help those making repairs. But borrowing at any rate does little for those without salaries.

“I don’t want a loan. I want my money,” said Samir Sfeir, a 75-year-old retiree with cuts on his arms from the port blast.

He can only withdraw $700 a month from the bank and has turned to the generosity of friends to help rebuild his home. Joe Nader, a 48-year-old bank employee and property owner, has been repairing a furnished apartment building for his 13 tenants. But he struggles to find the dollars suppliers demand.

He said his family “are selling our possessions for cash: gold, prayer beads, paintings” to raise the dollars he needs.

For some, like Srour, this is a fresh reminder of why they went abroad to work in the past. And given the chance, he’d leave Lebanon again: “If we could, we would do so tonight.”