KABUL/JALALABAD (Reuters) – Gunmen disguised as police attacked a hospital in the Afghan capital, Kabul, on Tuesday, killing 16 people including two newborn babies from a maternity clinic run by the international humanitarian organisation Doctors Without Borders. 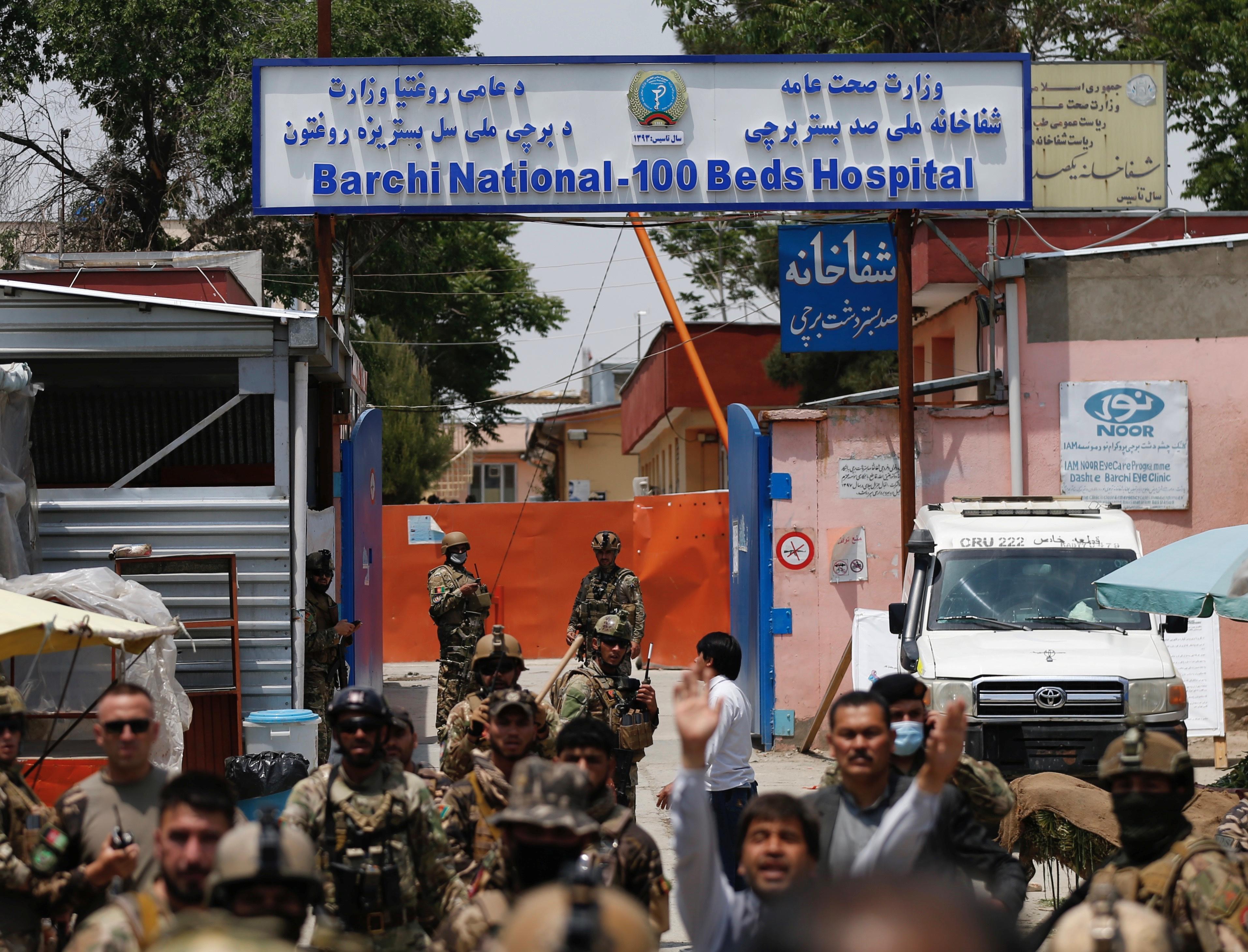 In a separate attack the same day, a suicide bomber struck the funeral of a police commander, attended by government officials and a member of parliament, in the eastern province of Nangahar, killing at least 24 people and injuring 68. Authorities said that toll could rise.

There was no immediate claim of responsibility for either attack. The Taliban, Afghanistan’s main Islamist insurgency group which says it has halted attacks on cities under a U.S. troop withdrawal deal, denied involvement in both.

The Islamic State militant group operates in Nangahar and has carried out a number of high-profile attacks in Kabul in recent months. On Monday security forces arrested its regional leader in the capital.

The violence, as the country battles the coronavirus pandemic, risks derailing momentum towards U.S.-brokered peace talks between the Taliban and an Afghan government long sceptical of the insurgents’ renunciation of attacks.

“If the Taliban cannot control the violence, or their sponsors have now subcontracted their terror to other entities —which was one of our primary concerns from the beginning — then there seems little point in continuing to engage Taliban in ‘peace talks,” tweeted Hamdullah Mohib, the government’s national security advisor.

The Kabul attack began in the morning when at least three gunmen wearing police uniforms entered the Dasht-e-Barchi hospital, throwing grenades and shooting, government officials said. Security forces had killed the attackers by the afternoon.

“The attackers were shooting at anyone in this hospital without any reason. It’s a government hospital, and a lot of people bring in their women and children for treatment,” said Ramazan Ali, a vendor nearby who saw the start of the attack.

MSF confirmed in a tweet that the hospital had been attacked. Just hours before it had tweeted a photo of a newborn at the clinic in his mother’s arms after being delivered safely by emergency caesarean section.

Interior and health ministry officials said that mothers, nurses and children were among the dead and wounded.

Photos from the Ministry of Interior showed two young children lying dead inside the hospital. Soldiers ferried infants out of the compound, some wrapped in blood-stained blankets. Officials said 100 people in total were rescued, including three foreign nationals.

The neighbourhood is home to many members of Afghanistan’s Hazara community, a mostly Shia Muslim minority that has been attacked by Sunni militants from Islamic State in the past, including at a Kabul ceremony commemorating the death of one of its leaders in March.

“The unconscionable war crimes in Afghanistan today, targeting a maternity hospital and a funeral, must awaken the world to the horrors civilians continue to face,” the group tweeted. “There must be accountability for these grave crimes.” 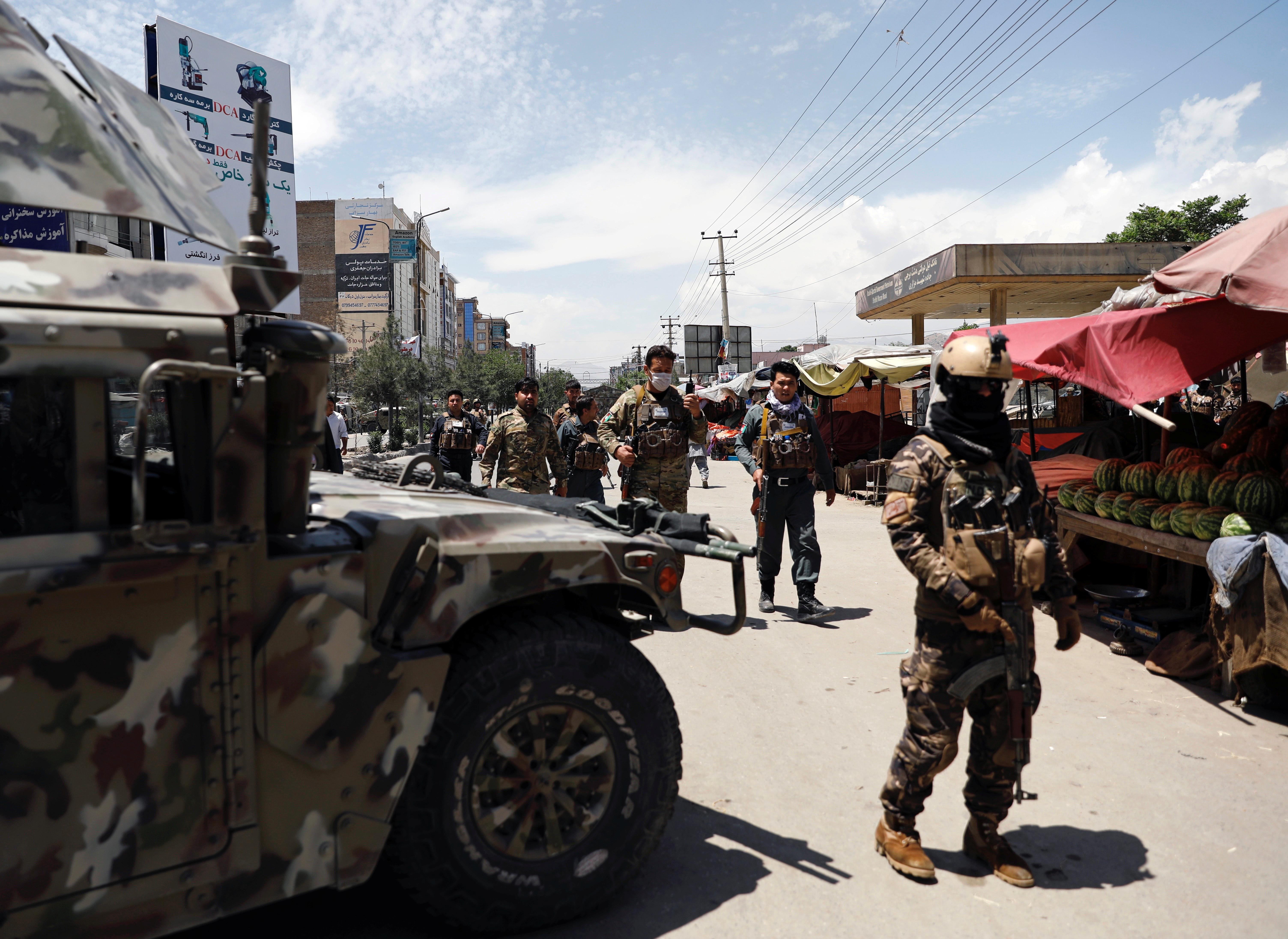 Last week, security forces killed and arrested several members of an Islamic State cell that authorities said was responsible for several attacks in Kabul including one on a Sikh temple in March. A roadside blast in the capital on Monday, which wounded four civilians, was claimed by the group.

Afghanistan is also facing violence around the country from the Taliban, even as the United States tries to usher in peace talks after signing a troop withdrawal agreement in February with the militants. The Taliban say they are holding back from attacking urban centres and their operations are aimed at government security forces.

Closest Tesla servicing 360km away in Christchurch for Mosgiel woman

Coronavirus: Nine good things to come out of COVID-19 pandemic