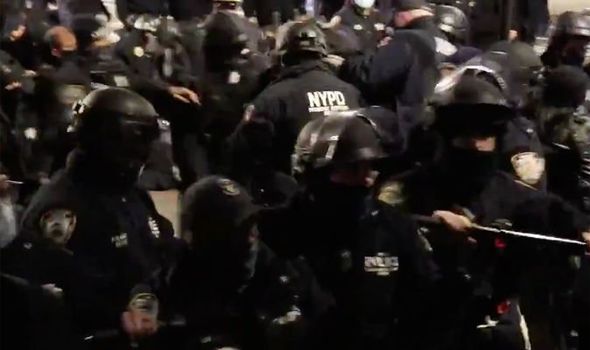 The NYPD reported 29 protesters were arrested throughout the demonstration, and 10 officers had been injured. They claimed an officer was hit in the head with a bottle, as social media footage showed police roughly take down protesters. Officials did not share what charges the protesters were arrested on, but footage said police told the crowd they were “unlawfully in the roadway”. It follows New York’s attorney general suing the NYPD over their rough treatment of Black Lives Matter protesters last spring.

Turkey threatens Greece with war for extending its territorial waters