JERUSALEM (Reuters) – Israel’s Supreme Court ordered the speaker of the parliament on Monday to put into motion a move in parliament, which he had rejected, that could weaken close ally Prime Minister Benjamin Netanyahu’s hold on power. 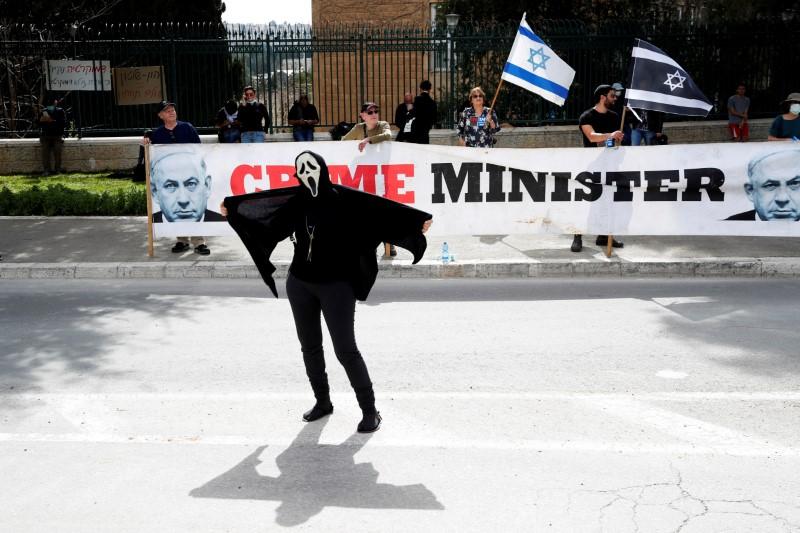 The rare court intervention in parliamentary procedure followed Yuli Edelstein’s refusal to hold a vote on March 25 that would likely remove him as speaker and fast-track legislation to bar Netanyahu from forming a new government with a corruption trial looming.

Edelstein, a member of Netanyahu’s right-wing Likud party, had cited the coronavirus crisis and the Israeli leader’s call for a “national emergency government” as reasons for delaying a vote for the speaker’s position, following an inconclusive national election on March 2.

Although no government has been formed to replace Netanyahu’s caretaker coalition, a new parliament has been sworn in and Netanyahu’s main rivals – the centrist Blue and White party and its allies, which include a coalition of Arab parties, control a slim majority – 61 of its 120 seats.

Hearing a petition from Blue and White and democracy advocacy groups on Monday to force Edelstein to schedule a vote for a new speaker, the court gave him until the evening to say whether he would be prepared to do so at a parliamentary session on Wednesday.

After the deadline passed, Edelstein took to Twitter with an emphatic no.

“With all due respect, I cannot agree to the ultimatum presented to me and Israel’s parliament to hold the session no later than March 25,” Edelstein wrote, saying that setting the legislature’s agenda was the speaker’s prerogative, not the court’s.

Soon after that, the court issued a ruling instructing him to hold the vote within the next two days.

“The continued refusal to allow for a full vote in the Knesset for the election of a permanent Knesset speaker undercuts the foundations of the democratic process,” Chief Justice Esther Hayut wrote in the ruling.

There was no immediate word from Edelstein whether he would obey the order.

Defiance of the ruling would put Israeli democracy to a new test amid allegations by Netanyahu’s critics that he has taken a turn toward autocracy, Israeli political commentators said.

Netanyahu, 70, made no immediate public comment on the issue. Israel’s attorney-general, who has indicted the prime minister on bribery, fraud and breach of trust charges that Netanyahu has denied, had backed Blue and White’s position.

Leading members of Likud, including the justice minister – a Netanyahu appointee – had called on Edelstein to reject the court’s call for a vote on Wednesday. But they stopped short of urging him to defy a formal ruling.

‘Not subordinate!’ Taiwan stands up to China as it vows never to surrender independence