Leader of Lebanon’s most powerful force blames US pressure in the release of the man known as the ‘Butcher of Khiam’. 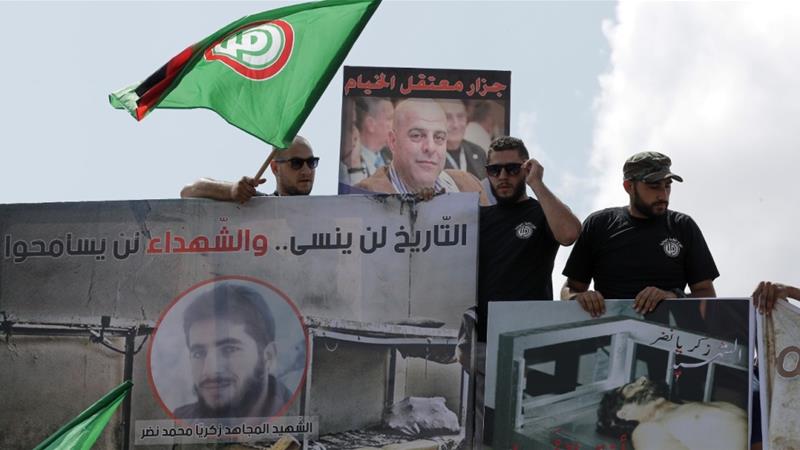 Beirut, Lebanon – The leader of Lebanon’s Iran-backed Hezbollah group on Friday denied involvement in the recent release of a Lebanese-American man accused of overseeing the torture of thousands of Lebanese during the Israeli occupation of Lebanon.

Hezbollah Secretary-general Hassan Nasrallah said that his organisation had no prior knowledge of the military court’s decision earlier this week to release Amer Fahkhoury, the commander of the notorious Khiam Prison from the 1980s until the 1990s, when he was a member of the South Lebanon Army (SLA), an Israeli proxy.

Instead, the leader of the most powerful force in Lebanon said he had learned of the decision “on television, and then made calls to inquire about it”.

“There was American pressure, and some people were weak,” he said.

Fakhoury left Lebanon on Thursday on board a US Army helicopter that departed from the US Embassy north of Beirut, following his release on March 16.

He had been detained after entering Lebanon in September and was charged with kidnapping, imprisoning and torturing inmates at Khiam.

The court, headed by Brigadier-General Hussien Abdallah, however, dropped the charges saying the statute of limitations had passed.

The US had been pushing for the release of Fakhoury, who is also referred to as the “Butcher of Khiam”. Two senators sponsored a bill that would have seen sanctions imposed on Lebanese officials involved in his detention.

Nasrallah also said the US had threatened economic sanctions at a time of crushing economic crisis, and amid fears of such measures being imposed due to US President Donald Trump’s “maximum pressure campaign” against Iran and its affiliates.

He said some Lebanese officials had come to him and asked him whether charges against Fakhoury could be dropped, in order to secure his release at a time when Lebanon could not bear any more pressure.

Nasrallah said he opposed such a decision on moral grounds, but also because it would encourage the US to bully Lebanon with the threat of sanctions in the future.

Fakhoury’s release sparked outrage in Lebanon, which was under Israeli occupation from 1982 till 2000 and is officially still at war with Israel.

Many saw the timing of Fakhoury’s release – as the country is in a partial lockdown over the global coronavirus pandemic – as intentional to contain public anger.

Several prominent journalists and politicians, including some supporters of Hezbollah, said a decision of this scale could not have been made without the implicit approval of the party and its allies, who have control over the Parliament and government.

Hezbollah and its allies – the Amal Movement and the Free Patriotic Movement (FPM) – who are represented by most ministers in government – have all condemned the decision.

Lebanon’s Information Minister did not respond to a request for comment on the matter. 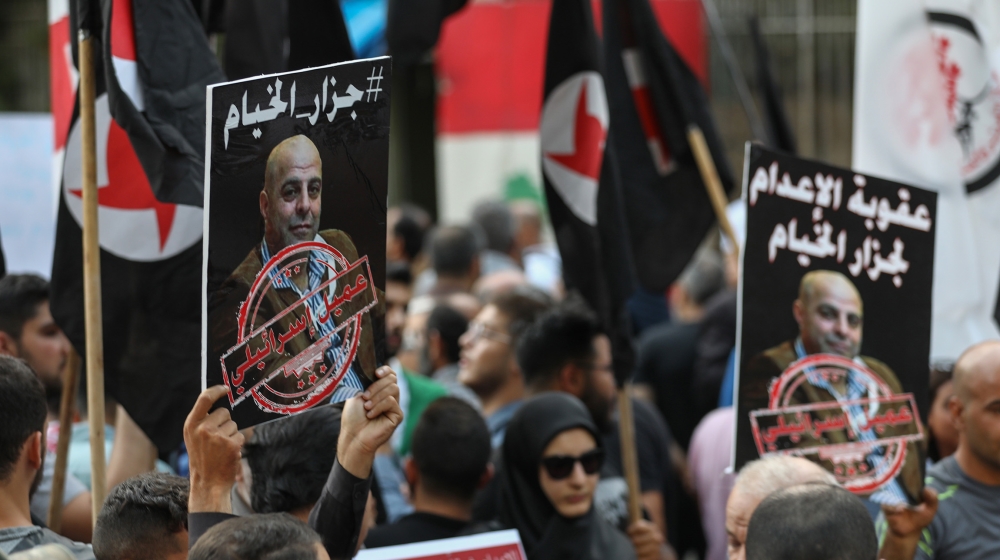 Nasrallah said criticisms of Hezbollah, a group that fought the SLA and Israel for decades, were part of a campaign aimed at breaking the confidence of its supporters towards the group.

“We had no knowledge of any deal, and we know that there was no deal,” Nasrallah said.

Hezbollah had condemned the decision to release Fakhoury from the outset, saying in a statement that the military judges who agreed to drop charges against Fakhoury should have resigned instead of bowing to US pressure.

On Friday, Military Tribunal head Abdallah announced his resignation, saying he had only been implementing the law and was leaving his post out of respect for the military.

It was part of a string of developments aimed at containing the fallout from the scandal.

Prime Minister Hassan Diab wrote on social media that “the crime of collaborating with the Israeli enemy cannot be forgotten”.

Defence Minister Zeina Akar said she would amend Lebanon’s penal code to remove a statute of limitations on “aggression against Lebanon,” and would add language concerning crimes against humanity, which Fakhoury is accused of.

On Friday, former inmates at Khiam Prison filed suits against anyone involved in Fakhoury’s release – specifically including politicians and members of the military court – for crimes including “conspiracy with a foreign state”.

‘A’ is for ‘Asymptomatic’ — a glossary of coronavirus terms