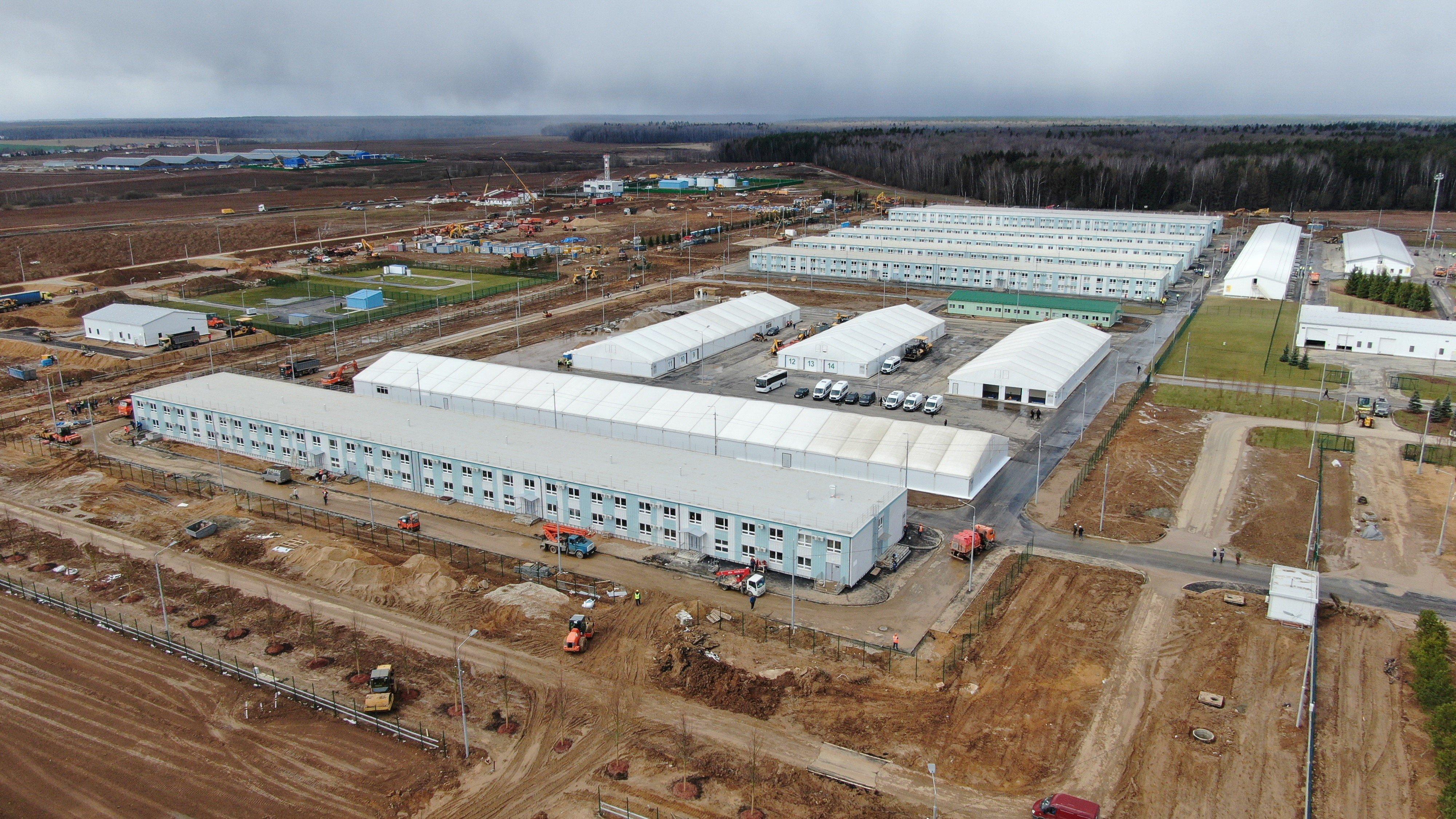 MOSCOW (Reuters) – A new Moscow hospital built in just over a month began admitting patients infected with the new coronavirus on Tuesday to help the Russian capital cope with a growing number of cases that have stretched its medical infrastructure.

Russia has so far reported more than 50,000 cases and just over 450 coronavirus-related deaths. Moscow, a city of more than 12.5 million, has been the area worst hit by the outbreak, recording 29,433 cases and 233 deaths.

Moscow began building the hospital on the city’s southwestern outskirts on March 12 using pre-fabricated materials, a technique similar to that used by China to erect medical facilities from scratch at breakneck speed after the new coronavirus emerged there late last year.

When the facility’s assembly began, Russia had yet to report any deaths related to the virus and was recording significantly fewer infections than many western European countries.

But cases in Russia this month have risen sharply, and the Kremlin has said hospitals in Moscow are receiving a large influx of patients and are being pushed to capacity.

The new facility, which has 800 beds, admitted its 20 first patients on Tuesday, Moscow’s health department said on its website.

Sergei Perekhodov, the hospital’s chief doctor, said the facility was equipped to carry out more than 10,000 coronavirus tests a day and could treat patients with respiratory failure linked to COVID-19, the acute respiratory illness caused by the coronavirus.

Moscow has entered its fourth week under a lockdown and last week introduced a digital permit system to control movements across the city.

Mike Pence reportedly in Vail Valley for the holidays

Home Depot to buy back HD Supply in $8 bilion deal